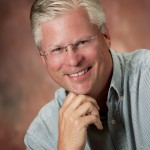 Beating back the college debt beast before it beats you

Editor’s Note: You’ve heard the student loan horror stories, so instead of telling another cautionary tale, I’m just going to offer this one frightful fact: Seven in 10 students who graduated from public and nonprofit colleges have student-loan debt, with an average of nearly $30,000 of debt. Yikes.

So how can you save for college before the student-loan debt is upon you? For that we turn to John F. Wasik, author of the new book, “The Debt-Free Degree.” Wasik last wrote for Making Sen$e in a column about investing lessons we can learn from John Maynard Keynes.

The following is excerpted from the “The Debt-Free Degree.” For more on this topic, check back into Making Sen$e tomorrow for another excerpt on how to pick the right college to avoid debt. The full ebook available online.

You can conquer the student debt beast by saving early and often — if you’re in a position to do so.

We opened up Section 529 college savings plans when our daughters were born. One was a Coverdell College Savings Plan, which we later rolled over into a 529 plan. These are special plans offered by states that exclusively focus on college savings.

Although we planned to save as much as we could for college, like most long-range plans, a lot of things got in the way. First, there were the massive stock market sell-offs of 2001 and 2008. Then there was the loss of what I thought was a steady job (right after the first market crash).

Just after the 2008 bust, I lost another job, and my wife was diagnosed with and then treated for cancer, which depleted much of our cash savings. On top of that, we had the usual expenses of painting our house, fixing our driveway and replacing appliances. Lightning struck our house — twice — although thankfully it only fried a few appliances.

Despite all of these travails, we managed to save something in our daughters’ 529 plans, which were linked to a credit card that added 1 percent in contributions with every purchase. Looking at the current prices of decent colleges, though, we knew it wouldn’t be enough. I still had to save for retirement, because I had increasingly fewer years to accumulate money (I am now late in my sixth decade) and needed the tax deductions for my 401(k) contributions.

So if you are a parent considering children — or have children now — setting up a college savings plan is an essential first step to avoiding debt. They are great vehicles, because they accumulate money tax free and allow you to withdraw funds for college without paying income tax. With 529 plans, you are investing in mutual funds that grow over time. If you do it right — and can save prodigiously — you’ll be in good shape when the first college bills start rolling in when they’re 18.

There are other options in college savings plans, of course.

Save early and often in 529 plans

Every state has a program, but you can invest in any plan. For parents, you can start when a child is born, although the plans can be started at any time.

Direct-sold plans that don’t charge a commission are best. Look for low expense ratios in mutual funds and choose an “age-based” program that automatically reduces stock-market risk as your child gets closer to college. Also ask about state-specific tax breaks.

Want to boost college savings even more? Students, instead of asking for gifts from grandparents and other relatives for birthdays, Christmas, Bar Mitzvahs, etc., tell them to directly contribute to a 529 plan you’ve set up. While they don’t get a deduction for contributing, they can help build your college fund, which will grow over the years.

Keep in mind that proceeds from 529 plans are tax free — but only if you use them for educational expenses such as tuition, room and board, books and other college fees.

To find out which plans are offered by your state, go to savingforcollege.com.

Left: How can you save for college before the student loan debt is upon you? Photo by Image Source/Getty Images