California’s wildfire victims could be like most homeowners: underinsured

As owners of the nearly 18,000 properties destroyed by California’s recent wildfires begin to file insurance claims, many of them will likely find they do not have enough insurance to cover the cost of rebuilding.

Surveys from the research firm Marshall & Swift/Boeckh have found about 60 percent of homeowners nationwide are underinsured by approximately 17 percent of the cost of their home. That means they would be short about $34,000 on the average national home price of $200,000.

In California, surveys of past fire victims consistently show more than half of homeowners are underinsured. Santa Rosa Mayor Chris Rogers, whose city was hit by the Tubbs fire last year, testified at a state legislative committee hearing earlier this year that two-thirds of the people affected by that wildfire were underinsured.

Insurance claims from this year’s wildfires have already topped $9 billion for both homes and commercial properties, the state’s insurance commissioner announced last week. More than 28,000 claims have been filed for residential property and that number is expected to increase as more people get access to what remains of their homes.

“The cost of rebuilding is going to be far beyond what people are insured for.”

Right now, the 10,564 people who lost their entire homes in the trio of fires that engulfed swaths of the state last month are most at risk of facing a finance shortfall. If homeowners did not have sufficient insurance coverage, they will likely not be able to rebuild entirely without digging into their own pockets.

“I have a lot of concern about how we are going to rebuild,” said Mike Zuccolillo, a city councilman for Paradise, the city almost completely destroyed by the Camp Fire. “What we are facing now is the cost of rebuilding is going to be far beyond what people are insured for.”

Why are homeowners underinsured?

Most homeowners will never know if they are underinsured because few people experience a total loss of their property.

Only about 6 percent of homes make an insurance claim in any given year, according to the Insurance Information Institute’s analysis of claims for 2012 through 2016. The chance that a home will be completely destroyed is much smaller.

There are a few key factors that lead to underinsurance.

First, rising construction costs can create a gap between a home’s original insurance coverage and the cost of rebuilding.

That means the longer a person owns a home, the more likely their original insurance policy will not pay out enough money to rebuild. 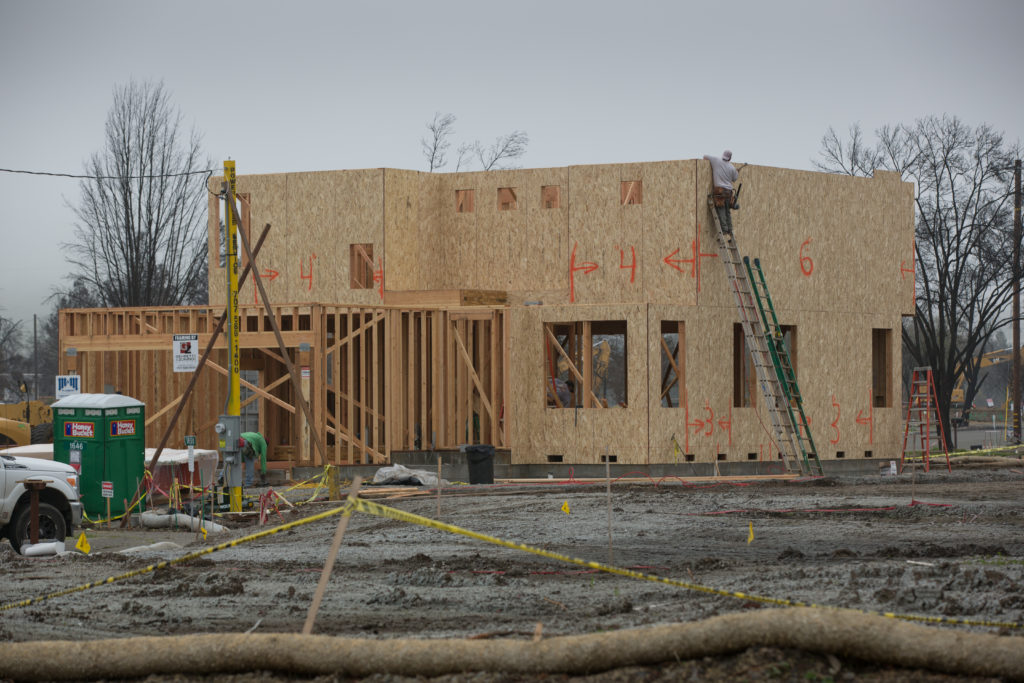 Businesses and residential homes in the Coffey Park neighborhood slowly move through the rebuilding process after a wildfire swept through Santa Rosa, California. Construction costs reportedly doubled after the fire. Photo by George Rose/Getty Images

People who own a home for a long period of time are also more likely to upgrade their property or add square footage. Unless a policyholder informs the insurance company, their policy will likely not be enough to cover the additions.

Lastly, damage from wildfires is covered in a traditional home insurance policy, but people who experience other natural disasters might need additional insurance — for instance, to cover flood or wind damage.

That was the case for many homeowners in the path of Hurricane Harvey. More than 80 percent of Harvey victims did not have flood insurance, which is separate from a typical homeowners policy.

Who is responsible when a home is underinsured?

“The reason why it ends up coming back to the homeowner is because you know your individual homes,” said Janet Ruiz, the California spokeswoman for the Insurance Information Institute.

Courts have agreed with that conclusion, to the dismay of consumer advocates, who say it is rare for a customer to win a lawsuit against an insurance company for underinsurance.

“The consumer has been handicapped,” said Amy Bach, the executive director of United Policyholders.

She said customers often have to prove through documentation that they asked the insurance company to raise their coverage and the company failed to do.

What’s being done to fix the problem?

California is starting to take steps to remedy the underinsurance problem.

This year, the state legislature approved two bills that require insurance companies to provide homeowners estimates for replacement costs every other year. While the onus will still fall on the homeowners to request their coverage be increased if needed, lawmakers hope the estimates will allow them to make a more informed decision.

Homeowners in other states will still have to do their own research to determine whether their insurance policy is sufficient.

People can also do their own calculations by calling local construction contractors and asking what they charge to build per square foot.

But a note of caution: Renovations, which might be necessary in the case of a damaged home, are often more expensive per square foot than new construction.

Homeowners can also buy what’s known as extended or enhanced replacement coverage, which will pay out about 25 percent above your insured limit to cover a surge in construction costs.

If a homeowner decides to request an adjustment to their policy, Bach advises them to do so via email, specifically requesting complete coverage of their home and asking for documentation that the policy has been modified.

That will give policyholders legal support if their home is destroyed and they find the insurance company does not agree to cover the entire cost of damage.

What it means for Paradise

For some people in Paradise, the decision could come down to building a smaller home or not rebuilding at all. 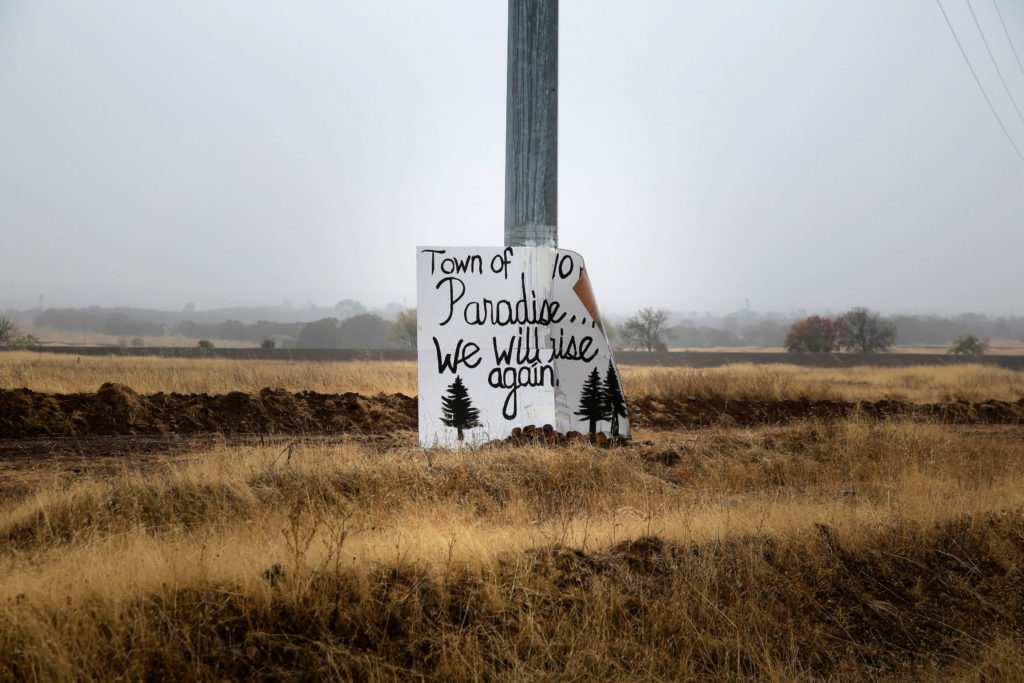 A handwritten sign is seen on a telephone poll on the road to Paradise in Chico, California. Many Paradise residents have vowed to rebuild. Photo by Elijah Nouvelage/Reuters

Wildfire victims who find they don’t have enough money to rebuild can apply for low-interest loans from the Small Business Administration to cover the gap. Last fiscal year, the federal government approved $7 billion in disaster loans for homes and businesses.

Yvette Streeter, a former volunteer firefighter who lost her home to the wildfire in Paradise, said she is still calculating whether she will have enough to rebuild. She said her insurance company has been helpful, paying out their policies quickly and checking in on her regularly. Requesting help from the federal government has been more strenuous.

“I think it will be a long time for Paradise to recover,” she said.

But she is determined. Even if she does not get federal help and needs to settle for a smaller home, Streeter, like many residents of Paradise, envisions a new home on the exact same lot where her house stood before.

Left: A house destroyed by the Camp Fire is seen in Paradise, California. Insurance claims have already topped $9 billion. Photo by Terray Sylvester/Reuters