Arguing in favor of the White House economic agenda on air has come naturally to Larry Kudlow, the veteran television commentator and radio host who President Donald Trump picked to replace Gary Cohn as chief of the National Economic Council.

But now, Kudlow, who emerged as a vocal Trump supporter during the 2016 election, will face a harder test as he’s tasked with selling Trump’s economic message to the entire country, in an election year where many voters remain skeptical of the president’s job performance and policies around trade.

Kudlow started his career at the Federal Reserve Bank of New York before joining the Reagan administration, where he worked in the Office of Management and Budget. But Kudlow is best known for his work as the host of two CNBC shows, both of which are no longer on the air, and as the current host of the weekly syndicated radio program, “The Larry Kudlow Show.”

Kudlow will need to tap into his years of experience developing a public persona and more recent role as an outspoken Trump ally to convince voters that the president’s policies are good for the economy.

“We have a booming economy now, and yet you have a president who has a 40 percent approval rating,” said Stephen Moore,a fellow at the conservative Heritage Foundation who helped Kudlow work on the Trump campaign’s tax plan in 2016. “That means Larry has to go out there and sell this to the American public.”

Kudlow has wasted no time in doing that. In his first interview after the news of his appointment broke on Wednesday, Kudlow praised Trump effusively and hailed his economic achievements.

Kudlow will need to tap into his years of experience developing a public persona to convince voters that Trump’s economic policies are working.

Kudlow’s communication skills could also be a valuable asset as the White House pushes its agenda in Congress, where lawmakers have often balked at some of Trump’s proposals, including the president’s decision earlier this month to impose tariffs on steel and aluminum imports. Moore credited Kudlow with getting a number of lawmakers on board with Trump’s push for tax reform. A bill was eventually passed through Congress and signed into law late last year.

Kudlow “is a gifted communicator. He’s well respected by members of both Houses of Congress,” Moore said. “Even people who disagree with Larry like him.”

Robert Reich, a former secretary of the Labor Department under President Clinton who has debated Kudlow numerous times on television, said he likes Kudlow personally, despite disagreeing with him on “just about everything.”

“If you are asking me if he is a good choice for the country, the answer is a resounding no,” said Reich, a public policy professor at the University of California, Berkeley.

Reich argued that Kudlow’s economic worldview disproportionately benefits the wealthy. But politics aside, Reich said, there is no disputing that Kudlow can make convincing arguments and is willing to speak his mind. 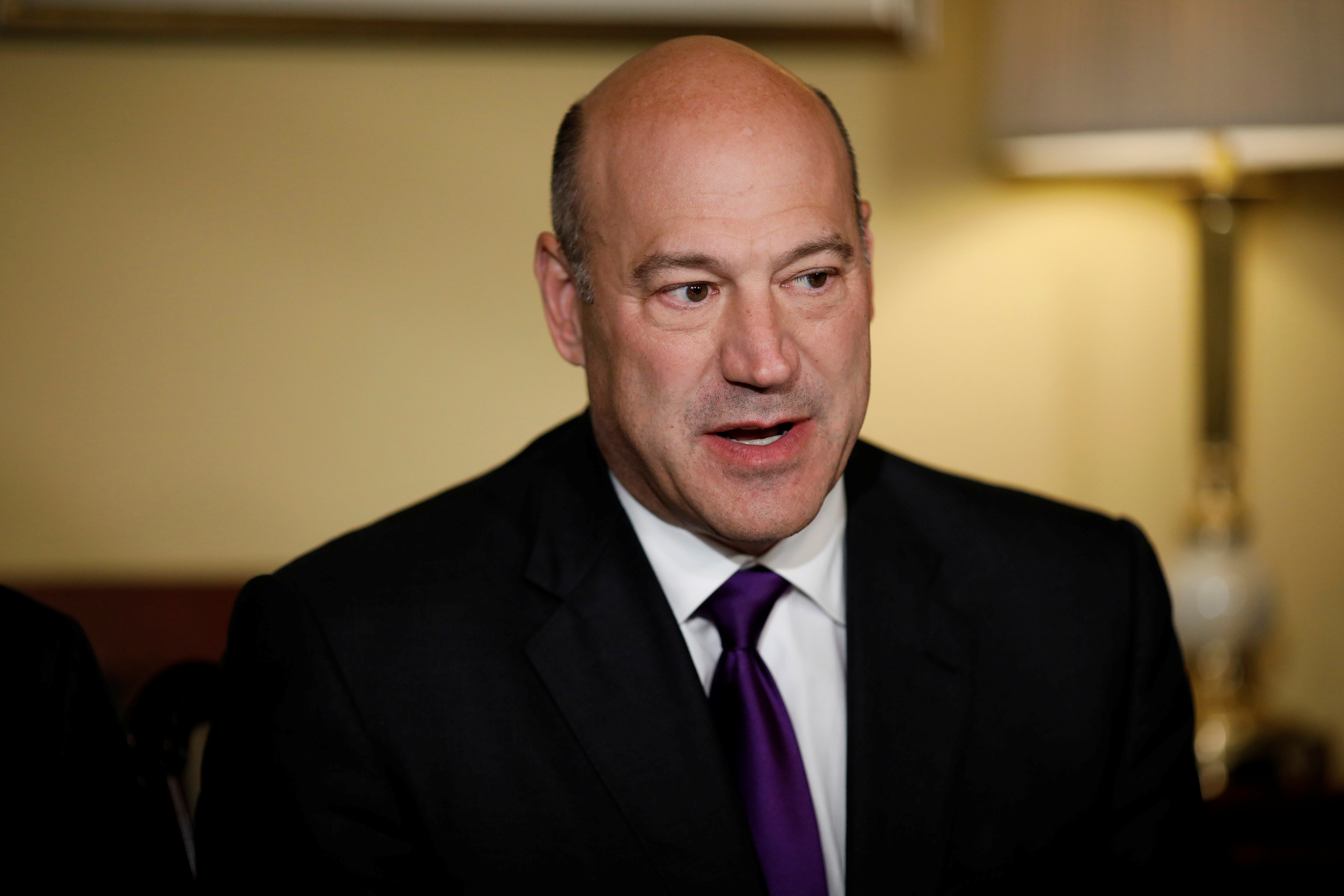 Gary Cohn, the director of the National Economic Council, announced earlier this month that he would step down from the post. Cohn opposed Trump’s decision to impose tariffs on steel and aluminum imports. File photo by REUTERS/Aaron P. Bernstein

Whether Kudlow is willing to stand up to Trump when they disagree is unclear, however. Cohn opposed the steel and aluminum tariffs but ultimately lost the internal White House debate over whether to move forward with them. His decision to resign, two days before Trump announced the tariffs, was widely seen as a rebuke of the plan, though Cohn didn’t cite tariffs as his reason for leaving the White House.

Cohn’s departure was followed this week by Trump’s decision to fire Secretary of State Rex Tillerson and nominate CIA Director Mike Pompeo as his replacement. Trump told reporters that he had a “different mindset” from Tillerson on policy issues, and said he and Pompeo were on the same “wavelength.”

Tillerson’s ousting was another high-profile staff shakeup in a month of personnel changes. In late February, White House Communications Director Hope Hicks, one of Trump’s most trusted advisers, announced that she would resign. Two other top aides, Rob Porter and John McEntee, were fired in recent weeks amid scandal.

Kudlow’s supporters predicted that he would figure out how to fit into Trump’s circle of top advisers in the White House.

“Larry is a persuasive guy,” said James Pethokoukis, a columnist for the American Enterprise Institute and a regular guest on Kudlow’s shows. “Do I expect him to turn the president into the reincarnation of Adam Smith? No. But I hope he will be a headwind against some of those protectionist policies or make them less severe.”

Earlier this week, Trump acknowledged the gap between himself and Kudlow on some key economic issues, namely his move to impose steep tariffs on steel and aluminum.

Whether Kudlow is willing to stand up to Trump when they disagree is unclear.

“We don’t agree on everything, but in this case, I think that’s good,” Trump told reporters when asked about Kudlow. “I want to have a diversity of opinions.”

But Trump also said Kudlow had “come around” to his position that tariffs can be used as leverage to renegotiate trade deals like the North American Free Trade Agreement. Kudlow has, in fact, softened his opposition to tariffs in recent days after the White House announced Canada and Mexico would be exempt.

“I don’t like blanket tariffs,” Kudlow told CNBC. “If you must, at least target them specifically. That will work.”

Kudlow’s appointment came as a relief to economists who had feared he might choose someone like Peter Navarro, the White House adviser on trade who was a major force behind the controversial tariffs on steel and aluminum. Navarro had been rumored to be on the shortlist to replace Cohn.

“If President Trump had picked Navarro, he would have been signaling he was just getting started when it came to protectionist policies,” said Betsey Stevenson, an associate professor of economics at the University of Michigan and researcher for the National Bureau of Economic Research.

Choosing Kudlow signaled that the president is at least willing to consider a more traditional approach to free trade, Stevenson said.

But others said Trump remained unpredictable.

“Kudlow is obviously coming in knowing there is a president who will make very sudden moves on things like tariff policies,” said Heidi Shierholz, the Economic Policy Institute’s senior economist, and a former chief economist at the Labor Department under President Obama. “So he knows what he’s walking into.”

Left: President Donald Trump's top economic adviser, Larry Kudlow, has been released from the hospital after what the White House had described as a "very mild" heart attack. Photo by Brendan McDermid/Reuters