How much you should spend on holiday gifts, according to an economist

Gift giving is a big deal this time of year.

To find the “perfect” gift, Americans will spend about 15 hours shopping. Women will do about twice as much as men. And they’ll shell out about US$1 trillion on gifts.

While retailers relish the holiday shopping season as a time when consumers open their purses or wallets, for many consumers – especially those who do not like shopping – these days are filled with dread. They mark moments when shoppers clog malls, websites become overloaded and delivery trucks block streets. The entire process generates untold amounts of stress and anxiety.

One source of stress is just how much to spend on gifts. Spending too much can put you in financial distress. Spending too little may make you look cheap.

How do you decide what’s the “right” amount to spend on gifts?

As an economist, I study holidays and gift giving because a large fraction of retail shopping is driven by seasonal events like Black Friday, Cyber Monday and Super Saturday – also and more appropriately known as Panic Saturday – which is the last Saturday before Christmas.

Gift giving is stressful because nobody wants to buy what they think is a perfect gift only to discover it is a dud.

The long lines of people returning items after the holidays seem evidence enough for that. 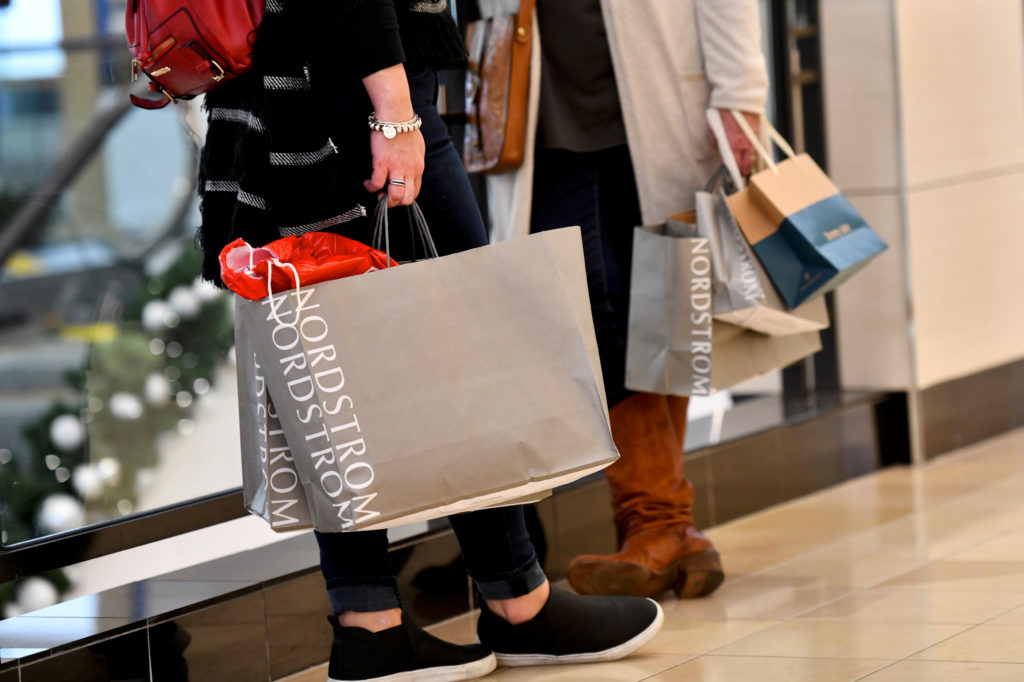 Shoppers clutch their Nordstrom bags as pre-Thanksgiving and Christmas holiday shopping accelerates at the King of Prussia Mall in King of Prussia, Pennsylvania, U.S. November 22, 2019. Photo by Mark Makela/Reuters

This has led some economists to argue there’s a “dead weight loss” to Christmas presents that “destroys” as much as a third of their actual value. A 2018 study estimated Americans spend $13 billion a year on unwanted gifts.

Other economists, however, have resisted this Scrooge-like view of gift giving and point to evidence that a present can actually have more value to the recipient than the price the giver paid. In other words, a gift, even when technically unwanted, could have more value simply because someone else bought it for you.

So if you’re dead set on buying some gifts, how much should you budget for it?

Since gifting is a social act, it makes sense to consider how much other people typically spend.

There are a number of surveys run each year that ask people during the fall to estimate what they plan on spending for holiday gifts. The National Retail Federation’s annual survey of holiday spending estimates the typical American will spend $659 on gifts for family, friends and co-workers in 2019. On the high end, Gallup puts the average at $942, with more than a third of respondents expecting to spend over $1,000 on gifts.

But these figures aren’t that helpful for an individual since $659 means something different to someone making $40,000 a year versus $200,000.

That’s where the Consumer Expenditure Survey comes in. It’s a large survey run by the Bureau of Labor Statistics that tracks the spending habits of 12,000 to 15,000 families each year. The government uses the survey to determine the cost of living and inflation rates for the typical family. 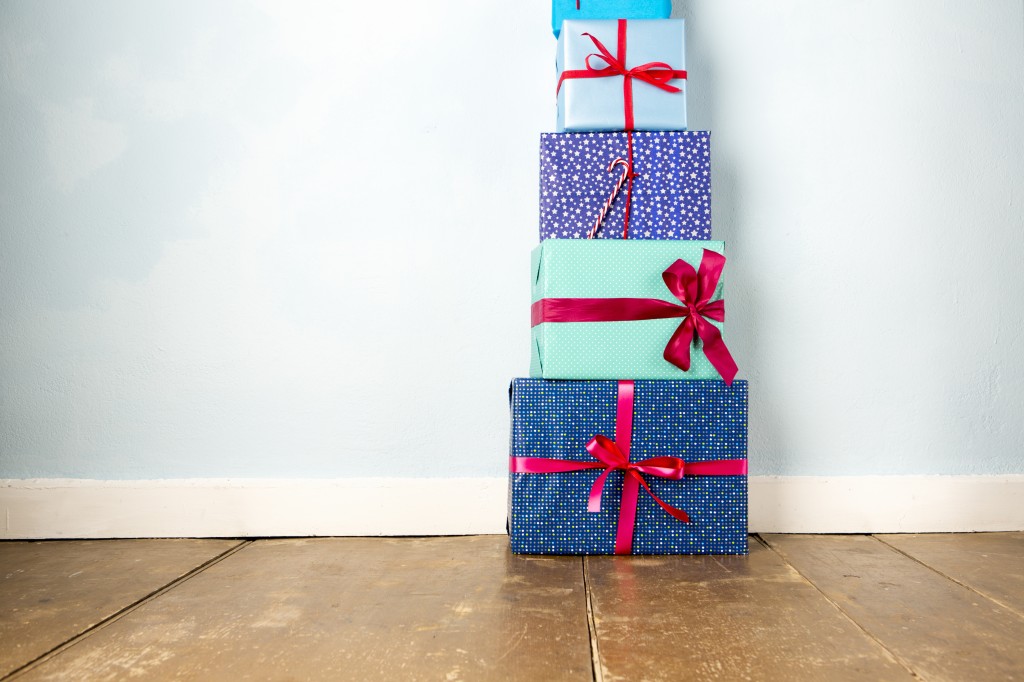 The survey follows gift giving very precisely. It has categories for common holiday presents like electronics, books and clothes, as well as gifts that typically aren’t associated with the season such as housing and transportation.

After removing these non-holiday gifts, the typical U.S. family spends about 1% of its annual take-home pay on gifts. So whatever you earn, you could multiply it by 1% to get a figure that is in the ballpark of what the average American spends – but won’t break the bank.

While calculating a gift budget is one way to take the stress out of how much to spend on gifts, my family has another: Only give gifts to children.

Adults get wrapped boxes filled with paper. After the real gifts are opened and the young children are safely moved out of the way, we crumple up the paper and throw it at each other in our annual paper fight.

That keeps the cost down while making the kids feel special. It also ensures the kids don’t feel left out when their friends talk about the gifts they received. Other families follow their own methods for controlling expenses, such as secret Santa gifts or by focusing attention more on togetherness than on the stuff received.

Whether you have a paper fight or follow another family tradition, my main message is that it doesn’t take very much money to make the winter holidays memorable.

Left: The Body Shop employee Coretta Pinson rings up merchandise at the cash register as pre-Thanksgiving and Christmas holiday shopping accelerates at the King of Prussia Mall in King of Prussia, Pennsylvania, U.S. November 22, 2019. Photo by Mark Makela/Reuters