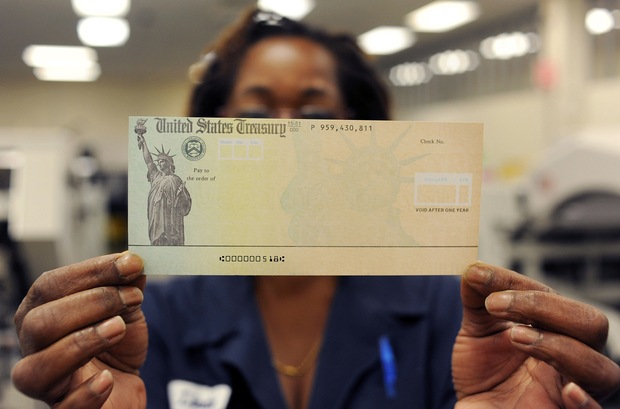 Update: | Laurence Kotlikoff has agreed to answer your questions about Social Security and retirement. Read his first set of responses here and submit your queries here.

Note from Paul Solman: Friend of Making Sen$e (and my sometime tennis sparring partner) Larry Kotlikoff of Boston University is a noted economist, prolific author and frequent contributor to Bloomberg and Forbes.com, among other venues. We’ve featured him on this page before and will again. Today, we post a recent essay of his: “34 Social Security ‘Secrets’ All Baby Boomers and Millions of Current Recipients Need to Know.”

Be forewarned that Larry is sometimes wrong but rarely in doubt, and all of his answers to your Social Security questions are reviewed for accuracy by a former Social Security Administration technical expert. Know, too, that he has worked for many years to fine-tune retirement software — ESPlanner — that is widely considered the gold standard in the online world. We’ve long linked to the basic free version of ESPlanner from this page. Know also that Larry is my own personal Social Security adviser. His advice to apply for a dependent spousal benefit while my wife and I put off full retirement benefits until age 70 has been a boon, and so impressed the woman with whom I spoke at Social Security, that she thanked me for informing her of it and said she’d advise callers about this option henceforth. Note that many of Larry’s “secrets” involve the dependent spouse benefit. Be advised that the folks at Social Security with whom I’ve dealt have been uniformly courteous, responsive and efficient.

The Social Security Handbook has 2,728 separate rules governing its benefits. And it has thousands upon thousands of explanations of those rules in its Program Operating Manual System, called the POMS, which provides guidance on implementing the 2,728 rules. Talk about a user’s nightmare!

As a young economist, I did a fair amount of academic research on saving and insurance adequacy. At the time, I thought I had a very good handle on the rules. Then I started a financial planning software company, which makes suggestions about what benefits to take from Social Security and when to take them to get the best overall deal. (See, in this regard, www.maximizemysocialsecurity.com and www.esplanner.com.)

At that point, I realized I needed to quadruple check my understanding of Social Security’s provisions. To do this, I established contacts with experts at Social Security’s Office of the Actuary. I also hired a specialist whose only job is to audit my company’s Social Security, Medicare premium, and federal and state income tax code.

The problem with this strategy is you can only check on things you know about. Over the years, I discovered things I had never heard of. I would then check with the Social Security actuaries who would say, “Oh yes, that’s covered in the POMS section GN 03101.073!”

Mind you, a large share of the rules in the Social Security Handbook are indecipherable to mortal men, and the POMS is often worse. But thanks to patience on the part of the actuaries, I’ve learned things that almost no current or prospective Social Security recipient knows, but which almost all should know.

The reason is that taking the right Social Security benefits at the right time can make a huge difference to a retiree’s living standard.

Unfortunately, Social Security has some very nasty “gottcha” provisions, so if you take the wrong benefits at the wrong time, you can end up getting the wrong, as in smaller, benefits forever.

Also, the folks at the local Social Security offices routinely tell people things that aren’t correct, including about what benefits they can and can’t receive and when they can receive them. Taking Social Security benefits — the right ones at the right time — is one of the biggest financial decisions you’ll ever make, so you need to get it right.

Getting it right on your own, however, is neigh impossible. One of my engineers and I calculated that for an age-62 couple there are over 100 million combinations of months for each of the two spouses to take retirement benefits, spousal benefits and decided whether or not to file and suspend one’s retirement benefits. There are also start-stop-start strategies to consider. Each combination needs to be considered to figure out what choices will produce the highest benefits when valued in the present (measured in present value). For some couples who are very different in age, survivor benefits also come into play. In that case, the number of combinations can exceed 10 billion!

Fortunately, www.maximizemysocialsecurity.com can help you find the right answer generally within a matter of seconds. It does exhaustive searches of all combinations of months in which you can take actions, but thanks to modern computing power and careful programming, our Maximize My Social Security program can run through millions upon millions of combinations of decisions incredibly fast.

Whether or not you use our software, it’s important to have as full a handle on Social Security’s provisions as possible. Listed below are 34 things I’ve learned over the years that you may not fully know. (The list started at 25, but I’ve been learning some new secrets and recalling some others.)