The Republican tax bill is a fiscally irresponsible, loophole-ridden mistake

The most significant tax legislation in decades is about to become law. The tax bill brings some good news and some bad news, but the two will not be evenly distributed. For the wealthy, much of the good news is certain and immediate while much of the bad news is uncertain and remote. For the rest of the country, the opposite is mostly true.

The bill’s most significant change is a dramatic cut in the corporate tax rate from 35 percent to 20 percent. This is great news for investors but not for workers. Not surprisingly, stock markets have cheered every step toward the bill’s enactment, while there have been no reports of sudden increases in workers’ wages.

Most economists believe that over time workers will get some of the benefit of the corporate rate cut. If this happens, shareholders will lose some of their immediate gains. But the workers’ gains are likely to be small, and their timing uncertain. So the $1.3 trillion ten-year revenue shortfall that the Joint Committee on Taxation expects on account of the corporate rate cut is a boon for upper-income taxpayers.

Both the Senate and the House versions of the bill also slash the tax rate for passive owners of partnerships and other pass-through businesses. Income from these businesses is even more concentrated at the top than corporate earnings are.

The most recent analysis of actual tax returns by a group of economists at the Treasury Department, UC Berkeley, and the University of Chicago shows that the top one percent of American taxpayers receive about forty five percent of all corporate income, but almost seventy percent of all pass-through income. For many of these taxpayers, the tax rate on that income will decline from 39.6 percent to 25 percent or something similar, depending on the final version of the bill. That is another $400 billion benefit going to the well off.

Republicans argue that all this rate cutting is bound to spur economic growth. Almost all experts agree that some growth is likely to materialize. But almost all experts also agree that this growth will not be nearly enough to pay for the revenue losses resulting from the rate cuts.

The non-partisan Committee for Responsible Federal Budget projects that the United States will return to trillion dollar annual deficits as soon as 2019. There is simply not enough discretionary spending in the nation’s budget to make a sizable dent in these kinds of shortfalls.

Do not be surprised if after passing the tax bill Republicans rediscover their grave concerns about the nation’s fiscal condition.

So do not be surprised if after passing the tax bill Republicans rediscover their grave concerns about the nation’s fiscal condition and start cutting social programs. In fact, if Congress does not act promptly, an immediate $25 billion cut to Medicare will take place within weeks after the bill’s passage under the so-called sequestration rules, according to the Congressional Budget Office. Another $85 billion will be cut from other social programs, eliminating funding for some of them altogether. Not great news for regular Americans.

The Senate version of the tax bill offers more of the same. It “saves” $318 billion over ten years by repealing the requirement for people to buy health insurance. These “savings,” according to the Congressional Budget Office, will materialize because 13 million Americans will lose their health coverage. A drastic rise in the number of uninsured is not going to improve lives of hard-working taxpayers struggling to stay afloat. 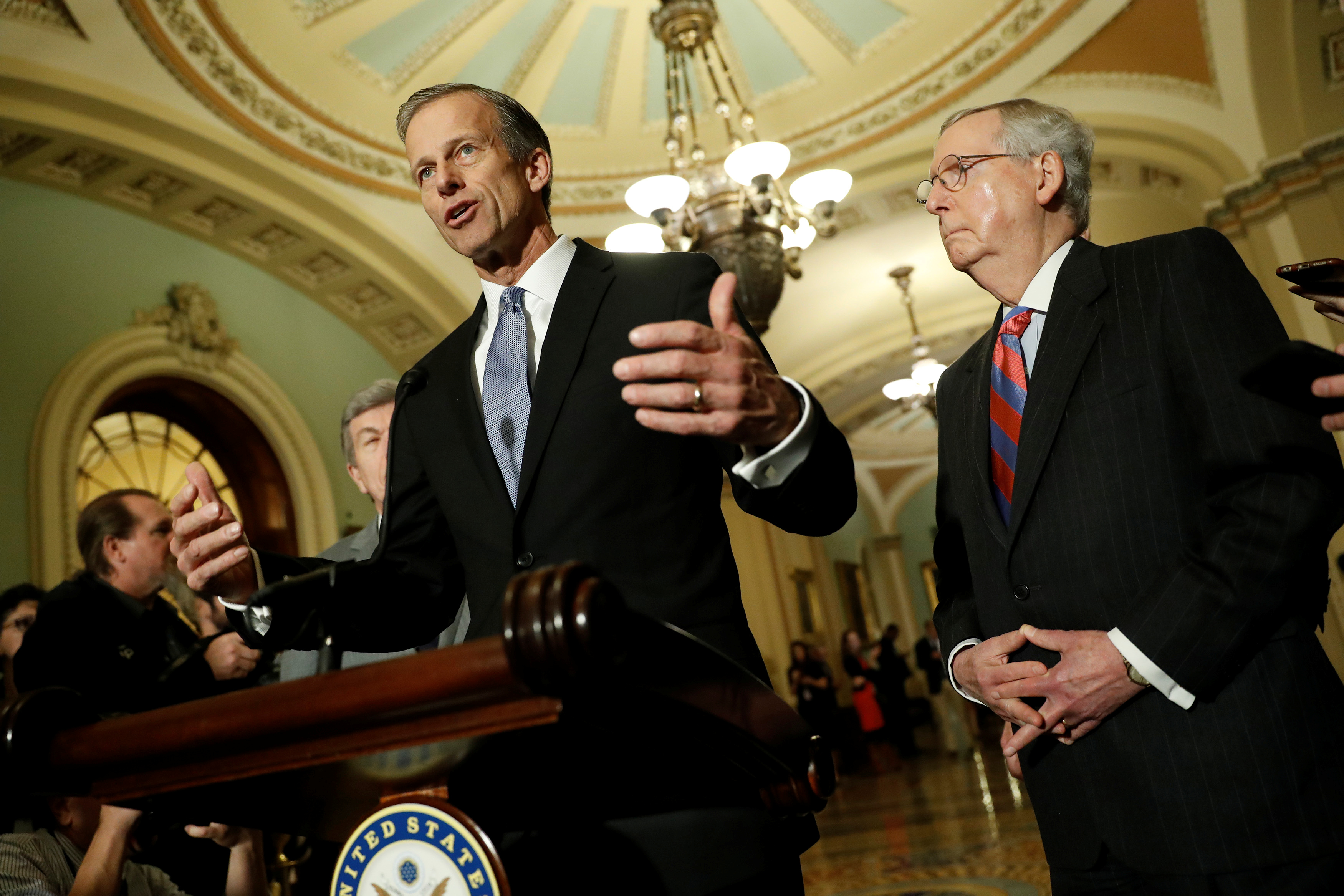 Whether the economy grows much faster or just a bit faster in the aftermath of the new tax law, there is little reason to think that rising tide will lift all boats. In the past several decades, most benefits of economic growth went to the highest earners. Moreover, income mobility—the likelihood of moving up the economic ladder—has declined. Both trends suggest that the long-term consequences of business tax cuts are likely to benefit primarily the well-to-do.

If this sounds like a happy story for American economic elites, the news gets even better. Both the House and the Senate versions of the tax bill were rushed through each chamber at break-neck speed. Senators, for instance, had only hours to review the final version of the bill that featured illegible hand-written scribbles spread over the bill’s almost 500 pages. More last minute changes will surely appear before the bill becomes law, mostly in response to the all-out lobbying efforts underway right now.

It is difficult to produce high-quality tax legislation under the best circumstances. Our tax law is vast and complex. New tax provisions often create unintended openings that allow well-advised taxpayers to reduce their taxes. These loopholes are certain to be a much bigger problem in the current tax bill given the incredible speed of its enactment. This is more good news for the wealthy.

Changes in the estate tax are a cherry on top. Under current law, taxpayers may already pass to their heirs $5.5 million tax-free ($11 million for couples). Both the House and the Senate versions of the bill double these numbers. One does not need a Ph.D. in economics to see who benefits from this change. The House bill repeals the estate tax altogether after six years. Remarkably—and unlike the Bush-era temporary estate tax repeal—the House bill does not end the tax-free basis step-up at death.

Republicans emphasize — correctly — that their bill will produce an immediate tax cut for most Americans. After-tax income will go up on average for each income group. A change in after-tax income is a reasonable and most neutral way of evaluating the distributional effects of a tax reform.

Keeping an eye on actual dollars may be closer to what most Americans have in mind when they think about their taxes.

But according to the non-partisan Tax Policy Center, the $500 versus $10,000 comparison is not a good reflection of the tax bill’s distributional effect. While middle-income Americans will indeed see their after-tax income rise by about one percent, the top tenth of taxpayers will enjoy an increase in their after-tax income more than twice that size.

So even in after-tax income terms the tax bill’s benefits skew toward the top. And if the future Congress allows the individual tax cuts to expire in 2025 as the Senate version provides—something that is possible but unlikely to happen—the tax savings will tilt toward the richest of the rich even more dramatically.

The Republican Party used to pride itself as the party of ideas. A few short years ago David Camp, a Republican chair of the House Ways and Means Committee, which is responsible for tax legislation, offered a comprehensive, revenue-neutral tax reform that included, among other things, a significant corporate tax rate cut.

Just last year, the current chair of the same committee, Rep. Kevin Brady of Texas, put forth a bold, if flawed, plan that would repeal the corporate income tax altogether but add a business-level consumption tax as a major new revenue source. Those Republican plans were indeed full of ideas. But the bill that is about to become law is a very different kind of legislation. It is a fiscally irresponsible, distributionally unfair, loophole-ridden mistake. It is a wasted opportunity to bring Republicans’ own ideas to life.

Above: A demonstrator holds a sign during a rally against the Republican tax bill on Capitol Hill in Washington, D.C., on Nov. 15, 2017. File photo by REUTERS/Aaron P. Bernstein

Alex Raskolnikov is an expert on tax law and co-chair of the Charles E. Gerber Transactional Studies Center at Columbia Law School.