What would it take to fix America’s crumbling infrastructure?

The White House has signaled that infrastructure is a top priority this year. Last month, President Donald Trump tweeted that the issue was a “perfect place” to find bipartisan consensus.

But passing an expensive infrastructure package could be a challenge. Congress has struggled in recent years to find long-term funding to repair the nation’s roads, bridges and other critical infrastructure. Will 2018 be any different? We spoke with several experts about the country’s infrastructure issues, funding options, and whether they think a bill will actually pass this year.

What are the nation’s most pressing infrastructure needs?

RICK GEDDES, Director of the Cornell Program in Infrastructure Policy: The most pressing infrastructure need for the United States is improved operation and maintenance of the mature infrastructures systems that we already have. That includes roads, interstate highway systems, arterials, and local streets, as well as bridges and tunnels. Our challenge in the 21st century is not so much building out new extensive networks of roads, it’s taking better care of what we already have. That can include seaports, airports, dams, levees, drinking water systems, wastewater treatment systems and other basic infrastructure like street lights and sidewalks.

JILL EICHER, Senior advisor at the Bipartisan Policy Center: At the top of the list is the imperative to better understand our infrastructure. It is the economic backbone of our country and crucial to our well-being, yet we rely on what we think about infrastructure, not what we know. We need inventories and priorities, not trillion-dollar estimates. We can all help by recognizing and rewarding state and local governments that are implementing asset management systems designed to inventory infrastructure, monitor condition, and schedule improvements, so that more will follow their lead.

The potential infrastructure plan being floated right now is in the $200 billion range. Is that enough funding to make a real difference?

RICK GEDDES: If that $200 billion is used wisely, it can make a real difference. One way to do that would be leveraging the $200 billion to get more funding through private investment and asset recycling. Asset recycling is the idea that the government that owns the assets — and the owner of the vast majority of infrastructure in the U.S. is a state or local government — views its assets as a portfolio that needs to be efficiently managed. So assess what you have, and figure out the best way to manage it. Then any proceeds raised from this process are put back into state and local infrastructure.

JILL EICHER: It is impossible to know what level of funding will make an impact until we can articulate what is most urgently needed, what is no longer needed, and what will be needed.

ED MORTIMER: It’s a good starting point, but when it comes to federal investment in America’s infrastructure, we believe $200 billion should be considered a floor, not a ceiling. We’re all for leveraging limited federal dollars, but the federal government can start by taking the lead and increasing its own investment. In order to pay for the upgrades we need, we’ll have to put in place a complete toolkit of funding and financing options, but the bottom line is this: This is an investment worth making. 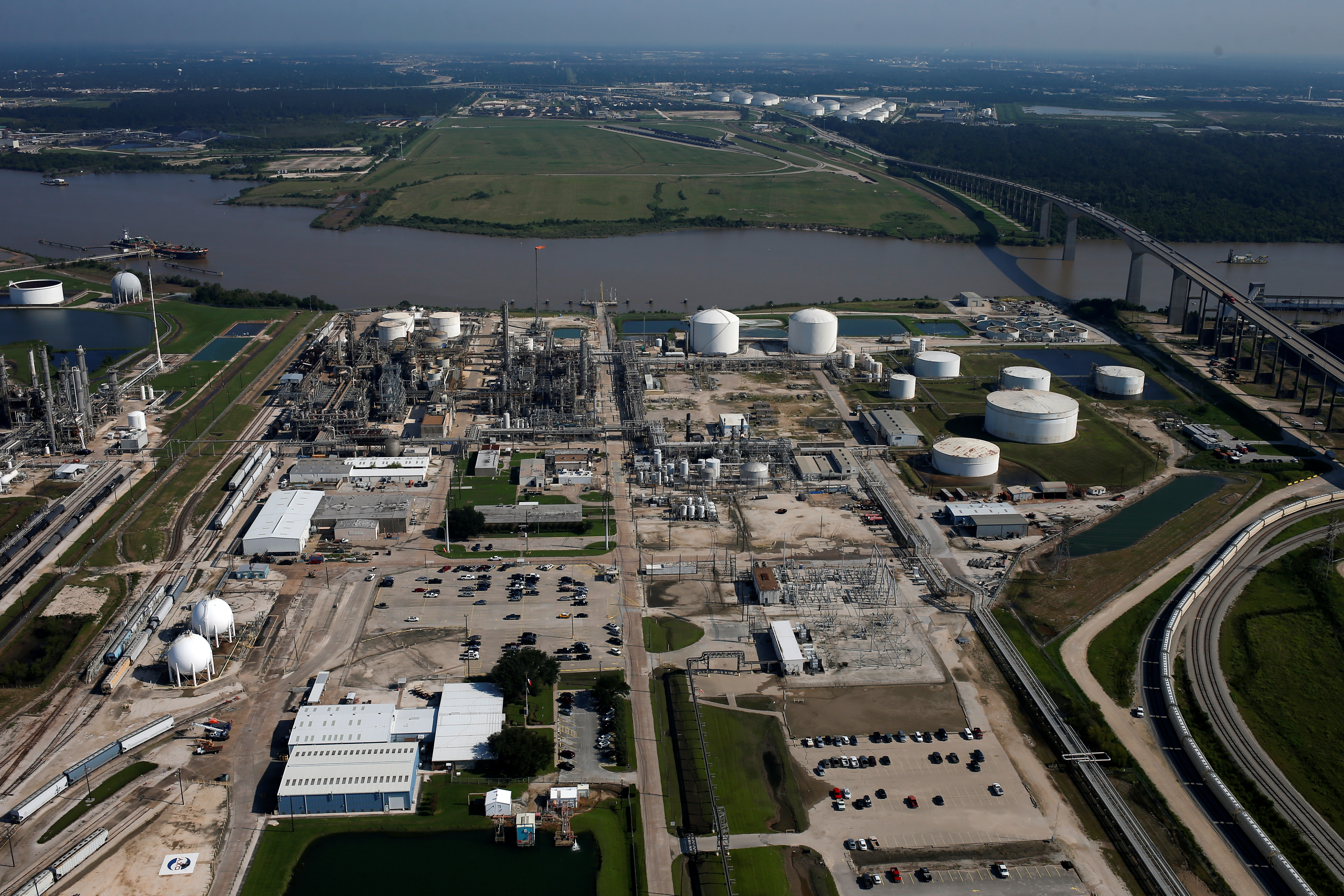 What’s the best long-term funding solution to pay for all this?

RICK GEDDES: The sectors where we see infrastructure doing better in terms of operations and maintenance are those where there’s a direct per-unit user fee. This is basic economics. If you go to the grocery store and buy a loaf of bread, you pay for that bread. That’s the way the price system works. Where we have problems is where that system is breaking down, and it’s breaking down in roads, bridges and tunnels. The best long-term sustainable funding solution is some sort of direct per-unit user fee. That’s a challenging political problem, but it’s pretty clear it’s the right policy solution.

JILL EICHER: To get to a solution, we first need to resolve which level of government should pay for which public goods. Removing this uncertainty in a political-proof way will enable all governments to develop long-term strategies and plans which can be understood and supported by taxpayers.

Second, we need to reconcile regulation and reality. For policymakers, infrastructure is about service delivery at affordable rates. In reality, infrastructure is about managing high-maintenance, capital-intensive assets to deliver services with hard costs. These are formidable prerequisites to developing an effective funding strategy. Doing so, however, would enable us to end our default practice of using debt to finance unprioritized infrastructure.

ED MORTIMER: We believe a modest increase in the federal fuel user fee is the most sensible solution. This is an option the Chamber has been pushing for years because we believe it’s the most efficient, the cheapest administratively, and the most honest with the American taxpayers who make use of the investment. The gas tax hasn’t been raised since 1993, but we’ve recently seen the president express openness to the idea, so we’ll be pushing for lawmakers to seriously consider this sustainable, long-term funding option as the infrastructure conversation continues this year.

Fixing potholes seems like a bipartisan win-win. Yet for the past decade Congress has failed to pass major, long-term infrastructure bills. What’s the holdup?

RICK GEDDES: The challenge is that neither party wants to raise the federal gas tax, but at the same time they want to fund infrastructure. And the key back story is that that’s falling to state and local governments.

JILL EICHER: We can’t agree on what to build or modernize, nor how to pay for it. Without an understanding of what our infrastructure priorities are, it is difficult to propose comprehensive legislation that makes sense or to determine which level of government should pay for it. There are only two options for how to pay for infrastructure—user fees or taxes—and few seem willing to make that call.

The challenge is that neither party wants to raise the federal gas tax, but at the same time they want to fund infrastructure.

ED MORTIMER: There’s no easy fix for a $2 trillion problem. Drafting a major infrastructure bill is no doubt a daunting task. But the longer we wait, the tougher the decisions become and the more the projects will cost.

After years of talking about failing infrastructure, it looks like we finally have the right ingredients to take serious action, including public support and political will. Both sides will need to commit to a give-and-take as the policy process gets underway, but we know that now is the time to seize on this momentum. Most of all, we believe it’s better to get this done right than to get this done quickly.

Are you optimistic that Congress will pass an infrastructure bill in an election year, or do you think the issue will fall by the wayside?

RICK GEDDES: I am optimistic that Congress will pass an infrastructure bill. Compared to the Affordable Care Act and the recent tax reform bill, which passed on party lines, infrastructure is inherently a more bipartisan issue. I think Congress could come together and show voters they can pass a serious infrastructure reform bill.

JILL EICHER: It has been reported that the administration will put forward a comprehensive set of principles to frame how we should approach our infrastructure needs, coupled with funding recommendations to support the principles. I am optimistic that initiating legislative debate with a principled approach will greatly help us tackle the tough issues of how we prioritize and pay for our infrastructure.

ED MORTIMER: Yes, we are optimistic that this is the year that Washington, D.C., tackles infrastructure in a comprehensive and meaningful way. We’re confident that this effort can be achieved on a bipartisan basis, and the U.S. Chamber is prepared to stand with those lawmakers who make infrastructure a priority for action this year. Voters across the country have direct experience with America’s infrastructure each and every day, and we believe they will reward leaders who recognize that investing in our roads, bridges, airports, waterways, and more is critical for our future growth and prosperity.

Left: The scene where an Amtrak passenger train derailed on a bridge over interstate highway I-5 in DuPont, Washington, U.S. December 18, 2017. REUTERS/Steve Dipaola - RC114FD506E0