Why a slowdown in manufacturing matters for the U.S. economy

Seen historically as the lifeblood of the American economy, the current outlook for manufacturing in the United States is complicated.

On the one hand, manufacturing doesn’t wield as large an influence on the U.S. economy as it once did — the sector has declined substantially in the past several decades. The upside is that a recent slowdown in the sector might not put a halt to the longest economic expansion in U.S. history, as some fear.

At the same time, economists say if the manufacturing sector stalls, it could drag down related industries and disproportionately affect parts of the country where factories employ thousands of people — the same ones that were hurt significantly during the Great Recession and over the past several decades as manufacturing has declined.

“Take a 1 percent decline in manufacturing. We say that’s not such a big deal; except that in the states where that decline is happening, it is still a really big deal,” said Martha Olney, an economics professor at the University of California, Berkeley. And even if it’s concentrated, such a contraction can spread economic pain to other industries tangentially related to manufacturing.

What economists are seeing may also point to another long-term problem. Some worry the manufacturing sector is slowing down because it is not shifting quickly enough to producing new technologies like wind turbines and energy-efficient appliances, suggesting the country is at risk of falling behind other nations.

Signs that U.S. manufacturing is hurting

The current outlook for the nation’s manufacturing sector is, well, complicated.

Economic indexes are providing conflicting messages — about whether the sector is contracting, or just growing slowly.

Using a variety of inputs, including new orders and employment, the Institute for Supply Management’s (ISM) manufacturing index shows that manufacturing has been shrinking for the past three months. That, combined with Federal Reserve data from earlier in the year, has led to some reports that the manufacturing sector is in a “recession.”

A different index, from IHS Markit, indicates the manufacturing sector is growing but slowly. Both indexes showed a slight improvement in October after a drop in previous months.

Despite the differences, the trend appears to be the same–the manufacturing sector has been experiencing a slowdown in recent months, with a slight improvement in recent weeks.

Some of the reasons for the earlier slowdown? China’s retaliatory tariffs on U.S. goods, combined with a strong U.S. dollar, have cut into U.S. exports. Companies are hesitant to make big future purchases because of uncertainty created by the Trump administration’s trade policies and the instability of the global economy, “and that has a ripple effect down the supply chain,” Derry said.

In recent decades, the U.S. economy has become less heavily focused on making goods, such as household appliances, and more focused on offering services, such as serving dinner to customers at a restaurant.

Goods make up about 30 percent of U.S. GDP, compared to services, which account for 62 percent. In the 1960s, goods and services accounted for nearly an equal amount of the country’s GDP.

Some economists have said the switch toward services is not necessarily a bad thing. As countries become richer, they tend to consume more services and fewer goods. 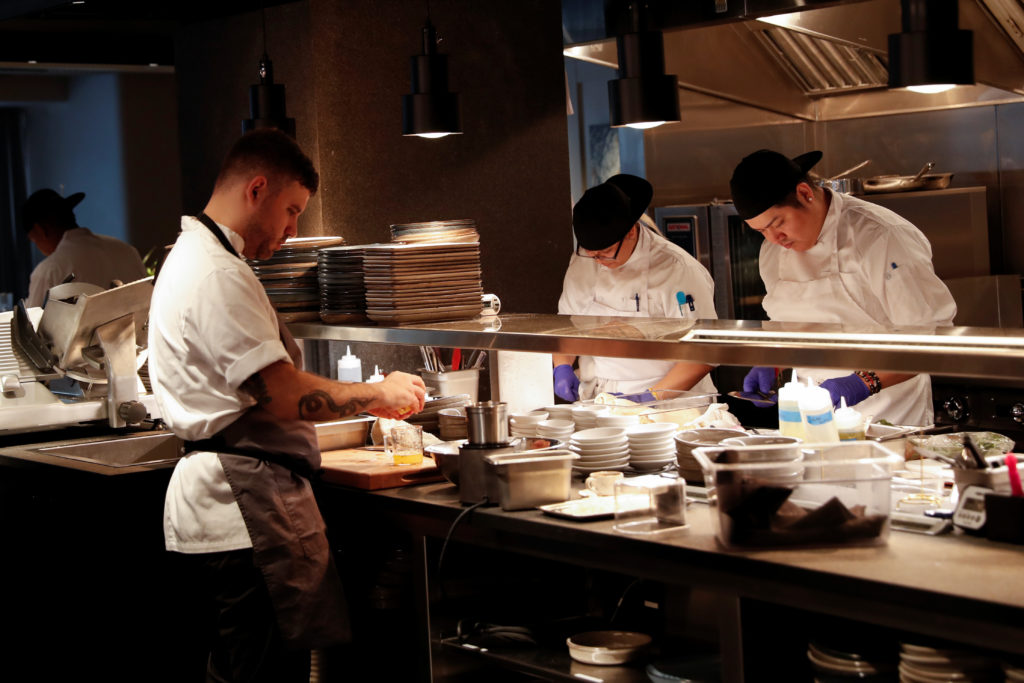 The Wolf food restaurant is seen at the Nordstrom flagship store is seen during a media preview in New York, U.S., October 21, 2019. Most of the U.S. economy is made up of the services rather than manufacturing sectors. Photo by Shannon Stapleton/Reuters

At the same time, many manufacturing jobs — still needed to meet U.S. demand for goods — have been shipped overseas.

So what does that mean for today’s manufacturing slowdown?

“Manufacturing being a smaller share of the total means any decline has a smaller impact on the economy as a whole,” said Olney.

Why manufacturing is still important

Even though manufacturing is not a huge share of the U.S. economy, it “punches higher than its weight in the economic cycle because there are so many other parts of the economy that are linked to it,” Williamson, with IHS Markit, said.

“There’s a lot of underlying strength and momentum in the U.S. economy that could carry us through a weak spot in manufacturing.”

Think about all of the jobs that are associated with car manufacturing, for example. Outside of the actual building of the vehicle, there are also truck drivers who transport the car and salesmen who convince buyers to purchase it, not to mention the janitors who clean the factories each day. Those jobs are technically in the “service” sector but might not exist if the car was not manufactured in the first place.

IHS Markit’s services index released Tuesday shows a slowdown in the services sector, which Williamson attributes in part to the earlier slowdown in manufacturing.

Other economic indicators are more bullish. An ISM report also released Tuesday showed the non-manufacturing sector grew at a faster rate in October than the month before.

Those numbers are making some economists optimistic that the manufacturing slowdown won’t drag down the larger economy.

“There’s a lot of underlying strength and momentum in the U.S. economy that could carry us through a weak spot in manufacturing,” ISM’s Derry said.

But even if the U.S. economy can withstand a slowdown in manufacturing, local economies might not be as immune.

The production of goods makes up a much larger share of the regional economy in places like Louisiana and Indiana, which are home to a large number of factories, than it does in other states like Delaware or Hawaii, which are focused on things like financial services and tourism. 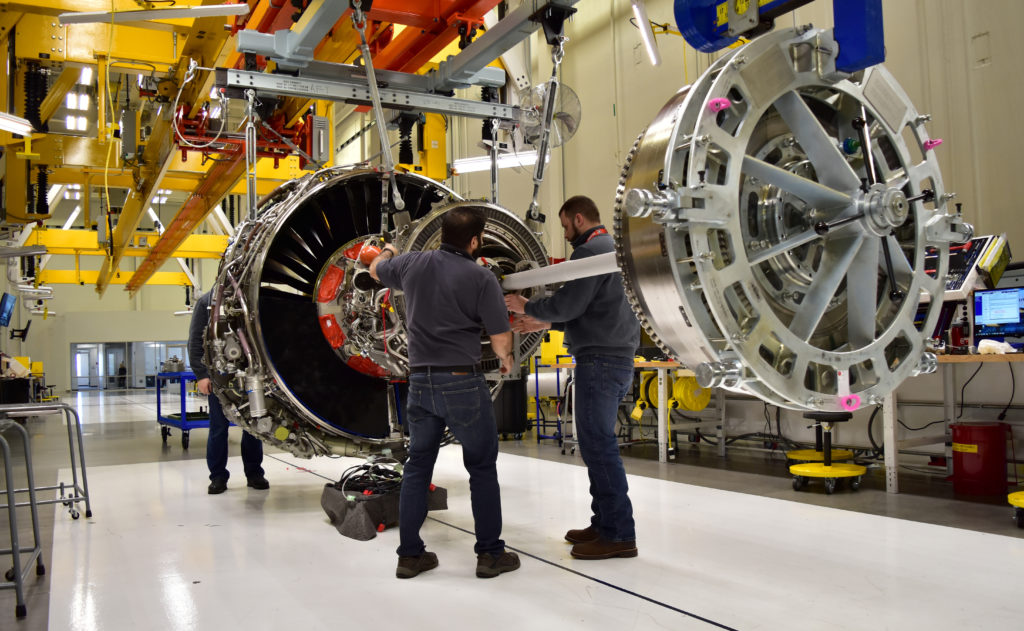 Even a slight decline can mean people are laid off. With a national unemployment rate of 3.6 percent, manufacturing workers might be able to get another job quickly, but they might also have to switch industries or take a pay cut. (Manufacturing jobs tend to pay higher wages than other jobs that require the same level of education.)

When people have less money to spend, they tend to cut back spending on services like going out to eat, which can, in turn, hurt workers not directly employed in manufacturing.

The need for more manufacturing investment

Despite the federal tax cuts passed in 2016, business investment is still lagging. Economists attribute that to a variety of factors, including uncertainty caused by the tariffs and a lack of clear federal policies that could incentivize companies to focus their resources on innovative technologies, especially renewable energy.

“People don’t know what they should be investing in,” said Susan Helper, an economist at Case Western Reserve University. “In the longer run, it means the U.S. will fall behind.”

The industry has been boosted by demand for 5G technology, and the Trump administration has promised to roll out policies that will give the U.S. a competitive advantage in 5G over other nations — namely China.

If the U.S. can incorporate 5G into its systems quickly, some industry watchers say it could even start a kind of “manufacturing revolution.