On Oct. 11, the Bureau of Labor Statistics will release inflation data that determines how much more Social Security beneficiaries will receive in 2019.

That adjustment is pegged, by law, to the cost-of-living increase for households for whom half or more of their income comes from clerical work or hourly wages. It not only excludes households of unemployed, self-employed, part-time, professional and salaried workers, but also — crucially for seniors — households with no one in the labor force, which includes retirees.”

Senior Citizens League analyst Mary Johnson estimates that next year’s increase for will be roughly 3 percent. The Motley Fool predicts an even lower adjustment of 2.7 percent.

Social Security benefits have lost 34 percent of buying power since 2000, according to a study released earlier this year by The Senior Citizens League. And in the past year alone, Social Security recipients fell 4 percent behind the rise in their actual cost of living, according to Johnson.

“The loss occurred even though beneficiaries received a 2-percent annual cost-of-living adjustment (COLA) for 2018,” she explained.

More than half of the 1,057 respondents who participated in the annual Senior Citizens League study reported that “their monthly expenses went up by more than $79. Yet 50 percent of survey respondents said that their COLA increased their benefits less than $5 per month, after the increased [Medicare] Part B premium for 2018 was deducted from their Social Security benefits,” the study said.

Most of the 59 million Americans who receive Social Security depend on it for at least 50 percent of their total income, according to the study. One third rely on it for 90 percent or more.

But can this trend possibly continue? Won’t seniors, with budgets falling further and further behind inflation, raise a ruckus? Probably. And remember two things about U.S. politics and seniors.

First, seniors vote at a much higher rate than the population as a whole. 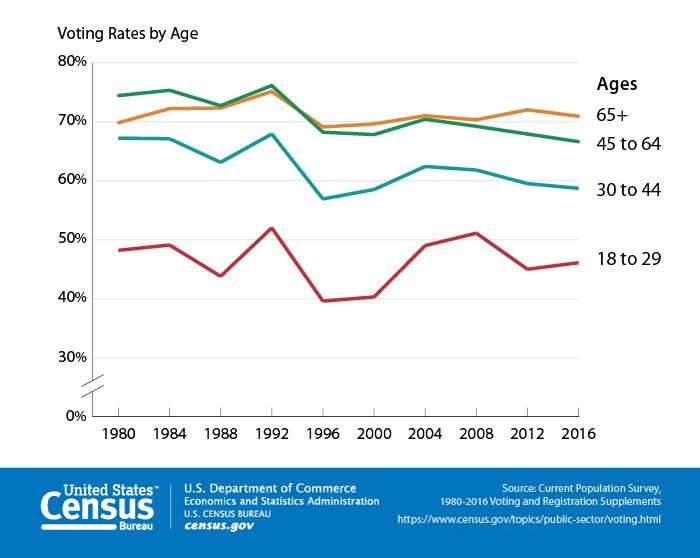 Second, with the baby boom, seniors will have the numbers.

As you can see in the graphic below, the baby boomers who are now aged 54 to 72 (highlighted in yellow) are some 70 million strong, and, of course, those below age 18 (red line) are not eligible to vote. 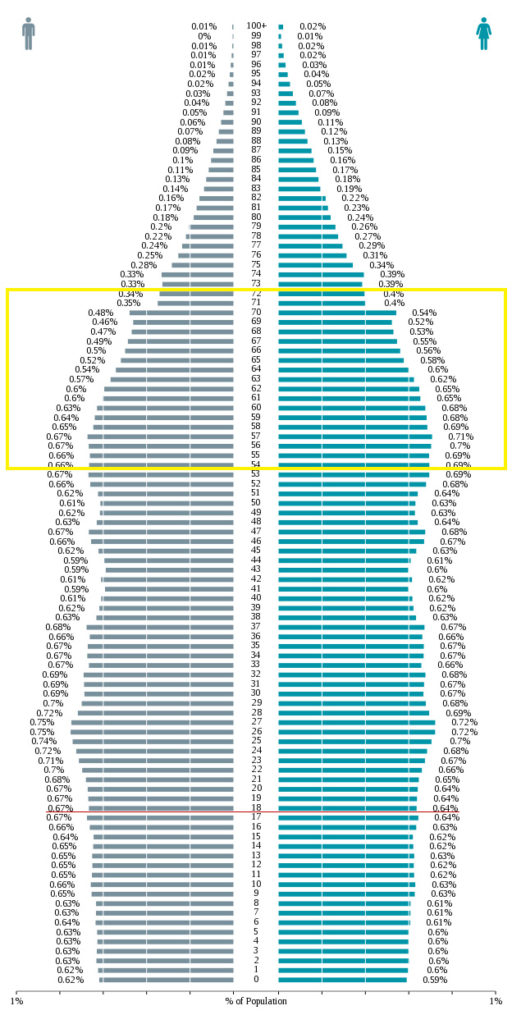 Readers: Are you having a difficult time affording necessities? Please let us know in the comments section.

Left: Social Security benefits could be adjusted up to 3 percent in 2019, but that increase might not be enough to keep up with rising health care costs. Photo by Albert Lozano-Nieto/Adobe Stock