Will small businesses benefit from the new tax law?

Since President Donald Trump signed the American Tax Cuts and Jobs Act in December, large corporations have made headlines by giving bonuses to employees and raising wages. But much less attention has been paid to small businesses, even though experts believe they stand to benefit significantly from the new tax law.

Trump and Republicans have argued that the tax law, their biggest legislative achievement so far, would spur economic growth, while Democrats say it favors large corporations and wealthy individuals over small businesses and lower-income people.

But, at least this year, small businesses will almost all see their taxes decrease, said Rob Hassett, an attorney at Business Law Partners — a change that could strengthen congressional Republicans going into the 2018 midterms.

More broadly, three main changes to the tax law will likely help small businesses, said Brad Close, a senior vice president for public policy at the National Federation of Independent Businesses (NFIB), an association which advocates for small businesses: lower individual tax rates, an additional 20 percent deduction for companies filing as pass-through entities, and an expansion of Section 179 filing, which allows for expensing of business-related equipment.

“Small businesses are going to see more savings and more money in their pockets,” Close said.

Of course, not all aspects of the tax law will be advantageous to small businesses.

For example, the law’s elimination of many deductions — including for certain business expenses like travel costs and membership dues for professional organizations — may incentivize employees to work for larger companies that can afford to absorb those costs. Close said the NFIB is watching that issue closely.

Additionally, there is a range of opinions about what constitutes a “small” businesses, complicating efforts to determine exactly how the tax law will affect them. The Small Business Administration officially categorizes small businesses by industry, based on their size or income. The agency classifies large companies in some industries as small businesses. (Mining companies with 1,500 or fewer employees, for instance, are still considered small businesses). 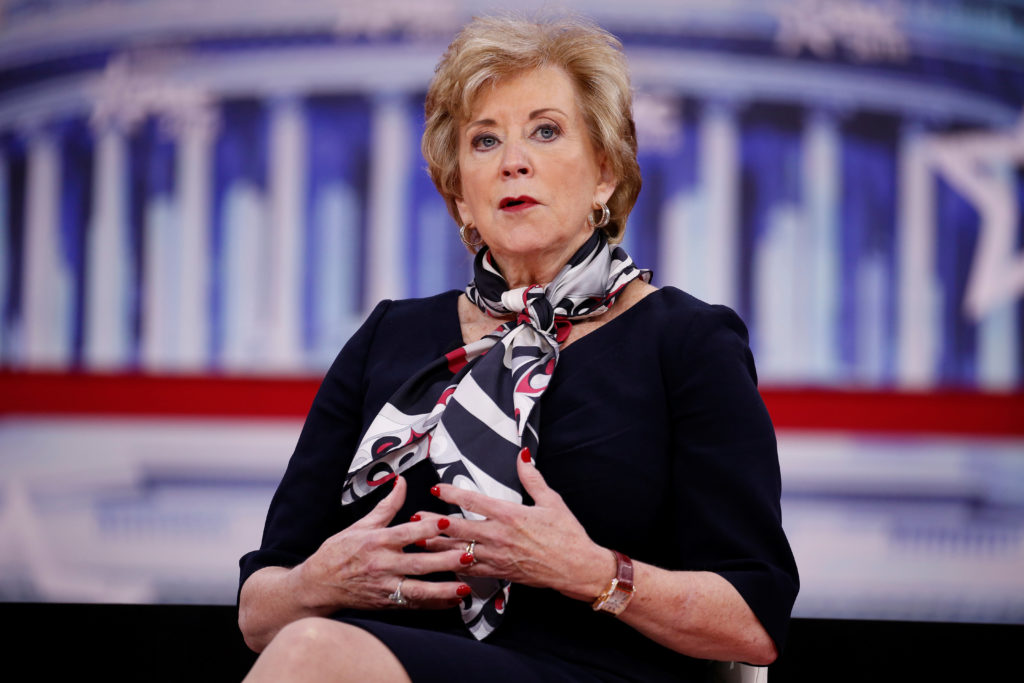 Most small businesses are the kind of mom and pop shops most consumers think of, Close said, adding that the typical number of employees for an NFIB member company is about five to 10.

The second major effect, Close said, will come from the extra 20 percent deduction on taxable income that pass-throughs can claim. Not every small business will qualify for that deduction; Hassett and Close say that some professionals, like lawyers, doctors, and tax accountants, likely won’t qualify (the Internal Revenue Service will release the complete rule of those exempt later this year). And even those who do qualify might not get the full 20 percent, Hassett said.

Overall, many small business owners appear poised to benefit from the tax bill.

But many small businesses who file as pass-through entities will qualify for at least some additional deduction. The change will help businesses build a cushion to weather slow periods and financial crises, said Greg Brown, the president of Cannon, Inc., a Texas wholesale distributor for storage equipment like warehouse shelving and conveyor belts.

Before the new tax law went into effect, businesses could expense equipment up to $500,000 under Section 179 of the tax code. The new law doubled the limit to a $1 million deduction per tax year. (The total spending cap per year, which is expensable over multiple years, is at $2.5 million).

For some businesses, like those just looking to upgrade computers or restaurants replacing an oven, that won’t make a big difference. But Stewart said the change will mean that the large equipment she buys, like bucket trucks and chippers, which regularly run around $500,000, will now be entirely deductible.

“Now there’s more money in my pocket so I can grow my business and facilitate addition,” she said. “I can create more jobs. I can buy more equipment. I can expand.” 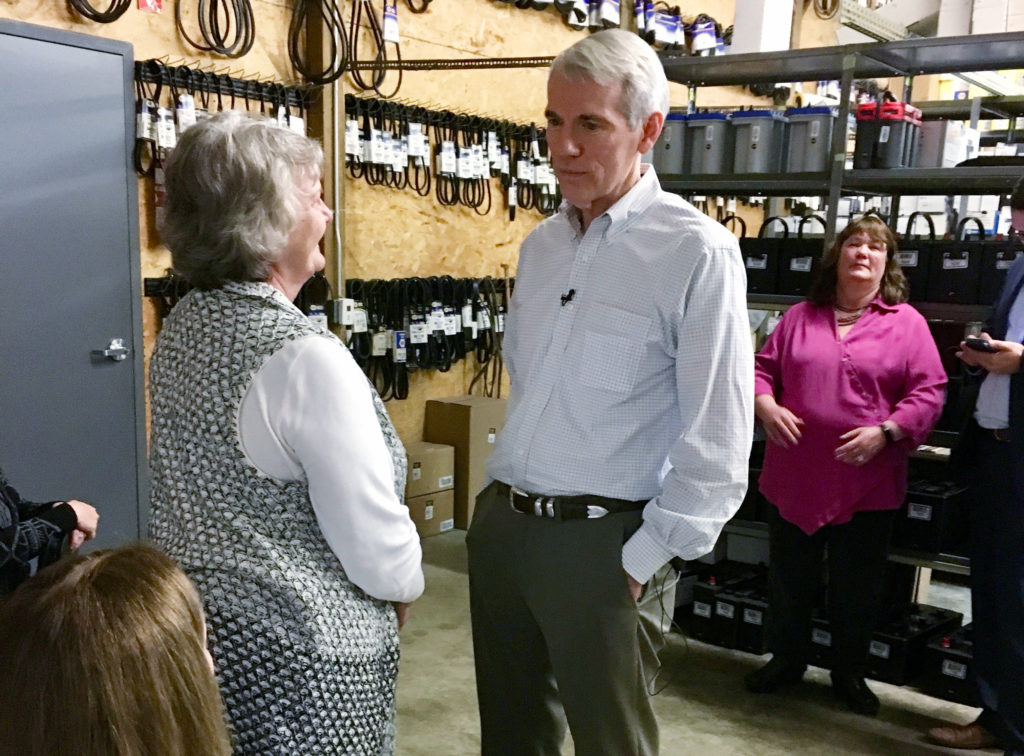 Sen. Rob Portman, R-Ohio, asks small business owners about how the Tax Cuts & Jobs Act effects their business at an event in Zanesville, Ohio, on Feb. 23, 2018. Photo by REUTERS/Kim Palmer

Small businesses that don’t file as pass-throughs can still benefit from changes to the tax law. Traditional corporations like Quadrant Biosciences, which was founded in 2015 by Richard Uhlig, will still be able to take advantage of Section 179 expansion. The New York-based medical research company employs about 20 people, Uhlig said. Quadrant will file tax returns for the first time in fiscal year 2018, and Uhlig estimates he will spend between $3 and $4 million on sequencing equipment, much of which can now be written off thanks to changes to Section 179.

“That money that will [instead] go directly into our research activities. And that that translates into more jobs,” Uhlig said. “We’ll be hiring more neuroscientists, [and] we’ll be hiring more programmers to help facilitate their quality research.”

At the same time, many small business owners are still trying to get a handle on the changes. Despite promises from Republicans to simplify the tax code and fit it on an postcard, the tax system remains complex, forcing many business owners to wait to meet with their tax accountants to see how the changes will affect them.

There’s a lot that is too much right now for the little guy to figure out.

Jady Regard, the owner of Cane River Pecan Company in New Iberia, Louisiana, which makes gourmet pecan gifts, said he didn’t really understand the tax law nor how it might impact his business.

“I feel like when I sit down with my CPA in a couple of weeks [and] we talk about what’s going on, what happened last year, and how these new tax measures are going to have an impact, I’m going to know a lot more,” Regard said.

Regard is not alone in feeling confused about the tax law. Close said many members of the NFIB still haven’t had the chance to examine the changes in detail.

“There are so many moving parts of the tax law that impact a small business as a pass-through that they’re not going to know until the end of the year,” Close said. “There’s a lot that is too much right now for the little guy to figure out.”

For now, small business owners like the warehouse supplier Greg Brown are cautiously optimistic. “There’s a lot of hope that as these policies take shape that things will get better,” Brown said.