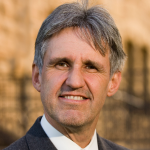 What do monkeys and humans have in common? An innate sense of economic justice

Editor’s Note: Our economic values have evolved over time. If you could return to medieval times, it might seem natural to have a hierarchy of kings, lords, knights and serfs. If you were a part of a small nomadic group, you would rely on the person next to you as much as they relied on you. Out of necessity then, equality would be the norm.

Ian Morris, the Willard Professor of classics at Stanford University, examines how human values have evolved in his book, “Foragers, Farmers, and Fossil Fuels.” Below, Morris explains how our sense of fairness and economic justice have progressed to where they are today.

“Never work with children or animals,” the saying goes, but fortunately Sarah Brosnan didn’t listen. Plenty of researchers had trained primates to earn snacks by performing simple tasks; but what would happen, Brosnan asked, if she paid some subjects better than others?

She soon found out. Her subjects, Capuchin monkeys in the Yerkes National Primate Center, quickly learned that when Brosnan gave them a pebble, they could get a slice of cucumber by returning the stone. To a few monkeys, though, she gave a better reward: a tasty grape. Seeing their undeserving colleagues earning higher wages for the same work, many monkeys sulked and refused to eat. Others flew into rages, hurling their cucumber back at the biologist. It’s just not fair, they seemed to be saying.

The experiment implied that monkeys have an innate sense of economic justice. Encouraged, Brosnan extended her research to chimpanzees and human children. Her work seemed to show that all primates value fairness of some kind.

Values, most biologists and psychologists conclude, are evolved adaptations — genetic predispositions to think in ways that increase an animal’s chances of passing its genes on. Every species, including us, has evolved its own distinctive values, shared by all members.

But here the problems begin. Human values have evolved biologically across millions of years, and everyone in our species believes in fairness, justice, love and loyalty; and yet we disagree wildly over what these words mean. If you were an anthropologist studying the Hadza people in Tanzania, for instance, you would discover that your hosts think it right and proper that women and men should be equally free to pursue sexual partners. If you moved just 100 miles to live with the Nyamwezi people, you would find that your new hosts consider such behavior anything but right and proper. How can there be such variety in human values if they are biologically evolved? Are the anthropologists wrong? Or the primatologists?

What explains the glory that was Greece? Actually, sound economic policy

The answer is neither; but we can only solve this paradox by backing away from the details and looking at the whole of history across the last 20,000 years. When we do this, the kaleidoscope of values observed by anthropologists simplifies into just three patterns, driven by a single fundamental force.

We might call the first of these systems foraging values, because it is associated with societies that support themselves by hunting wild animals and gathering wild plants. From the time modern humans evolved (50,000-150,000 years ago) until about 10,000 BC, everyone on earth lived this way, and a few people still do. Foraging captured very little energy from the environment (typically, 5,000-10,000 kilocalories per person per day), so foragers were extremely poor (getting by on the equivalent of about $1.10 a day), lived in small groups (less than a dozen people), and moved around a lot. It was hard to maintain much political, economic or gender inequality in these conditions. In a famous story, when the anthropologist Richard Lee asked a Kalahari hunter about chiefs he was told “we’re all headmen … Each one of us is headman over himself!” In such settings, people who interpreted fairness as meaning that they should treat everyone the same tended to do better than people who did not.

The second moral system, which I call farming values, because it is associated with societies based on domesticated plants and animals, could not be more different. Agriculture, which was invented around 10,000 BC, provided much more energy than foraging (typically, 10,000-30,000 kilocalories per person per day). As a result, farmers were richer (usually living on the equivalent of $1.50-2.20 a day), lived in larger groups (cities up to a million people), and moved around rather little. For farmers, political, economic and gender inequality were not just possible but necessary, because only hierarchy could hold together the complex division of labor that agriculture required. Virtually every farming society had slaves or serfs and made women into second-class citizens — not because farmers were bullies, but because without forced labor, farming could not function. In these settings, people who interpreted fairness as meaning that everyone was different and should be treated differently — kings better than peasants, men better than women — tended to do better than people who did not.

The third moral system is once again wildly different. I call this fossil-fuel values, because it is found in societies that augment the energy of living plants and animals with that from fossilized plants, by burning coal and oil to power machines. Tapping into fossil fuels unleashes staggering amounts of energy (typically, 50,000-200,000 kilocalories per person per day). This kind of economy was invented in Britain just 200 years ago and then spread around the world. Fossil-fuel users are much richer than farmers (global average income is $25 a day), live in huge societies (Tokyo has 35 more million residents) and have extremely complex divisions of labor — so complex, in fact, that they cannot work well under the kind of top-down hierarchy than dominated the farming world. The more that fossil-fuel societies have moved toward letting people make their own decisions, through free markets, democracy, and free speech, the more they have flourished. Today, people who interpret justice and fairness as meaning that we should treat everyone the same tend once again to do better than people who do not.

There is, of course, a lot more to be said, and I say some of it in my new book “Foragers, Farmers, and Fossil Fuels.” But if this argument holds water, two big conclusions seem to follow.

First, human values are evolutionary adaptations, hardwired into us by biology; but what we take those values to mean depends on how we capture energy from the world around us. Fairness, justice, love, and loyalty mean different things to foragers, farmers, and fossil-fuel users.

Second, if energy capture really does drive values, there is no reason to think that the values of anyone reading this column are the final, perfect form of morality. Energy capture seems likely to change faster in the 21st century than ever before, and so will human values.

People are already merging with their technology and through their technology with each other in ways that would have seemed like magic just 100 years ago. Perhaps a solar-powered, networked world of brain-to-brain interfacing and virtual reality will be even more egalitarian than our own fossil-fuel democracies, and inequality of any kind will be unthinkable.

Or then again, perhaps some people will merge with their technology faster than others, turning into technologically enhanced, immortal posthumans who are as far removed from old-fashioned humans like ourselves as we are from Neanderthals. In a world like that, hierarchy might seem even more natural than it did to Tutankhamen.

We are standing at the threshold of the greatest transformation in what it means to be human since humanity itself evolved. Human values have come a long way from the simple sense of fairness that Sarah Brosnan found among the Capuchin monkeys, but we ain’t seen nothing yet.

Left: All primates value fairness of some kind. Ian Morris explains how our sense of fairness and economic justice have evolved to where they are today. Photo by Kryssia Campos/ Getty Images

Ian Morris is Willard Professor at Stanford University and teaches history, archaeology, and classics. His most recent book is "Foragers, Farmers, and Fossil Fuels: How Human Values Evolve."