Headline unemployment (U-3) was up to 9.8 percent in November, and the government’s broadest indicator, U-6, which includes all who worked at all last month, even if just for an hour — is holding steady at 17 percent. Add in everyone who’d like a job, but hasn’t looked for one in a year or more, and we estimate the total of under- and unemployed is close to 20 percent.

Even college graduates, whose unemployment rate is historically low, are now feeling the pain. In Friday’s broadcast we profiled four young and ambitious recent grads, all heavily in debt, all woefully underemployed. Here’s a longer look at each. If your story is similar and you’d like to share it, please do.

David Cook grew up in the Atlanta area, graduated Georgia State with a degree in anthropology with a focus in archaeology in 2009. He and his wife live in Colorado with their son, another child on the way. Together, they’re saddled with some $60,000 in student loans. She waits tables part-time. 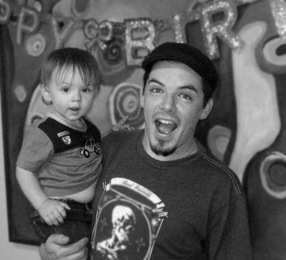 “It’s been pretty stressful because…I’m trying to look for jobs while watching my son. Most of the jobs I see require Master’s degrees. And that requires taking on another several thousand dollars in debt, and taking a lot of energy to prepare myself to apply and get in. And it’s difficult just to find the time to apply to jobs right now.”

What job do you really want? And what jobs are out there?

“I’d like to be able to do archeology, maybe for a professor doing their field research or working for a public archeology firm just with more of a focus on lab work. Right now I’m washing trashcans for the Department of Sanitation. I make about $9 an hour. It’s kind of monotonous and in a lot of ways it just makes me feel like I’m kind of wasting my time.” [UPDATE | Cook has just been told the trashcan job is over at the end of this week.]

How difficult is it?

“I remind myself I’m not going to get paid to fill out applications. That’s not going to bring in groceries this month. I have to squeeze those things, those long-term plans into the future, into the nooks and crannies between feeding my son and work and sleep.”

What jobs have you applied for that you are overqualified to do?

“I applied for a general manager position for a fast-food restaurant and I got a call back about it. I thought the interview went really well up until the very end when they asked me if I was interested in finding another job in my field or going back to school. And if those opportunities came up, would I take them? And I had to be honest, and told them that I would. I think they saw that as a risk. In that way I see how having a degree is almost a liability.

Fresh out of high school I was getting paid $9 an hour to work in a factory. If I had stayed in that factory instead of pursuing a college degree then I would probably be making as much as I would make in archeology with a college degree right now. It’s hard not to feel cynical when you’re scraping filth out of the inside of someone’s trashcan for near minimum wage and you’ve spent the last six years pursuing a totally different goal.”

Do you regret going to college?

“I don’t regret [college] at all because I found my passions in college and even if I have to do degrading work for the rest of my life, the experience of going to college was crucial.”

G.C. graduated in May 2009 from Brown University with a degree in comparative literature. She now lives and works in Denver as a part-time administrative assistant doing data entry for $10.75 an hour. Her student loan debt load is around $80,000.

“I’ve applied for 400 jobs at least, and probably closer to 500. I’ve had about six or seven interviews. Even though my degree is in comparative literature I also did a lot of coursework in psychology and education and so I would really like to merge those two — teaching kids in a nonprofit setting.”

Did you think it was going to be this hard finding work?

“The process of looking for work this past year has really made me hone in on what exactly I want to do. I’ve learned a lot about myself and a lot about I guess where my self-esteem comes from. I’ve realized that a lot of my self-esteem has come from my education or my credentials or my profession. And I’ve kind of been working on feeling good about myself even if I don’t have a job, feeling like I’m a worthwhile and intelligent and capable person even though I’m underemployed.”

Did you ever think that you would be in this position?

“I never thought that I would be in this position. But at the same time in a strange way I don’t have too many regrets about the past year in the sense that I don’t think it’s been a waste. I think that I’ve learned a lot about myself. It’s really made me thankful for what I’ve been blessed with and I know that there are other people who don’t have any work.

It’s really hard. It’s really hard. But I think I’m much stronger emotionally now than I was before and I think I’m much more focused. I have to admit that to some degree I took my education for granted and now that I’m out of school I miss it, and more than ever I really want to have something that I’m passionate in, and whether I’m working towards that through education or through a career, I really want that in my life.”

Do you regret going to school?

“The [student] loans are terrible, and I wish that college and private colleges were more affordable for sure but I have no regrets about where I went to school or how much I paid for my education because I was exposed to some brilliant people. I had brilliant peers and it was a wonderful formative experience for me intellectually, emotionally, socially, and I’m just so thankful that I had the opportunity to go to Brown.”

Evan Melillo graduated in 2009 with a history major and a double minor in political science and philosophy. He lives in Massachusetts with his parents and is carrying $40,000 in college debt. 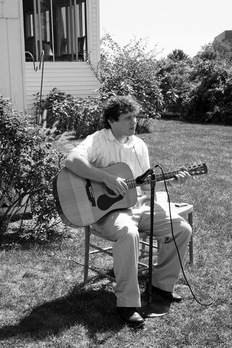 “My pitch was that I’m young, I’ve just graduated from college, I’m hard-working, and I have internship experience. I thought I could use [my internship experience] in order to get into municipal government. That didn’t work. Something that was stable was what I wanted. And you know at that point in the economy, you email people, or you call, and you’re happy just to get a response, not even an interview but: Yes, we got your resume. Or: Yes, we thank you for applying. Because it was really difficult out there.”

So when the municipal route became unfruitful, where did you go?

“I worked locally for a while, and I actually hurt my wrist [working as a mover]. And so I couldn’t do that anymore. I went directly from local moving to [shipping]. Really heavy pallets and rolling tubs and moving boxes, a lot of physical work. I’m just re-hurting my wrist over and over again. At this point I can’t even move it, I can’t play basketball anymore. I did work for the census … $16 an hour, my best paying job in maybe ever. It was great, but that again that’s the definition of a dead-end job. They tell you from the beginning it is going to end, and you do not get to collect unemployment.

When I graduated from school I had to move back home because I couldn’t find a job.”

Do you think that not having a full-time job in the first couple of years out of college might actually set you back?

“I try and tell myself that I’m not too worried about that. My parents graduated into a recession of their own in the 80s and mid-70s. And my dad said he didn’t have a full-time position, a meaningful job until he was 30. But it’s tough, you do get discouraged. Who wants to date a 26 year old man who lives at home with his parents and is unemployed? It doesn’t sound good, and it’s not what you strive for. It feels a little bit frustrating, and a little bit depressing to be in that position. This is what they’ve told you… After college you get a job and you start your life. I guess that fairytale is a little bit…you know, it’s not quite as advertised.”

Abby Lunetta graduated with honors from Louisiana State in December 2009 with a degree in creative writing. Owing $22,000, she moved to New York to find work. 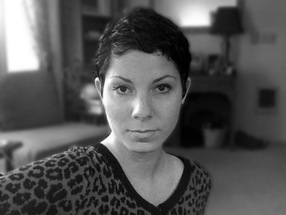 “In my last semester I started looking for writing jobs in all seriousness. There wasn’t much to be had. So I decided to come to New York. I’m just going to try to explore all the options that are available to me. ”

You had an interesting job interview recently. What was the interview like?

What else are you thinking of doing?

“I’m [also] thinking of going to teach English in South Korea. They are constantly hiring. Compared to what I’m finding in the United States, definitely it’s very appealing. From what I understand it’s very easy to save money on the salaries that are offered there. I majored in creative writing and I like to write fiction. That is not bankable right now but if I could maybe say for instance go to Korea I would be able to have the time to work on my novel and maybe have a manuscript ready to send out in a year or two.”

And what about your friends, people that you graduated with – are they in the same position?

Do you regret where you went to school or what you studied or the fact that you went to college at all?

“I definitely don’t regret having gone to college, I love that I have gone to college, especially since I don’t come from a family of college graduates. It’s something that is a great honor for me. I felt creatively nurtured there but if I had known that I was going to be graduating into this kind of economy I probably would have pursued something a little more practical. I still hold out hope for myself.

I definitely struggle with questioning myself, questioning my abilities sometimes, but when it comes down to it I have to just say these are the circumstances, a lot of people are in the same boat that I am, and I just have to keep plugging away at it. But I can definitely understand how this kind of economy, this environment lends itself to that kind of hopelessness and despair.”

Our interviewees have given us permission to post their email addresses, should any of you have job leads for them: d.cook09@ymail.com, evan.melillo@gmail.com and abbyhalfmoon@gmail.com.

Photos: David Cook with son at a birthday party; G.C. at home in Denver; Evan Melillo at a wedding by photographer John Cyr; Abby Lunetta in her mother’s apartment in Vancouver, WA.

*Note: One of the malemployed grads has asked their name and photo be removed from the story. Instead, only “G.C.” will appear.