In Towns All Over U.S., Small Green Economic Shoots Spotted 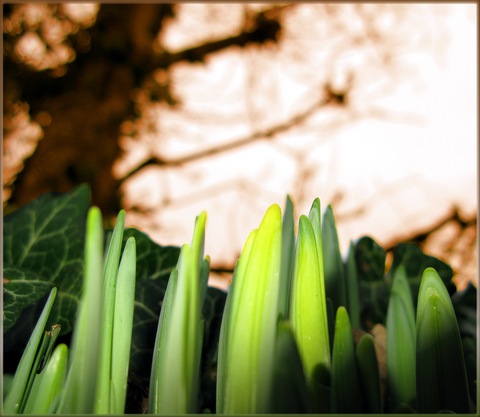 Sometimes it’s the small indicators that carry the most economic significance.

For months now the unemployment rate and consumer spending numbers have shown signs of a slowly improving economy. The Dow Jones broke 13,000 for the first time in four years on Tuesday. But after false starts in the past, such last spring, there is still hesitation for anyone to claim a full economic turnout is coming.

But as Patchwork Nation travels the country during campaign season visiting communities we have watched for four years in some cases, a clear trend is developing. This time small, quiet changes are also evident at the local level.

In January we reported from Nashua, N.H., a Monied ‘Burb in Patchwork Nation, that the economy there seemed to be coming to life at the ground level as evidenced by a series of small community-wide indicators. And on our last trip to Clermont, Fla., an Emptying Nest, we saw and heard similar small bits of good news, though with different indicators surfacing.

Where the Construction Was

Like other communities in Florida, Clermont rode the housing boom to the good times in the first half of the last decade. Where orange groves once grew, two gated, golf-course communities targeted toward senior citizens have sprouted up inside the city limits. The streets around them host subdivisions full of single-family homes.

The housing crisis hit the area hard, but in 2012, it feels like things might finally be getting better.

Trilogy, a 1,000-home 55-and-over community, is being built just west of Clermont in the city of Groveland. The community was just getting under way when the housing market collapsed. It sat there for years unfinished — in fact barely started. But in January the new developer announced it would pick up the pieces and move forward.

“They had an event the other night, a really nice spread — food and drinks,” said Ray San Fratello, president of the South Lake Chamber of Commerce. “It felt like the old days. In the old days [back in the boom], it felt like we had something like that every week or so.”

San Fratello emphasizes that the development is not a return to the “old days,” but he said, “it feels like a thaw.”

It has felt like an economic ice age in this part of Florida in recent years. The median home price in Lake County, home to Clermont, went from nearly $240,000 in mid-2006 to about $120,000 in 2010. The unemployment rate in that time grew from 3.3 percent to 12 percent. Foreclosures skyrocketed.

As the 2010 elections approached, Lake County became a base of support for the Tea Party movement with a very angry electorate. At one Clermont City Council meeting, local Tea Party members filled the chambers in a show of power.

And now? After some very hard years, the city council is talking about raising property taxes back to 2007 levels, said Ray Goodgame, the city’s mayor pro tem. It’s a small bump in the rate — fractions of a percentage point. But raising property taxes in a community with a large elderly population (without children in the schools and with their own gated-community infrastructure) can be a challenge.

A stalled development restarting and a local government feeling comfortable enough to contemplate raising taxes aren’t exactly the hallmarks of a go-go economy, but they show real improvement at the local level.

And, more important, they are not happening in isolation.

The economic situation and challenges in Clermont were far different from those in Nashua, the New Hampshire city Patchwork Nation visited in early January. But there too the little green shoots economists talk about were present.

The small changes we are seeing on the ground in these different places are, in essence, a set of snapshots — like small photos that fill a large montage. And when you step back, the little bit of good news here and there may actually indicate something bigger is going on.

This week Patchwork Nation is off to Michigan, another primary state that has been pounded by the recession. Next week we’ll report on what those snapshots have to show us.