Why the jobs report data spell trouble for the Phillips curve

And our Solman “U-7” Scale, which takes into account discouraged workers and the underemployed as well as the officially unemployed, dropped slightly from 12.73 percent to 12.63 percent. 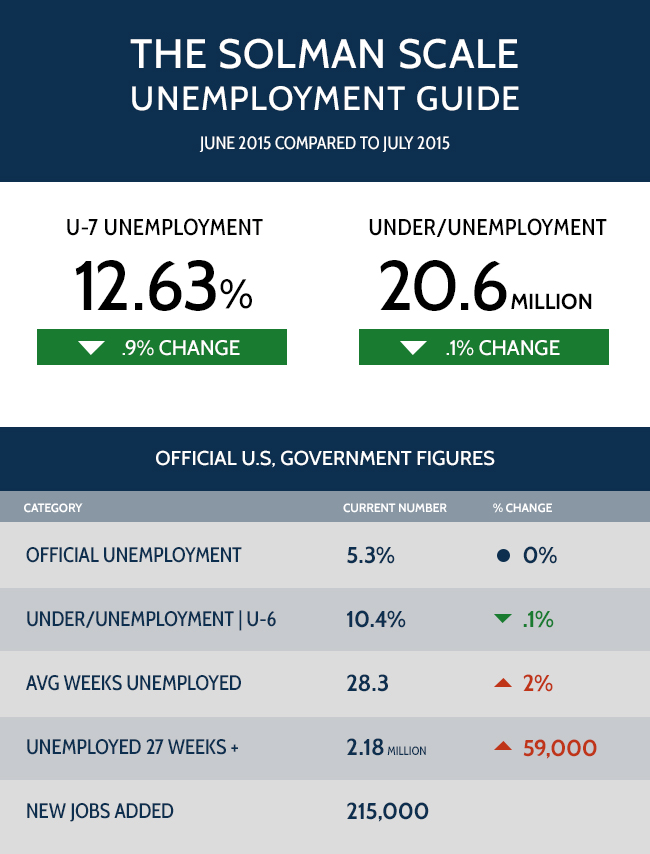 Biggest loser in these jobs data: The Phillips Curve. Unemployment has fallen dramatically over recent years yet wage inflation is unmoved.

And that contradicts some long-held economic assumptions.

“Typically, when workers are hard to come by, employers pay higher wages to get them, which will in turn mean higher prices or inflation,” Justin Wolfers told PBS NewsHour, “This is the central organizing framework to think about how the economy works.”

But we aren’t seeing that today.

Something I never thought I would see in my lifetime: Interest rates at 0% when unemployment is at 5.3%. (Doesn’t mean it’s wrong.)

So what’s going on? Wolfers “there is still slack in the market, and maybe workers are not hard to come by.” This would suggest that the economy has not yet improved to the degree we hoped it had.

So what does July’s job report mean for interest rates?

The jobs report is clear evidence that the Fed should continue to hold the line, and let the economy recovery before raising rates.

On the other hand, this month’s jobs report might just contain enough positive news to encourage the Fed to stay the course on its path toward raising rates later this year.