Single, Jobless and Living at Home: Will Economy Create a ‘Lost Generation’?

In record numbers, 20-somethings are delaying big moves like marriage and home ownership — and opting instead to live at home with their parents.

The depth of the recession and the weak recovery have left young adults facing the bleakest job prospects in decades and have literally transformed their plans for post-college life, according to new census data from 2010 released Thursday. 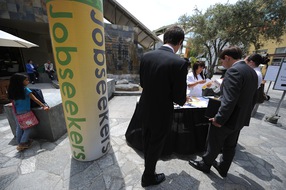 The statistics, which come from the American Community Survey that queried three million households, speak for themselves. Consider:

Some of the numbers were so stark that it prompted Harvard Economist Richard Freeman to tell the Associated Press that young adults “will be scarred and will be called the ‘lost generation’ in that their careers would not be the same way if we have avoided this economic disaster.”

Other trends also were headed in the wrong direction. In 43 of the 50 largest metro areas — often a magnet for 20-and-30-somethings — employment declined.

But amid all of the gloom, there was one piece of good news this week for some young adults just out of high school or college: For the first time in more than a decade, the 18 to 24 crowd is no longer the least insured group in the country. That torch has been passed to the 25 to 34-year-olds.

In two separate polls released Wednesday, the government and Gallup agreed that the provision of the health reform overhaul that allows children to remain on their parents insurance plans until they turn 26 has been a huge success.

According to the Gallup poll, the percentage of adults 18 to 25 without coverage fell from 28 percent a year ago to 24.2 percent this summer. In real terms, that means close to a million more young adults now have an insurance plan.

Along similar lines, the Centers for Disease Control and Prevention reported that the number of uninsured adults aged 19-25 fell from 10 million last year to 9.1 million in the first three months of 2011.

The provision appears to be having an immediate effect on the number of Americans who report they have health insurance, Gallup concluded.

That follows a report from the Census Bureau last week that found the percentage of young Americans without insurance dropped by 2 percent last year, meaning approximately half a million fewer 18 to 24-year-olds were uninsured.

Though the trend can’t be definitively tied to the Affordable Care Act, analysts say the timing makes the link almost certain — the rule went into effect nearly one year ago this week.

For many young people, it couldn’t have come at a more critical moment. In the current stumbling economy, young people are now unemployed at a rate nearly double that of older Americans.

And it comes at a time when the proportion of those going without coverage has risen for almost every other age group. According to the new Gallup results, the percentage of 26 to 64-year-olds lacking insurance rose from 18.1 percent last fall to 19.9 percent this summer.

While the public has remained about evenly split over the health reform law as a whole, support for the provision that allows adult children to remain on their parents insurance has been largely popular.