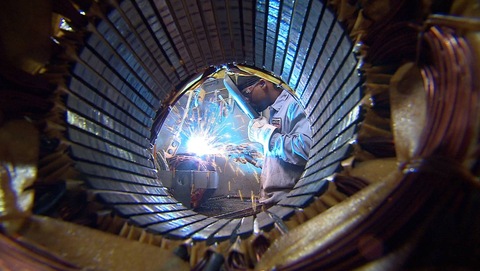 A welder at Lincoln Electric. Photo by Jared Manders.

We shot footage for an upcoming piece recently at arc welding manufacturer Lincoln Electric. The company, which we last visited back in 1992, is an improbable Rust Belt success story.

John Stropki, CEO of Lincoln since 2004, started as a summer production worker in 1969 while putting himself through Purdue. (He has the offer letter framed.) 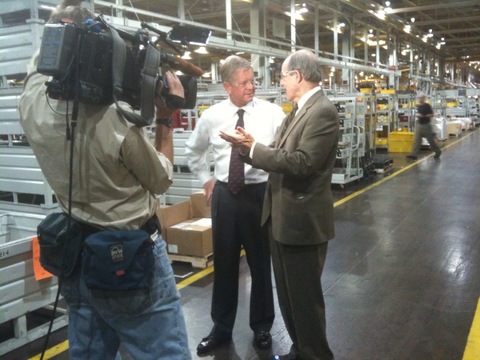 The pay ratio of the CEO to the lowest paid person in large U.S. corporations was somewhere around 300:1 last year. Stropki’s pay as a multiple of the lowest paid Lincoln worker: about 100:1, the company reports. That’s not because Stropki was underpaid. According to Forbes.com, his total compensation for 2010 was nearly $5 million, though his salary was “only” $783,333. The rest was mostly in stock and incentive pay.

But the key aspect of the Lincoln system is how much higher the ladder starts; average pay of almost $70,000 this year – and a guaranteed no-layoff policy, since so much of compensation is due to profit-sharing. 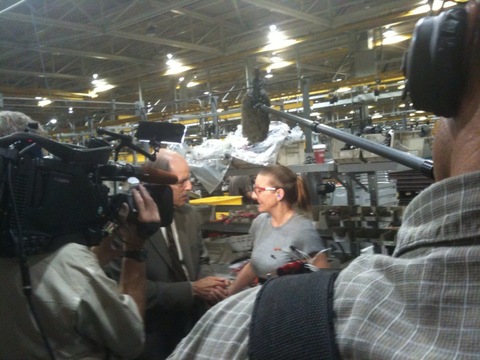 Paul talks to a worker at Lincoln Electric.