S&P’s Dire Warning: Of Any Significance At All?

Call me a contrarian — or just your garden-variety journalist/skeptic — but when I read the much-ballyhooed Standard & Poor’s announcement yesterday, I shook my shiny head.

“Because the U.S. has, relative to its AAA peers, what we consider to be very large budget deficits and rising government indebtedness, and the path to addressing these is not clear to us,” S&P opined, “we have revised our outlook on the long-term rating to negative from stable.”

Soon after, the stock market plunged, gold reached a new high, and commentators the world over credited (or blamed) S&P. Friends, I must be missing something. 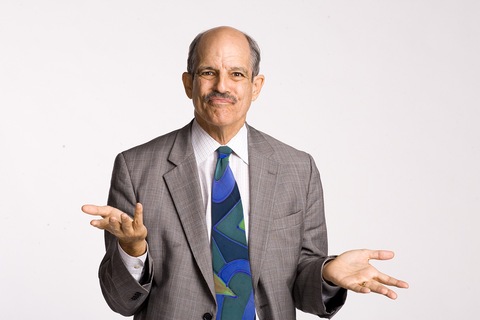 First of all, the announcement had been rumored for months.

Second: Standard & Poor’s? The same ratings agency that distributed triple-A favors to mortgage clients with the liberality of Richard Gere in American Gigolo?

Barry Ritholtz put it forcefully on his blog yesterday, “The Big Picture”:

Hence, the “negative outlook” of US debt has come about because the inability of Standard & Poor’s to have performed their jobs rating mortgage backed securities. Ultimately, this enabled the entire crisis, financial collapse, enormous budget deficit and now the political fight over the debt ceiling. 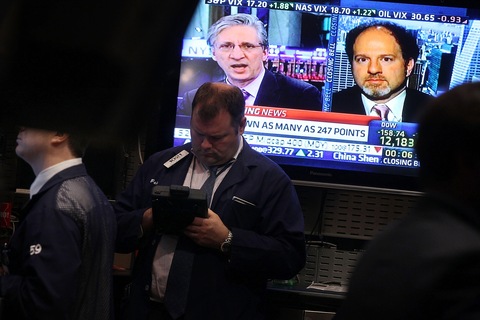 Traders work on the floor on the New York Stock Exchange on April 18, 2011 in New York City. Following news that Standard and Poor’s had cut its long-term outlook on U.S. debt to negative, the Dow Jones industrial average (INDU) fell 180 points in afternoon trading, settling at the close down 140 points. (Photo by Spencer Platt/Getty Images)

Third: It’s supposed to be news that the triple-A U.S. has “very large budget deficits and rising government indebtedness, and [that] the path to addressing these is not clear”? One could equally imagine that the news is S&P overcompensating.

Fourth: While the Dow tanked by 200 points and finished the day down 140 and gold did hit a new high, the bond market finished the day virtually unchanged and as I write today, it’s actually lower. In other words, the very bonds that S&P warned it might eventually downgrade — a one-in-three chance over the next two years — were unaffected.

Beware post hoc ergo propter hoc, however. Just because one event follows another, doesn’t mean there’s a causal connection. Nobody knows why the stock market goes down or up in a given day, with the occasional exception of a 9/11, the outbreak of war, Japan’s nuclear catastrophe and the Japanese market. As for gold, it’s been going up for how long now? S&P have anything to do with that?