Adjusting her hair to cover her bare breasts, Lady Godiva probably wished she’d agreed to a less-creative way to protest taxation. Since their invention, people have found ways around taxes — wealthy Romans even buried their jewels — but riding naked through Coventry was rather bold, especially for an 11th-century noblewoman.

Lady Godiva became a legend, but lesser-sung (but very clever) tax-avoidance strategies have marked European history — like demolishing your house to avoid property taxes. That’s the tax historians believe the residents of Alberobello, a town in southeastern Italy, followed. The houses were topped with corbeled slabs forming conical roofs in such a way that half of the stones relied upon a “key” stone to prevent collapse. When the King of Naples sent inspectors looking for funds to pay Spanish royalty in the 1600s, locals simply pulled the key and quickly demolished their homes. (The town is now a UNESCO World Heritage site.) 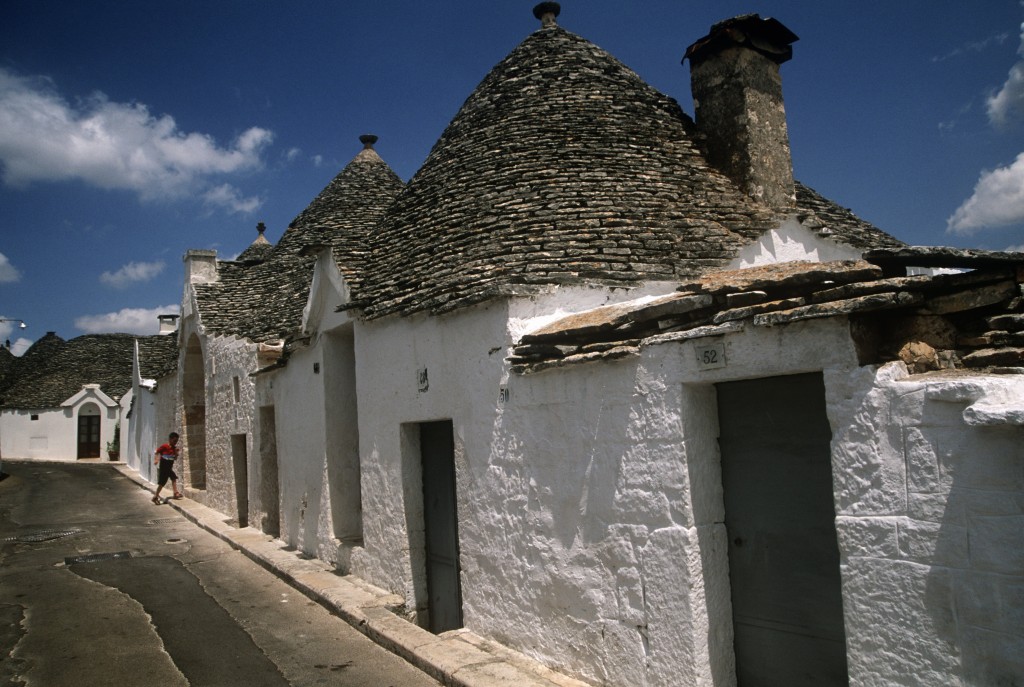 The story goes that the conical-roofed homes of Alberobello, Italy, were built in such a way that they could be quickly demolished before a tax collector arrived. Photo By DEA/G. SOSIO/De Agostini/Getty Images

In the Middle Ages, European nations warred constantly, and their soldiers needed to be armed and fed, lest they abandon the fight. Hence, tariffs. But Europeans proved so adept at avoiding them that “kings had to be creative in figuring out how to tax things,” says Susan Mitchell Sommers, a history professor at Saint Vincent College. In England, where a direct tax on individuals prompted the Peasants’ Revolt of 1381, governments found other means. One ultimately failed attempt was the 1662 hearth tax. William Petty, an early economist, advanced the notion of charging citizens by the number of chimneys in their home. He thought it was fair “because it was taxing the value of people’s houses,” says D’Maris Coffman, an economic historian from The Bartlett School at University College London, as opposed to excises or land tax.

Hearth tax collectors proved very unpopular, traipsing into people’s sitting rooms with their hands outstretched. To avoid paying, some temporarily blocked their hearths and chimneys until assessors left. Others just destroyed their chimneys or shared them among their terraced neighbors. The tax gave rise to pub culture, Coffman explains, when folks headed out of their homes in search of a hot meal. But blocked chimneys caused some deadly fires; those and the low-revenue generation forced a rethink in 1689.

So officials turned to something they thought easier to count than hearths and enacted the window tax of 1696. Time to brick up the windows! “The adage ‘free as air’ has become obsolete by Act of Parliament,” Charles Dickens wrote in 1850 about the unpopular tax, by then known derisively as the “tax on light and air,” according to Coffman.

The window tax lasted until 1851, but its legacy survives in architecture. Residents were charged a flat rate of two shillings — plus four shillings more for homes with 10 to 20 windows and double that for homes with more than 20. Soon, English homes featured either nine or 19 windows. Andrew Glantz, a window tax expert and a lawyer, says new construction was affected as well, noting that “entire bottom floors would have no windows” in lower-income housing designs. The tax also gave rise to internal stairwell windows, which allowed for surreptitious access to light and air.

Glass wasn’t the only “luxury” item seized on by the government — new fashions gave way to new tariffs, on everything from wig powder to bricks. But it was the window tax that laid the foundation for professional tax collection and regulation in Britain, Sommers says. Tweaked every decade or so, the tax became more specific and enforcement more professional. “This professionalization was being driven by people being creative in avoiding it,” she adds.

When the window tax was at last overturned for its unhealthy effects, the government applied what it had learned to “much more lucrative” taxation, like income taxes, Sommers says. So with tax season in full swing and governments demanding more and more dues, you can draw inspiration from Lady Godiva and her disrobed dissent, or curse her and other creative tax avoiders who prompted their governments to devise ever more taxing ways of making you pay.

Left: To avoid paying their hearth taxes in the 1600s, the English would block or destroy their chimneys, leading them to pubs for a hot meal. Today's pub culture grew out of that 17th-century revolt. Photo by Flickr user summonedbyfells