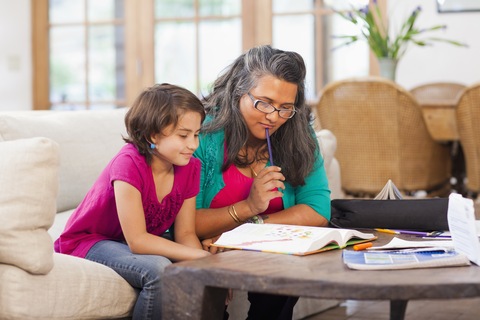 Jerome Kagan is one of the pioneers of developmental child psychology. But I interviewed him a few weeks ago with an economic motivation. PBS NewsHour has begun to explore a virtual reality project designed to help close America’s deeply troubling and widening economic gap — between those in the bottom rungs of the income and wealth ladder and those at the top. I explored this in 2011 when I visited Sesame Street, reporting on the effectiveness of the “marshmallow test.” The idea: to help kids learn to delay gratification and learn how to save, for example. The general aim: to do better in school, do better in life.

Jerome Kagan was skeptical, however of any short-term technology or test that claims it can close the achievement and economic gap. He thinks it will take a much more significant investment.

Jerome Kagan: The income inequality gap keeps on increasing. Joseph Stiglitz, [a Nobel laureate economist], said in [an editorial in The New York Times]( http://opinionator.blogs.nytimes.com/2013/02/16/equal-opportunity-our-national-myth/) that for a child born into the lower fifth of the income distribution of his family, the odds are only 50 percent that he or she will ever rise out of that [lower] fifth. That’s all. Just to rise up to the next fifth. That’s terrible and the achievement gap in school is getting worse.

Paul Solman: The achievement gap between richer and poorer?

It Pays Off to Invest In Early Education, Says Nobel Economist

The message of Sesame Street is clear. Sesame Street was funded by public funds with the hope that it would help poor kids. But it helped middle class kids because the parents sat with them and explained it, and the gap in knowing your letters between the poor and affluent was bigger after Sesame Street than before.

So it has to do with the failures of parents. Rarely is that in the press because there’s a deep reluctance to blame the victim.

Paul Solman: What is the fundamental problem?

Jerome Kagan: The fundamental problem is that the gap in educational achievement, which is a key in our technological economy, is due in my opinion — and the opinion of many, including Arne Duncan, our secretary of education — to the fact that the families of the poor who are not very educated are not talking to their children, interacting with their children, insisting they do their homework and so on. Should we say it’s a failure? Let’s say it’s an error of omission.

Jerome Kagan: Right, but people don’t want to say that. We don’t want to blame the victim. The civil rights movement had a profound effect on the United States and on the American mind, maybe unique in the world. Once we realized how victimized people of color had been, an honest empathy went out and that’s how we got civil rights legislation.

But then it began to spill over into all victims, victims of anything. Don’t blame them. You see it in films such as “The Station Agent,” where a dwarf was perfectly self-sufficient; everybody loves him just because he’s a dwarf. Or the movie, “The Sessions,” where a polio victim and all the woman who are around him, including his sex therapist, fall in love with him.

What I’m suggesting is victims have a badge of virtue about them in modern America. This was not true in the 19th century. I’m suggesting, speculatively, that there’s a reluctance in the unconscious of the American mind to blame them for anything.

Well, if you can’t then write in the press or put on television the importance of parents changing what they’re doing, then the safe way out is to say, “Look, learning disabilities is probably genes. ADHD, probably genes.” And that is the political alternative to not blaming the victim.

Paul Solman: But we also do not — in the press for example — talk about something that’s widely acknowledged in the psychological literature: the importance of heritability — of genes — with respect to intelligence as measured by IQ tests.

Genes do make a contribution to the IQ score — but a flower needs soil. The environment for poor people is so overwhelmingly powerful, it washes out the genetic effect. There is a genetic contribution to IQ, but you can’t detect it when you’re living in a deprived environment.

Paul Solman: In 1969, Arthur Jensen wrote a very controversial piece in the Harvard Education Review about the heritability of IQ and got all kinds of negative reaction to it. But he did say clearly that the color of grass — green — is 100 percent heritable. If you put a peach basket over the grass for a few days, it turns brown.

Jerome Kagan: Yeah, precisely. But all the work on heritability that you’re referring to was never based on looking at genes; it was based on the similarity between identical twins or between parents and children. Now that geneticists can look at genes, they can’t find genes that account for more than 10 percent of the variation in any human trait.

We know that poor people are not genetically defective. Years ago, three French psychologists did a very important study. They found poor families in France where the families were so poor they had to give up the child for adoption in the first year. Ninety percent of those kids were adopted by middle class professionals: doctors, lawyers, journalists. The difference in school achievement was enormous. They came from the same genes. And yet the kids adopted as infants were getting A’s and had IQs of 120. The kids back home were unchanged. So you can change children.

Paul Solman: So what do you do?

Jerome Kagan: This is not meant to be facetious. You change the Congress. You need a Congress that’s willing to invest in changing neighborhoods and improving schools in the poor neighborhoods. I know it sounds corny, but in this case Obama is right. This doesn’t happen in Finland or Sweden because they make sure that the poorest schools are good.

Paul Solman: Well, they don’t have as many poor people as we do.

Jerome Kagan: That’s right. We have a serious problem. I’m not saying you can remediate it all but we’re not doing anything. We’re not improving the schools of poor people.

Paul Solman: When I listen to you talk about how hard it is to do anything, I think, “Well, it may be a quixotic mission. Why even try?”

Jerome Kagan: I’m arguing in the countries that have tried, it works. Singapore had a lot of poor people. They’ve done a good job and their schools for disadvantaged children are excellent. There is no other explanation for their success because we know that the poor are not genetically defective.

Paul Solman: But you’ve got to radically transform the environment?

Jerome Kagan: You can’t do it cheap.

Paul Solman: And you can’t pussyfoot around with regard to the importance of tough parenting.

Paul Solman: But [there] was major interest in Amy Chua’s recent book, “The Battle Hymn of the Tiger Mom,” about the tough Asian upbringing style. So isn’t parenting being focused on as an important element in ways it wasn’t before?

Jerome Kagan: But who was that for? The book said, “You want to be successful the way Asian students are, then be a tiger mom.” The audience for that was not mothers and fathers that never graduated high school. I don’t think they know what a tiger mom is.