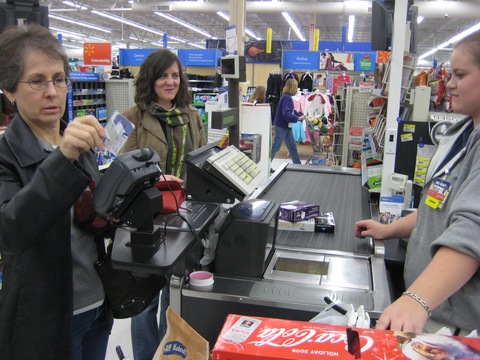 As the Christmas gift season winds down there are distinct holiday retail stories emerging – one for the wealthiest communities and one for places that are struggling.

Luxury retailers are doing a bang up business in 2010 – up some 7 percent from a dismal 2009. And the obscene gifts are back – including an edible $15,000 kid-sized gingerbread house and a $1.5 million pool sculpture – at places like Neiman Marcus. Sales at Neiman were up 5.5 percent for November, while Saks Incorporated (home of Saks Fifth Avenue) stores saw a 5.3 percent increase at stores that had been opened a year.

On the other end of the income spectrum though, things are much more mixed. Discount retailers are up only 2.6 percent over last year and some have had a tough time. It may be hard to weep for retail behemoth Wal-Mart, but sales for through the third quarter there were down 1.3 percent at stores that had been opened a year (November data was not yet available).

This high-end/low-end dichotomy – and the meaning of 2010’s divided Christmas – can be better understood through the prism of Patchwork Nation.

Consider Neiman Marcus and Saks. There are about 180 of those stores in the United States and 144 of them are located in just three of Patchwork Nation’s 12 county types – 66 in the wealthy Monied Burbs, 45 in the formerly growing Boom Towns and 33 in the big city Industrial Metropolis counties. All those county types have higher than average median household incomes – and the Burbs and Boom Towns have lower than average unemployment, just over 8 percent. 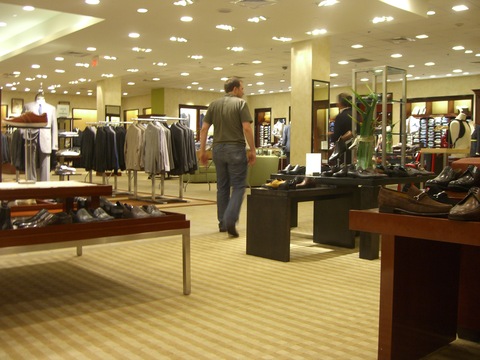 Part of the reason for the disparity is clear – as we note in the book “Our Patchwork Nation.” There are some places in America where Wal-Mart’s “always low price” mantra isn’t just about getting a deal, it is about finding a way to make ends meet.

Looked at this way, those retail numbers seem to indicate there are places in the country where any economic “recovery” remains more of a rumor than a reality. And according to some people in the communities we’ve been visiting for some three years, Christmas 2010 feels like something of a nadir.

Out in Lincoln City, Ore., a Service Worker Center in Lincoln County, Kip Ward sees a lot of evidence of hard times. “Maybe this is just the darkness before the dawn. I see way more street people,” he writes in an e-mail from his owner’s office at the Historic Anchor Inn.

Ward also said that state numbers show unemployment in Lincoln County is at 11.25 percent this November, compared to 10 percent last November. Hardly the makings of the jolly holiday.

As you might imagine, there are no Saks or Neiman Marcus retail stores in Lincoln City. But in Fairfax County, Va., a Monied Burb near Washington D.C., there is one of each. The latest unemployment number for Fairfax: just under 5 percent.

In other words, the Christmas divide looks very real in Patchwork Nation.

Beyond the fact that some lucky tot in Fairfax may have the joy of eating his way out of his own $15,000 gingerbread house on Christmas morning, is there any good news in the holiday divide we see? Maybe.

As we have noted on this blog repeatedly over the last year, any economic recovery is likely to begin in the wealthier communities, particularly the Monied Burbs. These luxury retail trends may well signal the early signs of a real recovery.

But as we noted on Tuesday, there is big note of caution. It may well be that the recovery is long underway in those wealthier places before it reaches out to less wealthy locales – like the Service Worker Centers, Evangelical Epicenters and Minority Central counties, where the unemployment rate is higher.

This last recession hit undereducated people particularly hard – and the education levels of those struggling communities are below the national county average. Furthermore, we have found increasing evidence that the local economies we examine are more isolated than we imagined. It takes time for money to flow out to them.

More important, as the holiday season retail numbers start to come in, remember that those bulk numbers don’t show as much as these tighter breakdowns. Whatever the numbers say in January, the real measure of the impact of 2010’s divided Christmas won’t likely be known for some time – perhaps even Christmas 2011.

Dante Chinni is the project director of Patchwork Nation.