The Not-So-Bad Times in Nashua, N.H. 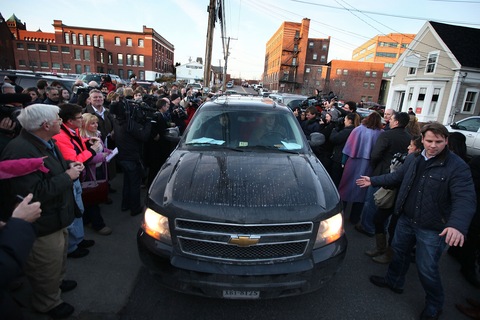 Nashua, N.H. | When you have been down a long time, as the U.S. economy has been, it’s hard to remember what up feels like. That feeling has been compounded by false starts on economic recovery (like last spring) and sudden downturns (like last summer).

But there are signs that the economy is indeed stirring to life — or at least showing signs it is not completely dead — and if you look closely you can see indications of those returning vital signs in Nashua.

Nashua is a Monied Burb in Patchwork Nation, a community with higher-than-average median household incomes and education levels. When we last visited there in September, it was home to a great deal of uncertainty and concern. There were more empty storefronts on Main Street and the troubles in Europe had the investor class in town spooked.

But as the New Hampshire primary media cavalcade rode through town last week, the feeling was different. Optimism may be too strong a word, but the pessimism had largely waned. Things were better — or at least marginally better.

When you look at the numbers, that economic sensation seems to be true for many of the Monied Burbs. And as the 2012 campaign begins in earnest, that’s significant.

The Not-So-Bad Times in Nashua

In September, David Ryan, the principal of Nashua North High School, said the uncertainties over the summer had made many of his teaching staff nervous, but this year Christmas brought some changes.

“I’ve had to send an email every year for the last five years when the holidays came that the staff should prepare for cuts,” Ryan says. “But this year for the first time since then I got to send an email saying there would be no need for any further RIFs (Reduction In Force notices). That’s a nice email to send.”

Looking around the hall he sees more new clothes on the students’ backs, he says, and more new electronic gadgets in their hands. And there were other signs.

“Our giving tree – it’s a tree we put up every year with tags full of gift requests for needy in the area – there were no tags left this year at the end,” Ryan says. “Every tag was taken and gifts were bought.” That hasn’t been true in recent years, he said.

Downtown, Chris Williams, president of the Greater Nashua Chamber of Commerce, charts the improvement in simple terms. “There were more sales on Main Street,” he says. In fact, Williams says, many of Nashua’s downtown businesses broke even for 2011 because of the holiday sales jump. The town’s weakest stores were weeded out in the recession, he says, and the stronger ones are at least surviving.

And Williams says all of the chamber’s sponsorships for 2012 – things like the state of the city speech and the annual gala – were already sold out. That is something that hasn’t happened in quite some time. “People aren’t as depressed and down. There is an acceptance that this is a new normal,” Williams says.

That new normal would be welcome to many communities in the country. The unemployment rate in Hillsborough County, the home of Nashua, was never sky high, but in November, the latest month for which there is national data, sat at only 5 percent. In January 2011, it was at 6.1 percent. That’s a solid decline.

Indeed the November unemployment average for the Monied Burbs was 7.5 percent, more than a point below the national average of 8.7 percent. And the Burbs, as we have noted in other reporting, are critical to winning the presidency. They were instrumental to President Barack Obama’s win in 2008.

The question now is one of staying power.

Of course, after years of fluctuations in the economy, there is nothing saying this seeming “turn-around” is different than others. But this one at least seems to have real momentum. That 7.5 percent unemployment rate in the Burbs is the lowest it has been since President Obama took office.

Watching the economic health of the Burbs is going to be critical to understanding the electorate in 2012 and small signs – like those in David Ryan’s high school and Williams’ Chamber can tell big stories.

Patchwork Nation will be back in Nashua later this year to see how things are — or aren’t — progressing.