The Truth About Entrepreneurs: Twice As Many Are Over 50 As Are Under 25

A Note from Paul Solman: In January, PBS NewsHour featured a company where the average age was 74. In March, the graying of academia, with a physicist in his 80s who may be a better teacher than ever. On Monday, we featured “senior” entrepreneurs, who also provided tips for those who would start a company in late middle age or beyond. And on Wednesday, entrepreneur Vivek Wadhwa revealed the age bias in Silicon Valley, and why it’s nuts.

Vivek follows up with a concrete example. He’s out to convince you that, in his words, and building on economic historian Joel Mokyr’s distinction between invention (coming up with something completely different) and innovation (actually getting it implemented), “it’s never to late for you to innovate.” 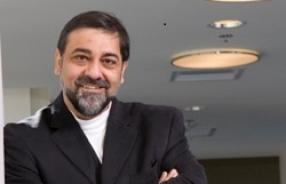 Vivek Wadhwa: During the mid-1990s, cardiologist and researcher David Albert had the idea to develop a handheld device that displays an electrocardiogram. He believed that this would save lives by providing immediate information to patients wherever they were. In those days, even the most powerful handheld computers didn’t have the needed capabilities. So Albert dropped the idea because it was impossible.

And then came the iPhone in 2007 — which has more processing power than some of the supercomputers of yesteryear. In 2010, at the age of 56, Albert started Alivecor with $250,000 from his savings. His goal was to build an iPhone case that performs an EKG. This device was approved by the FDA last December and now retails for $200 — with a prescription.

Myths abound about the young entrepreneurs who dreamed up crazy ideas while in their dorm room, raised millions of dollars in venture capital, and started billion-dollar businesses. But these are just the outliers. The typical entrepreneur is more like Albert — a middle-aged professional who learns about a market need and starts a company with his own savings.

Research that my team completed in 2009 determined that the average age of a successful entrepreneur in high-growth industries such as computers, health care, and aerospace is 40. Twice as many successful entrepreneurs are over 50 as under 25; and twice as many, over 60 as under 20. The vast majority — 75 percent — have more than six years of industry experience and half have more than 10 years when they create their startup. Nearly 70 percent start their companies to capitalize on business ideas that they have — which they see as a way to build wealth.

It shouldn’t come as a surprise that the motivation for entrepreneurship and innovation comes from experience and necessity. Even Mark Zuckerberg — the kid in the dorm room who started Facebook — built this to meet a need for an online directory of college students. Paul Allen and Bill Gates started Microsoft after realizing that their computers lacked software. Steve Wozniak and Steve Jobs started Apple because they saw the need for a “people’s computer.”

As Albert’s invention shows, there have been dramatic advances in technology over the past two decades. It has become possible for entrepreneurs anywhere to create world-changing products. These advances are not only in computing. Such diverse fields as synthetic biology, 3D printing, robotics, nanomaterials, and medicine are advancing at exponential rates. Take the sensors in the Alivecor heart monitor: they would have cost thousands of dollars and weighed several pounds, 15 years ago. Today, they cost as much as a cup of coffee and weigh less than the cup.

When Albert demonstrated a prototype of his heart monitor to major medical companies, they were skeptical, he says, that there was any market for such a device. They said that their market research had shown that it was a bad idea and that no one wanted or needed it. Undeterred, Albert continued to pitch his product. He made a YouTube video that garnered so much interest during the 2011 Consumer Electronics Show that Qualcomm and others came to him and offered an investment.

Renowned cardiologist Eric J. Topol, who is director at Scripps Translational Science Institute told me by email that Alivecor has allowed him, on several occasions, to make a definitive diagnosis for patients with serious heart problems. So Albert’s impossible invention — born of need and his desire to help others — is already making a difference. It may even become a commercial hit.

The lesson here is that ideas come from need; understanding of need comes from experience; and experience comes with age. The world may not yet be ready for your idea, but if you believe in it, keep pursuing it until one day the world is ready. It is never too late for you to innovate.

Vivek Wadhwa is vice president of innovation and research at Singularity University, fellow at Stanford Law School, and director of research at the Center for Entrepreneurship and Research Commercialization at Duke University. He is the author of “The Immigrant Exodus: Why America Is Losing the Global Race to Capture Entrepreneurial Talent.”