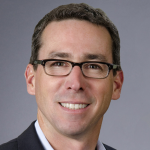 Yes, trade with China took away blue-collar jobs. And there’s no getting them back.

Editor’s Note: For the latest Making Sen$e segment, economics correspondent Paul Solman spoke with trade economist Gordon Hanson about how trade with China is hurting blue-collar workers in the U.S. — in certain geographical locations and industries. Hanson co-authored a soon-to-be published academic study on the topic, and its findings are as relevant as ever as the presidential candidates continue to talk about trade, globalization and jobs. You can read the working paper here. For more on the topic, tune in to tonight’s Making Sen$e report, which airs every Thursday on the PBS NewsHour.

PAUL SOLMAN: So you co-authored this academic paper that made quite a splash. What was the key insight, and why did it have such an effect?

GORDON HANSON: What we found was that international trade, in particular U.S. trade with China, has really disrupted regional economies in the United States. Coming out of the experience of the 1990s, I think we had a sense that globalization didn’t matter all that much for labor market outcomes for American workers. But as we went into the 2000s, with the rise of China, the situation changed. That massive increase in imports from China ended up really mattering for wages and employment in the parts of the country that produce goods that compete with China.

PAUL SOLMAN: Were you surprised by the results of the study?

“That massive increase in imports from China ended up really mattering for wages and employment in the parts of the country that produce goods that compete with China.”

GORDON HANSON: I, and many other economists, had been working on the impact of globalization on U.S. labor markets in the 1970s and 1980s. And what we found was that impacts were there, but they were minor in comparison with technological change. We kept monitoring the situation, but that debate kind of died down. Then with China’s massive growth, we thought: Well, it’s time to re-examine this issue. We had a sense that we were going to find something. What we were surprised by was that those effects were not distributed broadly and evenly across blue-collar workers in the United States, but were really concentrated in industries and workers and communities that produce goods that compete in the same arenas that China does.

PAUL SOLMAN: What geographical regions, arenas and industries were affected?

GORDON HANSON: So what’s distinct about China is that its comparative advantage is concentrated in a specific set of activities. Goods like footwear and apparel, and textiles and furniture, lower-end electronics are produced in the northern southeast and the southern mid-west, in parts of Tennessee, Kentucky, Ohio and Pennsylvania. So the hardship, the real impact of China’s rise, has not been spread across the blue-collar labor force in the United States. It’s been felt acutely in those particular labor markets.

PAUL SOLMAN: Were you surprised at the reaction to the paper? It got a lot of attention, people saying, “Wait a second; the old story that it’s technological change that’s displacing jobs, not globalization – that old story is no longer true.”

GORDON HANSON: There’s plenty of academic literature that has documented these adverse consequences of globalization on workers. I think the reason our work got so much attention is that the impacts were large, they were concentrated, and you could tie it to a particular event, which was the rise of China.

GORDON HANSON: No, it’s not. China has certainly bent the rules in many instances: there might have been a couple of years of currency manipulation; there has been the stealing of U.S. intellectual property; and there has been other instances where China has tried to get away with stuff that breaks the norm established by the World Trade Organization. The large part of China’s growth and its expansion in the U.S. markets is driven by the fact that it has an enormous comparative advantage in labor intensive goods.

READ MORE: What is the Trump trade doctrine? His economic adviser explains

PAUL SOLMAN: And what is that advantage?

GORDON HANSON: So China’s growth was an outcome of the fact that under Mao, the economy was isolated from the rest of the world. It had this great potential. It had very low wages. It had an enormous workforce, but it wasn’t part of the global economy. The reforms in China that opened it to the rest of the world happened very quickly. So it was like you had this spring that had been compressed for three decades, and it was suddenly uncoiled.

PAUL SOLMAN: But to the manufacturing workers in Tennessee, Kentucky, Pennsylvania and Ohio, the fact that they’re competing against super low cost labor is no consolation.

GORDON HANSON: It’s no consolation at all. Those workers in those regions are the losers of globalization in the United States. We’ve known for a long time that globalization creates winners and losers. What we haven’t done in the United States is to make sure that we’ve got the right set of policies in place to help workers adjust to labor market shocks associated with globalization — or technological change, for that matter.

PAUL SOLMAN: If we put barriers, trade barriers, tariffs, against Chinese goods, it would preserve the jobs of American workers, wouldn’t it?

“We can’t turn the dial back on globalization. It’s a fait accompli.”

GORDON HANSON: Donald Trump wants to sell the idea that, through trade protection, we can go back to the late 1950s. So suppose that he were to be elected president and were to erect say a 50 percent tariff on imports, not just from China, but for the rest of the world. That would bring manufacturing production back to the United States. There’s no guarantee it would bring manufacturing jobs back. As that production came back, it would be much more automated; much more capital intensive. We can’t turn the dial back on globalization. It’s a fait accompli. What we should be doing is thinking about how we make sure that American labor markets are as flexible and as responsive as possible to help workers who are hurt by globalization find new areas of activity.

PAUL SOLMAN: Is this not the same argument people are making about what would happen if you raised the minimum wage? If the price of something goes up for the employer, then she or he will replace people with technology.

GORDON HANSON: So I think the parallel here is you’ve got a situation in which lower-wage workers in America are hurting, and they’re looking for answers. And policymakers haven’t provided those answers, not in the last 10 years in response to China’s economic growth nor in the 20 years before that when technological change buffeted many parts of the U.S. economy. Quick answers, simple answers – raising trade barriers to China, a $15 minimum wage – aren’t going to magically move America back to a situation where we have robust wage growth for the middle and lower parts of the economy.

PAUL SOLMAN: So what did your study find in terms of how people have responded politically to the threat to their jobs — or the destruction of their jobs by globalization — and specifically trade with China?

GORDON HANSON: So over the last three decades we’ve seen this economic polarization in the United States; that income gains have been concentrated at the top. What political scientists have documented has occurred at the same time is political polarization – that is, our politicians on the right and our politicians on the left are growing further and further apart. What we haven’t been able to find until now is a link between that economic polarization and that political polarization. What we did was to go congressional district by congressional district and see what happened in areas that were hit harder by import competition with China. And what we found was evidence of that same process of political polarization, but not at the national level — rather, at a local level.

We went congressional district by congressional district to see what the impact of competition with China was at the local level. What we found was that the national pattern of polarization played out across communities. Areas that initially leaned Republican, when they were hit harder by import competition from China, they moved hard to the right. That was where the tea party flourished.

But areas that leaned initially Democratic, and particular areas that had a predominantly minority population, leaned harder to the left towards more liberal Democrats. So we’re at this complicated moment in American history where economic polarization and political polarization are interacting. This makes it all the more important that we have a reasoned, careful and sane response to the difficult predicament that we find ourselves in.

Left: Container boxes are uploaded at a port in Qingdao, Shandong Province, China, on Sept. 8, 2016. Photo by China Daily via Reuters

Gordon Hanson holds the Pacific Economic Cooperation Chair in International Economic Relations at UC San Diego. Additionally, Hanson is a research associate at the National Bureau of Economic Research, a member of the Council on Foreign Relations and co-editor of the Journal of Economic Perspectives.