Editor’s note: Likely by now you have heard the stories about the failing retail industry. In January, Macy’s announced it would lay off 10,000 workers in addition to its previously announced plan to close 100 stores.

And it’s far from alone. Sears, J.C. Penney and RadioShack have all announced more than 100 store closures. As we reported in our coverage of the July jobs report, general merchandise stores have lost 36,000 jobs in the past year while clothing and clothing accessories stores dropped 10,000 jobs in July.

Read what Gilboa has to say about the transformation of retail, and tune in to next week’s Making Sen$e report for more on how Warby Parker is positioning itself in the retail landscape. Tonight’s Making Sen$e report, part one of a two-part series, focuses on the death of traditional big-box retailers. Making Sen$e airs every Thursday on the PBS NewsHour. The following conversation has been lightly edited for clarity and length.

DIANE LINCOLN ESTES: So, you began with an online business. Why did you guys decide to get into brick-and-mortar stores?

DAVE GILBOA: We launched Warby Parker seven years ago, and initially we sold exclusively online. And a big reason for that was just that it was capital efficient. We were full-time students working out of our apartments. We hadn’t raised any external capital. And so we wouldn’t have been able to sign a lease for a store even if we wanted to. We also thought there was an interesting opportunity to offer a new, unique experience around selling glasses, where we could offer free home try-ons. So we could send people glasses without prescription lenses, have them try on the frames, send them back to us, and we’d be able to operate the business without all the overhead of running physical stores. Our e-commerce business is doing really well. That continues to grow really quickly. But we found that there’s still a lot of demand for people walking into physical stores. And now we have 55 stores. We’ll open about 25 this year. And we’re finding these great synergies between having both online experiences and offline experiences.

DIANE LINCOLN ESTES: What are the synergies between online and offline?

DAVE GILBOA: We find that about 75 percent of our customers that shop in our stores have been to our website first. The world’s not black and white, and people have been saying that physical retail is over.

DIANE LINCOLN ESTES: So is retail as we know it dead?

DAVE GILBOA: We don’t think retail’s dead. We think mediocre retail is dead. And we’re finding a really powerful response from customers any time we open stores. Both in terms of driving sales through the stores themselves, but also in just the profitability of our overall business. The halo effect that in driving general awareness, and driving sales to our e-commerce business in markets that we’re opening stores. The stores themselves are great billboards for attracting customers who are then spreading awareness about Warby Parker through word of mouth. 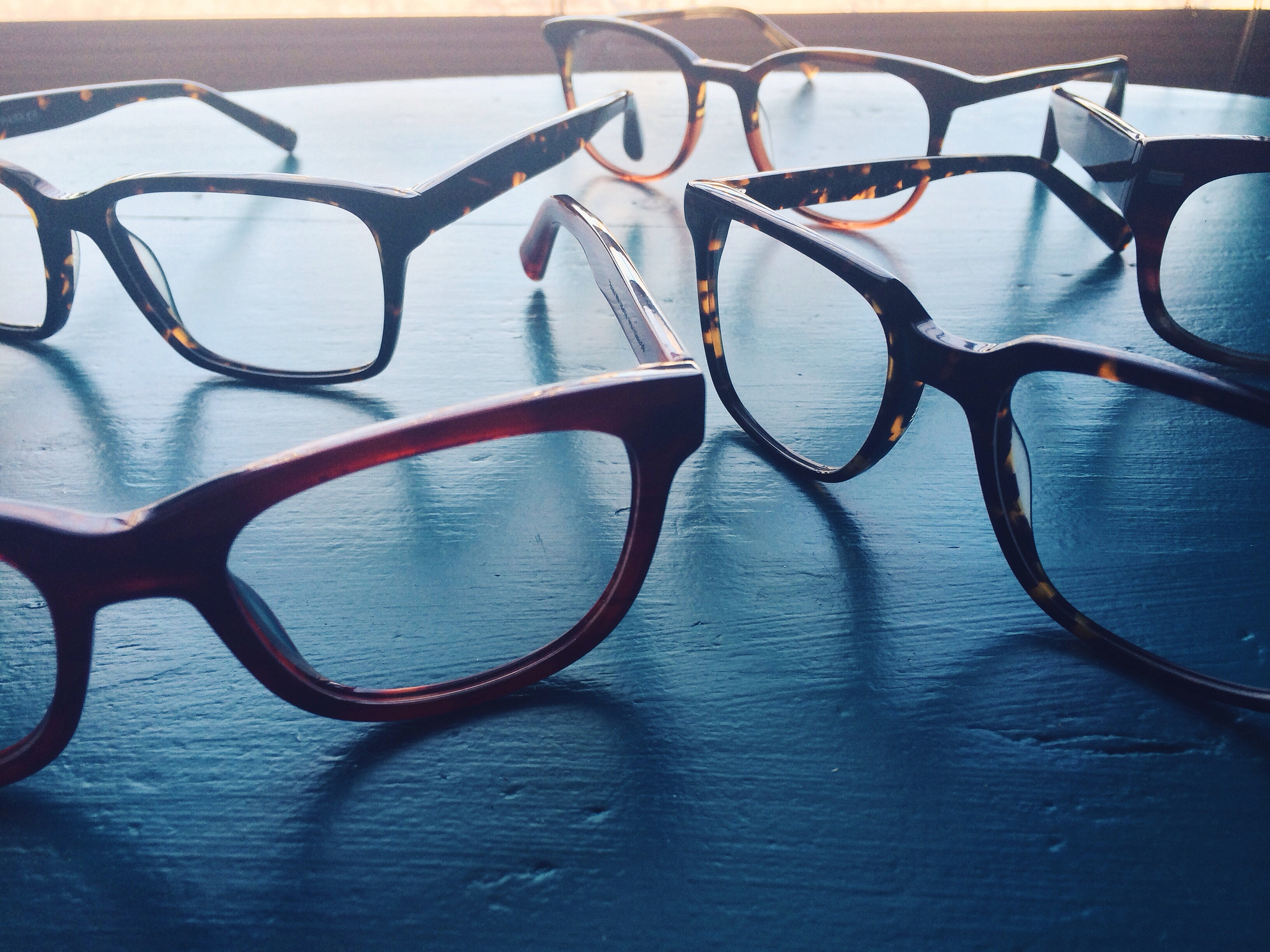 Despite Warby Parker’s success online, the company will open about 25 more brick-and-mortar stores this year. Photo by Katy DeCorah via Flickr

DIANE LINCOLN ESTES: Why do you think customers were interested in a physical store? Is there a certain type of customer who says, “I don’t want to buy my glasses online”?

DAVE GILBOA: We launched exclusively online, and we realized that 99.9 percent of our customers had never bought prescription glasses online, and so it was going to require a departure. It’s a little bit of a leap of faith for people to try out a new brand that they weren’t familiar with, at a price point that’s a fraction of what they’re used to paying for prescription glasses. We thought about, “How can we de-risk this process as much as possible?” So we offered free shipping and free returns, great customer service and the ability for people to try on glasses even from the comfort of their own home. But we recognized that that’s probably not enough for a certain segment that maybe has been buying glasses from optical shops for decades. There’s a different risk tolerance for certain types of customers. There are certain customers that probably will never feel comfortable buying glasses online. And so those customers wouldn’t shop with us unless we had physical stores. There are other customers that even if we open up a store right next to their house, down the street, they’d prefer the experience of ordering online. They just find it more convenient to transact, either on their phone or through computer, than driving somewhere or walking down the street.

More than anything we just want to give customers options. We like to say that we’re experience-focused, but medium-agnostic. We don’t care if customers are engaging with us through a physical store, online, through their phones, through channels like Twitter or Instagram. We just try to make things as easy as possible, regardless of the medium. We think that the way that consumers engage with brands and retailers is going to continue to change. A few years from now, a lot of the interactions will probably happen through virtual reality or augmented reality, or new types of platforms. We just want to continue to offer options for consumers where they’re spending time.

DIANE LINCOLN ESTES: How will people interact with Warby Parker using virtual reality technology? What can you see in the future?

DAVE GILBOA: We don’t have a crystal ball, but we know that technology is going to continue to change. There are going to continue to be more options for consumers over time. The best brands and retailers have to continue to be flexible and innovate. And you’re seeing now traditional retailers that are either going out of business or closing stores; those are the ones that really haven’t innovated, that haven’t kept up with the pace of change. They haven’t recognized that consumers have more choice than ever. And that pace of change is accelerating. For us, as there’s emerging technology around virtual reality or augmented reality, we just want to make sure that we’re staying up to date and providing options for consumers as those platforms gain ubiquity.

DIANE LINCOLN ESTES: So which one’s more successful? Your online business or your physical store business?

DAVE GILBOA: Both our online business and our physical store businesses are growing really quickly. When we launched, less than 1 percent of the eyeglasses market was online. This was in 2010. If you’d asked us then, we probably would have predicted that e-commerce would have grown industry-wide more quickly by 2017 than it has. Right now we think it’s about 3 percent of the overall market. And we’re helping to drive a lot of that growth. Our e-commerce growth rate is still incredibly healthy, but we want to cater to all customer segments. If 97 percent of dollars in the industry are happening in physical stores, we want to give people options. You’ll continue to see us open stores, but we’re never going to have thousands of stores. We can serve a lot of our customer base very well through e-commerce and we’re finding a lot of customers are buying something online, and the next time, they make a purchase in-store, and vice versa.

DIANE LINCOLN ESTES: You said that overall it’s 3 percent and 97 percent. Is that what you’re seeing in your business?

DAVE GILBOA: For us, we’re seeing a much closer split to 50-50 between e-commerce and retail. Both channels have really favorable economics for us. And we just want to offer the best experience possible, and let consumers choose how to engage with us.

DIANE LINCOLN ESTES: Do you think all retailers need to have this mix of online and offline?

DAVE GILBOA: Historically, the world’s been viewed as pretty black and white. You had e-commerce companies like Amazon, or had kind of pure bricks-and-mortar retailers. You’re seeing a convergence. Most consumers don’t think of the world in channels. They think about their relationship with a particular brand or retailer. As consumers are spending more time on their mobile devices I think the best brands and retailers need to have a presence there. Similarly, online and in physical stores. And that’s why you’re seeing even companies like Amazon acquiring Whole Foods, starting to open bookstores. I think that was surprising to a lot of people. It’s not surprising to us. For those brands that want to have a ubiquitous presence, and have an offering that appeals to the general population, I think it is a requirement to have physical stores, to have a great online presence and, increasingly, have a great mobile offering.

Left: Michael Preysman of Everlane (left) and Dave Gilboa of Warby Parker (right) speak onstage at TechCrunch Disrupt NY 2013 at The Manhattan Center on May 1, 2013 in New York City. Photo by Brian Ach/Getty Images for TechCrunch via Flickr