What Happens to Us Codgers if the Debt Limit Isn’t Raised?

We reported last week on the fear and trembling of bond vigilantism, real or imagined — that the bond market would punish the country for profligacy by raising the interest it demanded to lend us money, thus making everything from mortgages to car loans more expensive. Therefore, say deficit hawks who refuse to raise taxes, we mustn’t raise the debt ceiling without drastic spending cuts.

‘Wait just a gol darn minute,” as sidekicks used to say in old TV westerns: “Ain’t there a Social Security trust fund kickin’ around somewhere? An ol’ box locked away and jus’ plumb filled to the brim with funds for them young ‘uns when they get long of tooth?”

Well, a decade ago, we actually trekked to the official trust fund repository in Parkersburg, West Virginia and here’s the bad news: it contains photocopies of the assets in the fund: U.S. government Treasuries. That is: bonds — IOUs. And that’s all it contains. Not that the government isn’t ultimately good for the money. But to get the actual cash to issue Social Security checks, those bonds have to be redeemed — paid off. And from whence will come the money to redeem the bonds? From new bonds — i.e., more borrowing. See for yourself.

Problem is: there’s a debt ceiling. If the ceiling isn’t raised, the Treasury can’t borrow any more. It would seem to be a problem indeed.

But breathe easy, fellow seniors. It’s not as if the United States has no income. At the moment, we raise 50 cents for every dollar’s worth of commitment. And more to the point, Social Security taxes are expected to more than cover Social Security payments in 2011 (though they didn’t last year). So Social Security checks aren’t about to start bouncing, no matter what happens to the debt ceiling.

Furthermore, according to my sources in the Administration, the Justice Department’s position is that the first payment priority, in the event of a halt on new debt issuance, are those specified in legislation, particularly if they have dates attached — pay by such-and-such date. That would include Social Security.

Susan Irving, who does budget analysis for the General Accounting Office, points out that in the past, the debt limit has always been raised in the nick of time, as during the last such crisis in 1995-96. And that Social Security benefits continued to be paid to those already signed up for the program. 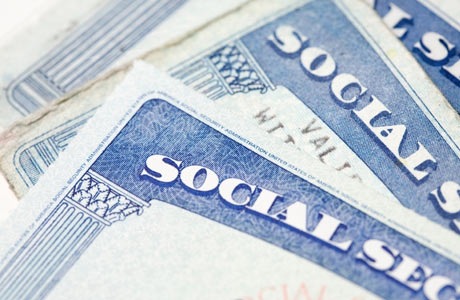 For new retirees, however, it might be a different story. Would the Social Security Administration retain enough staff to sign up those becoming eligible? Quite possibly not. That’s more of a problem than in the past because in each of the past two years, more than a million people have signed up for Social Security. That’s an average of something like 3,000 folks a day. If the stalemate drags on, that could be awful lot of our fellow Americans.

Editor’s Note: Slight edits were made since the original posting.