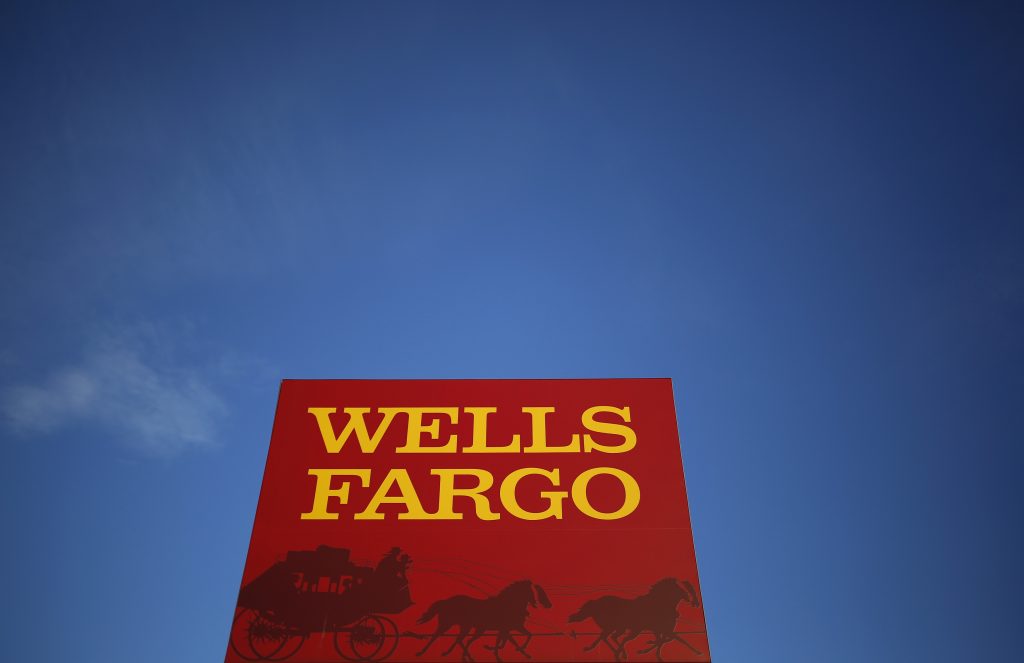 A Wells Fargo branch is seen in the Chicago suburb of Evanston, Illinois. Photo by Jim Young/Reuters

WASHINGTON — The CEO of Wells Fargo faced accusations of fraud and calls for his resignation Tuesday from harshly critical senators at a hearing over allegations that bank employees opened millions of accounts customers didn’t know about to meet aggressive sales quotas.

Stumpf said he was “deeply sorry” that the bank failed to meet its responsibility to customers and didn’t act sooner to stem “this unacceptable activity.” He promised to assist affected customers.

Sen. Elizabeth Warren flatly told Stumpf he should resign. “You squeezed your employees to the breaking point so they would cheat customers,” she said. “You should resign. You should give back the money you took while the scam was going on.”

The Massachusetts Democrat, one of the fiercest critics of Wall Street, also advocated for a criminal investigation by the Justice Department and securities regulators.

Stumpf, a 34-year veteran of Wells Fargo and CEO since 2007, earned $19.3 million last year. The bank does have in place provisions its board could implement to claim back executive compensation.

Money in customers’ accounts was said to have been moved to these new accounts without their permission. Debit cards were issued and activated, as well as PINs created, without telling customers. In some cases, bank employees even created fake email addresses to sign up customers for online banking services, the regulators said.

Peppered with criticism for hours, Stumpf at one point stumbled a bit over his words and bristled at Warren’s suggestion that the sales practices were a “scam.”

“We recognize now that we should have done more sooner,” he acknowledged. “I am deeply sorry that we have not lived up to our values in this way.” He promised: “I will make it right.”
Stumpf bristled at Warren’s suggestion that the sales practices were a “scam.” The senators asked that he specifically lay out action the bank will take to do so. They also challenged assertions that he and other Wells Fargo senior executives didn’t become aware of the problems until 2013 — when the sales misconduct was reported by The Los Angeles Times. The practices apparently began at least in 2009.

Wells Fargo has long been known in the banking industry for its aggressive sales goals. Carrie Tolstedt, the former head of the retail banking business, announced in July that she would retire from the bank this year. She is expected to leave with as much as $125 million in salary, stock options and other compensation.

Sen. Bob Corker of Tennessee said it would be “malpractice” if the bank doesn’t institute the compensation clawbacks, and Stumpf said the board “has the tools to hold senior leadership accountable,” including himself and Tolstedt.

Questioned again by Warren, Stumpf said the bank had not considered firing her.

Under the settlement with regulators, it neither admitted nor denied the allegations. It later said it plans to eliminate the sales targets by Jan. 1. Some 5,300 Wells Fargo employees have been fired.

Stumpf offered some detail at the hearing about who was fired, saying “bankers, bank managers, managers of managers, and even an area president.” They ranged in pay from about $35,000 to $65,000.