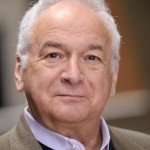 Column: Why click-bait will be the death of journalism

Journalism is (once again) in crisis. This time, the sky really does seem to be falling.

Newspapers are losing readers and revenue. Some are shutting down all over North America. In Canada, it has been particularly acute, with the largest chain consolidating newsrooms in two-newspaper markets in January. Long-established small town newspapers in Ontario and British Columbia have simply vanished overnight after more than a century of service. Broadcasters continue to shrink, even as local U.S. TV stations in caucus and primary states make their usual profits in an ad-rich election year. Canadian TV stations are threatening to shut their local news operations unless a better model is found.

Media managers are wondering what went wrong. Reporters and editors are asking why journalism doesn’t pay any more. However, if simple solutions are hard to discern, the media have only to look at the technology they once so eagerly embraced.

Yet media organizations stubbornly insist that digital is the solution. They cling to digital like a torpedoed sailor clings to a raft, hoping that the submarine won’t hit them again.

It’s the digital technology. It emerged in the late 1990s and early 2000s and swept through every aspect of modern life, including journalism. As ratings and circulation declined, media organizations, pressured by shareholders and desperate to find a way to return to the great profit margins of the 1980s, seized on digital as the silver bullet of transformations.

But if ever there was a double-edged sword, it is the digital culture. It has enlarged our informational possibilities while at the same time offering up trivia like cat videos, celebrity sightings and “listicles.” It is, in effect, driving journalistic deviance downward, to paraphrase Daniel Patrick Moynihan.

Yet media organizations stubbornly insist that digital is the solution. They cling to digital like a torpedoed sailor clings to a raft, hoping that the submarine won’t hit them again.

In February in Toronto, at a gathering sponsored by the Canadian Journalism Foundation, three prominent newspaper publishers (Montreal’s La Presse, the Toronto Globe and Mail and the Toronto Star) discussed the future of the business. To a person, they were all bullish. And that future for newspapers, they said, is digital, digital and more digital.

We live in strange times.

Journalism is also being Uber-ized. Increasingly, content isn’t created by journalists once employed by legacy media. It comes from freelancers, citizen journalists, bloggers and vloggers. Freelancers are being hired while experienced, older journalists are laid off. In the rush to return to the once-rich profit margins of the early 2000s, media organizations are being urged by their shareholders to dispense with expensive ventures like international reporting. Newspapers have closed or been downsized, broadcasters have cut their more expensive (and more labor-intensive) content. News consultants like Frank N. Magid Associates are hired to tell their news clients that weather, traffic and crime, or WTC, are what most audiences prefer.

Not coincidentally, WTC also happens to be the cheapest and most readily available content. And all three bits of low-hanging journalistic fruit originate from government sources: weather from the National Weather Service (Environment Canada based in Ottawa), traffic reports from various Department of Transportations at the state and provincial levels and, of course, crime from local police forces. (The last of these may have a financial incentive to make sure that the media reports as much criminal activity as possible, even when crime rates are declining.)

So much for independent journalistic inquiry.

And studies are showing that all three of the WTCs evoke strong feelings of anxiety in audiences. The news seems to be in the business of producing “moral panic.”

Click-bait is rarely newsworthy, but it does attract eyeballs. The assumption seems to be that audiences might stay for the “serious” content after gorging on the fluff.

It’s not all bad. Many businesses have been properly transformed and modernized by digital. While customers have benefited from the ease, cost-effectiveness and simplicity of digital, there is also a powerful downside: Wages for workers in those industries have plummeted (journalism included), working conditions are often worse, and company morale, in many instances, is still dropping and has not yet hit rock bottom. Journalists’ unions seem particularly ineffective under these circumstances, accepting downsizing and reduced salaries, because they understand their choices and influence are limited to say the least.

At the same time, profit margins in many industries have never been greater. Media organizations with smaller labor-intensive operations are doing well, and startups are being courted by Wall Street IPOs. (Buzzfeed raised $850 million last year in order to get into the news and film business and away from cat videos and listicles.)

This increased competition from media organizations like Buzzfeed, Vice Media and Vox have put renewed pressure on legacy media. Broadcasters especially try to entice their audiences through click-bait. This is defined as “an [eye-catching] link on a website which encourages people to read on. It is often paid for by the advertiser (‘Paid’ click-bait) or generates income based on the number of clicks.”

One of the best qualities in the journalistic culture is skepticism. But when it comes to digital, skepticism has been replaced with unquestioning enthusiasm.

No technological change can ever be reversed. Occasionally, it can be slowed, even questioned. Can the effects of the digital culture be made to work on behalf of the culture rather than against it? If journalism is to survive, it has to resist digital’s worst qualities in order to let it offer what’s best on behalf of the public.

Digital is merely a technology, like the telephone. It’s a technology that will only thrive if it has something of value to transmit. But anxious media managers seem to have become believers in a technology possessed with apparent magical properties.

One of the best qualities in the journalistic culture is skepticism. But when it comes to digital, skepticism has been replaced with unquestioning enthusiasm. And the information-starved public is being left behind.

Left: Buzzfeed employees work at the company's headquarters in New York. BuzzFeed has come a long way from cat lists. The kittens haven't disappeared, but these days there is serious journalism as well. New technology that has upended how news and advertising are produced and distributed. Photo by Brendan McDermid/Reuters

Jeffrey Dvorkin is a former managing editor and chief journalist at CBC Radio. He has also been vice president of news and information at NPR and was NPR's first news ombudsman. He now teaches at the University of Toronto and is director of the journalism program.