What’s the appeal? A look at two top contenders for Amazon HQ2

NEW YORK — The communities said to be favored to become homes to a pair of big, new East Coast bases for Amazon are both riverfront stretches of major metropolitan areas with ample transportation and space for workers.

But there are plenty of differences between New York’s Long Island City and Crystal City in northern Virginia.

Set within eyeshot of the nation’s capital, Crystal City is a thicket of 1980s-era office towers trying to plug into new economic energy after thousands of federal jobs moved elsewhere.

WATCH: Has Amazon selected its next headquarters?

Rapidly growing Long Island City is an old manufacturing area already being reinvented as a hub for 21st-century industry, creativity and urbane living.

Seattle-based Amazon, which set out last year to situate one additional headquarters but now may reportedly open two, has declined to comment on its plans. But people familiar with the talks said this week that Long Island City and Crystal City have emerged as front runners for the “HQ2” project and its total of 50,000 jobs.

A look at two communities said to be at the top of Amazon’s list. 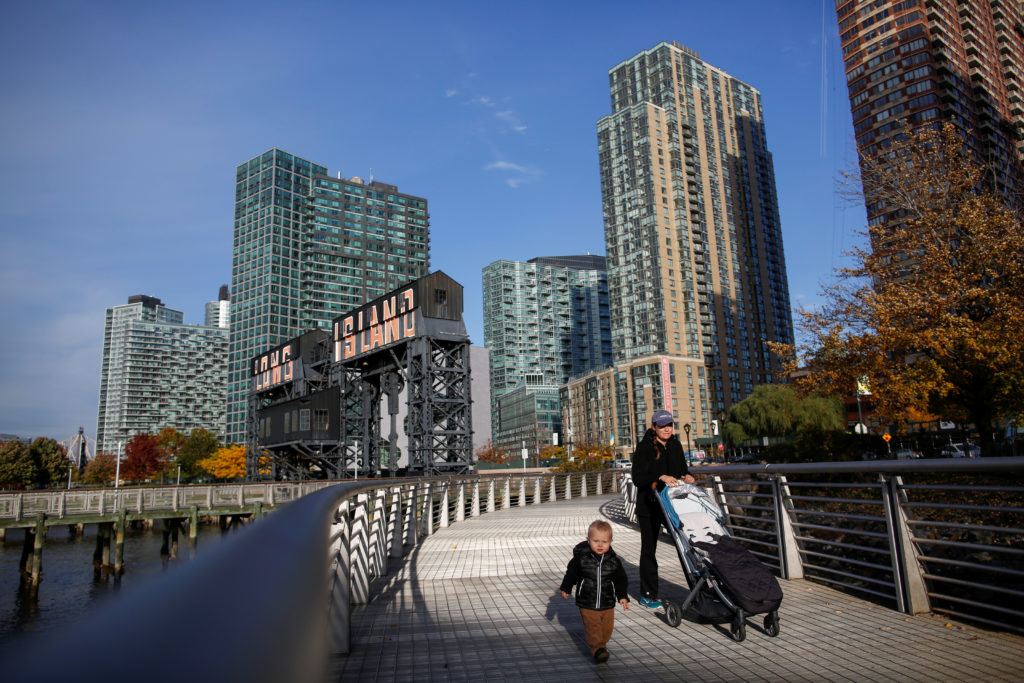 It’s already the fastest-developing neighborhood in the nation’s most populous city, and Amazon could pump up the volume in this buzzy part of Queens.

If chosen, the neighborhood stands to burnish New York City’s reputation as a tech capital. Landing Amazon would also cement Long Island City’s transformation from a faded manufacturing zone to a vibrant, of-the-moment enclave of waterfront skyscrapers, modernized warehouses and artsy-tech ambience across the East River from midtown Manhattan.

But Long Island City also has been straining to handle its growth.

“I know that there are a lot of people cheerleading for this, but HQ2 has to work for Queens and the people of Queens. It can’t just be good for Amazon,” says van Bramer, a Democrat.

New York has striven for nearly a decade to position itself as a tech hotspot.

Once a bustling factory and freight-moving area, Long Island City saw many of its plants and warehouses closed as manufacturing shriveled in New York City.

The neighborhood’s rebirth began in the 1980s, when officials broached redeveloping a swath of the waterfront, while artists were drawn by warehouse spaces, affordable rents and a building that is now the MoMA PS1 museum. Silvercup Studios — where such TV shows as “Sex and the City,” ”30 Rock” and “The Sopranos” have been filmed — opened in 1983.

Long Island City gained a new commercial stature, and the start of a high-rise skyline, when the banking giant now called Citi opened an office tower there in 1989. But the area’s growth lately has been driven by residential building.

Some 9,150 new apartments and homes have been built since 2010, more than in any other New York City neighborhood, according to the city Planning Department . Thousands more units are in the works.

New York has striven for nearly a decade to position itself as a tech hotspot.

Venture capitalists poured $5.8 billion into New York-area startups last quarter, more than any other region except the San Francisco area, according to the consulting and accounting firm PwC . Established tech giants, including Google and Facebook, have been expanding their New York footprints.

“But I think we have to be careful about it,” she said. 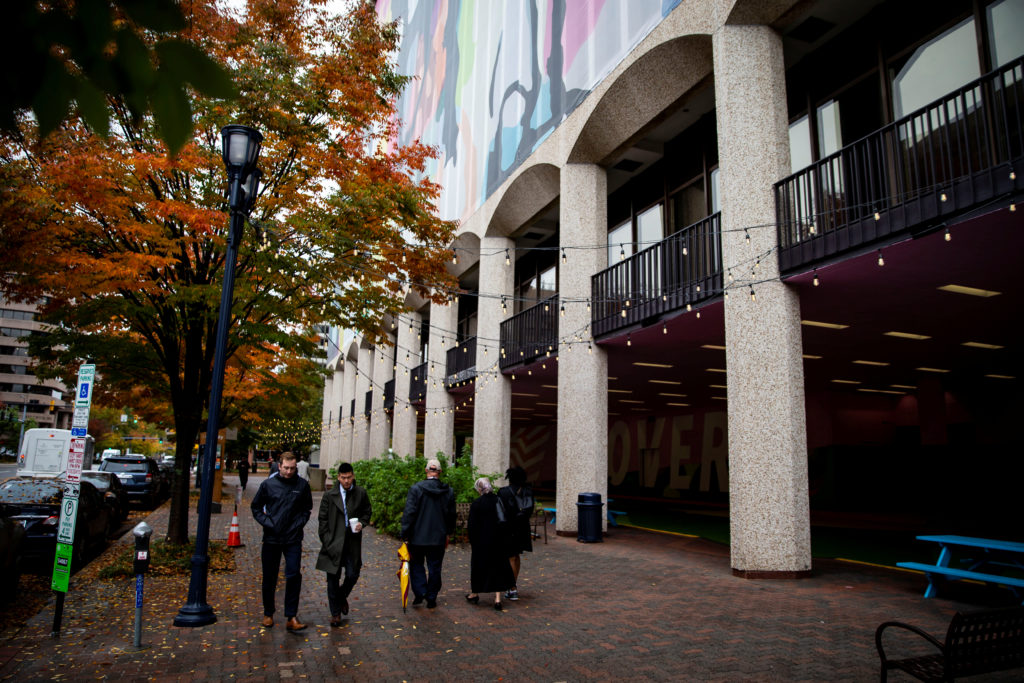 A building in the Crystal City area of Arlington, Virginia that Amazon.com is reportedly considering as part of its new second headquarters is seen in Arlington, Virginia, U.S. November 6, 2018. Amazon is planning to split its second headquarters evenly between two cities with the Crystal City area among the finalists with which Amazon is now holding advanced talks. Photo by Al Drago/Reuters

If any place in America can absorb 25,000 Amazon jobs without disruption, it may well be Crystal City, Virginia, where nearly that many jobs have vanished over the last 15 years.

The neighborhood in Arlington County is bounded by the Potomac River and the nation’s capital on one side, by the Pentagon on another and Reagan National Airport on a third.

Despite its prime location and abundant transportation options, the neighborhood has been hit by a massive outflow of jobs. The Patent and Trademark Office began moving more than 7,000 jobs out of Crystal City in 2003. In 2005, the Defense Department announced plans to move roughly 17,000 jobs elsewhere as part of a base realignment.

Arlington County has worked hard to bring in new employers, and had some success. The Public Broadcasting Service moved its headquarters to Crystal City in 2006.

Still, large swaths of the neighborhood remain vacant. Among other challenges, the area has fought to overcome a reputation for outdated architecture.

Crystal City is populated by ’70s and ’80s-era office buildings. The buildings are connected by a network of tunnels populated with food-court style dining options, hair salons and newsstands. The tunnels leave the ground-level outdoor streetscape sometimes looking empty.

Brookings Institution urban planner Jenny Schuetz suggested the buildings may require an upgrade, or even replacement. But she noted that while people often associate tech companies with converted lofts or state-of-the art workspaces, many big Silicon Valley tech companies actually work out of ’80s-era office buildings.

People who’ve worked in Crystal City appreciate its convenience and its worker-friendly features.

For all the talk about antiquated architecture, people who’ve actually worked in Crystal City appreciate its convenience and its worker-friendly features, including the tunnels.

“I loved it here,” said Christine Gentry of Greenbelt, Maryland, as she ate breakfast in a largely empty food court. She works for the Patent and Trademark Office and preferred the days when her office was in Crystal City.

“Everything is accessible here,” she said. “When it was raining or snowing or sleeting, I never had to go out.”

Perhaps no place better illustrates the vibe of Crystal City than the region’s only revolving restaurant, the Skydome atop the Doubletree Crystal City. Diners enjoy a panoramic view of the D.C. skyline, completing a full rotation every 47 minutes.

“It’s huge draw,” Getachew said. “People come for the curiosity of it.”

The only downside, he said, is that “when customers get up to go to the restroom, they don’t know where they are when they come back.”