Why Does the First Child Get the Gold? An Economics Answer 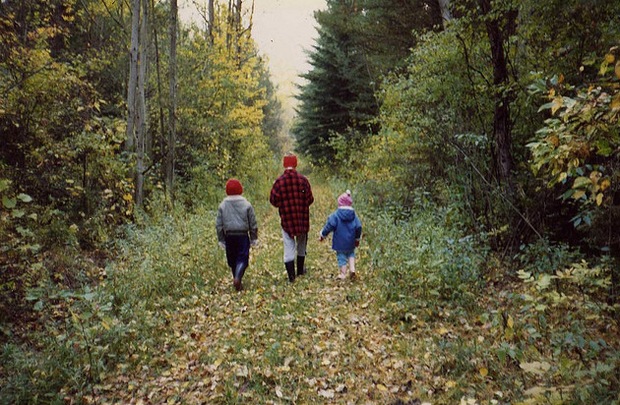 First-born children, on average, do better in school, are less likely to have substance abuse problems and accumulate more wealth. But why? The answer may have a lot to do with a common complaint of eldest siblings. Photo courtesy of Flickr user Lindsey.

Are you an eldest child? Did you watch your younger siblings get away with things you wouldn’t have dreamed of attempting for fear of your parents’ wrath? New economics research validates the whining of older siblings everywhere: yes, you had it tougher because mommy and daddy punished you for things the younger ones got away with. But boy (or girl) did it pay off!

V. Joseph Hotz of Duke University and Juan Pantano of Washington University studied patterns of parenting that varied with the birth order of the children, specifically examining parental discipline with regard to school performance.

That birth order matters should come as no surprise. First-borns do better in school, are less likely to have substance abuse problems and accumulate more wealth over their lifetimes. Something like half of American presidents have been first-born children and the same seems to be true of CEOs. But the question bugging Hotz, himself one of five kids, was why?

And that’s where, the authors argue, parenting comes in. It’s only one possible explanation for birth order effects, but their study goes where others have not in drawing a relationship between child performance in school and how their parents treat them. Call it the “Brideshead Revisited” syndrome.

Using a game-theory framework, Hotz and Pantano posited that parents are harder on their first-borns to set a standard (what they call “reputation”) for their other children. In other words, by punishing the eldest for doing poorly in school, parents are not only sending a signal to that child, but to all of their children that poor performance will not be tolerated.

Setting out to test their hypothesis, the authors looked at mothers’ answers to hypothetical questions about how they would react to each of their children doing poorly in school. Systematically, mothers were much more likely to hold their eldest children to account.

The questions were administered when each child hit a certain age as part of the National Longitudinal Survey of Youth (in which the mothers were first enrolled when they themselves were children in 1979).

MORE FROM MAKING SEN$E ON PARENTING:

A game theory model would explain the incentive that parents have for wanting to clamp down on older children to send a signal to their younger children. Discipline, after all, is not something you can start with younger kids and retroactively apply to the older ones. But why do parents tend to loosen up on the whelps? If they punish the older sibling, why not continue to do so down the line?

Actually, Hotz clarified, most parents don’t really want to punish any of their kids. He likened it to when a parent says, “this will hurt me more than it will hurt you,” when handing down punishment. “It’s no fun to punish your kids, plus it’s a lot of work. So if they could get away with not doing it, they would.”

And indeed, as more kids join the family, the impact of punishment diminishes, relative to the investment in meting it out. Thus, from an economics cost-benefit perspective, parents would become more reluctant to punish as time goes by and the family swells, letting the young ones, relative to the first-borns, off the hook.

The authors’ findings are consistent with this idea. Each additional sibling an eldest child is blessed (or cursed) with increases the likelihood they’ll see their parents’ stringent side (as measured by daily parental monitoring of homework completion). If there are no more kids, there’s less incentive to discipline the “first.” That supports another family trait celebrated in cultural lore: the only child syndrome. The reasoning is that parents are less reluctant to punish only children because they don’t have to set the standard for a bigger brood; again, a lower payoff for a given investment — strict parenting of the first born.

What’s the takeaway from the study? That despite so much current talk about genetics and peer influence explaining most of the variation in individual performance, parenting actually matters. It seems, in fact, to matter a lot. Genetic pre-determinism is a big part of the debate about birth order effects on school performance, but that performance, Hotz argues, is about much more than raw intelligence; working hard and “stick-to-itiveness” play a big part too, and those skills are teachable. See Miles Kimball’s and Noah Smith’s article in Quartz Monday about the myth of “math people” for more about hard work and school achievement. For more about the importance of parenting, see this post by renowned Harvard psychologist Jerome Kagan here on the Making Sen$e Business Desk.

Bottom line? What Joseph Hotz of Duke wants parents to know is that economics research suggests that their behavior can significantly influence what their kids do and who they become. And to elder siblings, like Hotz’s sister, who complain that they got the worst of mom and dad, Hotz points out that it was good for them, and that maybe it helped out their younger siblings (like him) as well — to the benefit of the family as a whole.