When Student Reporting Labs approached teacher Bernadine Judson about collaborating on a story that would eventually air on PBS NewsHour’s national broadcast, she did not hesitate to say “yes.”

Not long after, she and her students found themselves in the Southern California desert, shooting a story about the innovative way California’s Coachella Valley Unified School District provides low-income students access to free and reliable Wi-Fi at home.

Thaisi Da Silva and Matt Ehrichs from the Student Reporting Labs team taught the students how to stabilize cameras as they shot an interview inside a moving school bus and gather the best natural sound by the dusty roadside. 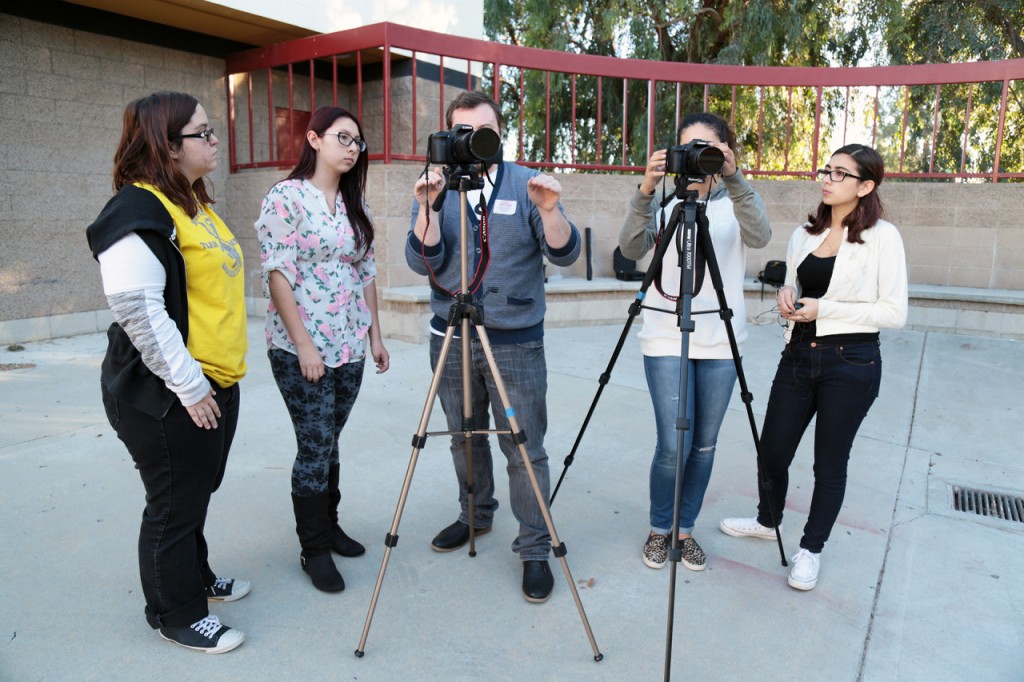 Correspondent David Nazar of PBS SoCal offered the aspiring journalists encouragement and advice about their future career goals. Nazar said he was surprised to find the level of capability and confidence the students’ had when it came time to shoot. He said he also appreciated having the perspective of younger people on a shoot that dealt with issues about access to education and technology.

“At first I thought it was more of a tutorial, but it’s actually these kids getting out in the field, into the trenches, helping with the story and also lending their perspective and their take on things,” Nazar said.

Throughout the trip, the students blogged about their experience and shared photos from the shoots.

“It was like looking into my future,” said West Ranch junior Avery Schroeder. “A lot of high school students dream of what they want to do when they’re adults, but this was an amazing opportunity to actually see what my life would be like going into broadcast journalism.”

For Judson, the week left her feeling inspired to look for further opportunities to have her students work with media professionals.

“Sometimes there’s a disconnect between what we can do in the classroom and what they can do out in the world,” she said. “The level of respect Matt and Thai showed for the students was so encouraging for them too.” 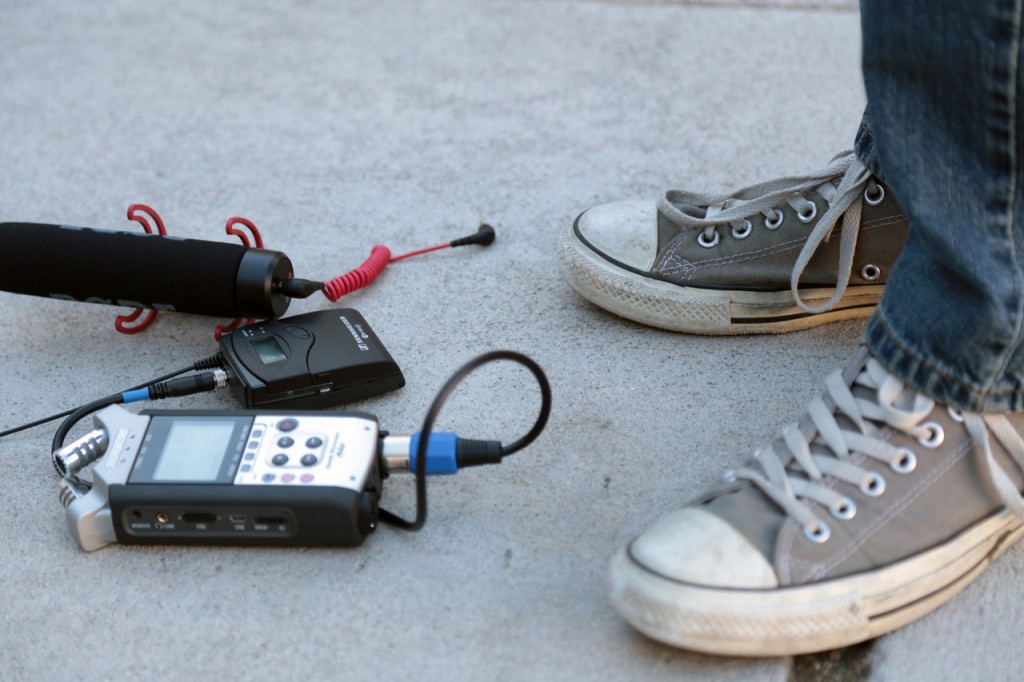 A student takes stock of audio equipment while on a shoot with Student Reporting Labs in Southern California.

This was the first school year as a reporting lab for both Etiwanda and West Ranch. Across the country, more than 100 high schools and middle schools participate in SRL by pitching and producing stories about issues in their own communities. Some of the pieces occasionally make it on air.

Even though the amount of work involved with SRL on top of the regular news show Judson’s broadcast class produces seemed daunting at first, she said the students adapted quickly to the increased expectations.

Overdevest said being a part of SRL has allowed her students to gain recognition for the work they do.

“They have really found new meaning in creating their projects,” she said. “They have tackled stories with meaning and depth, something they would never have done without being a part of the SRL community.”