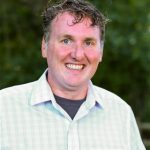 Column: Why geography matters for students now more than ever

Editor’s note: As teens scroll through their news feeds, catching glimpses of conflict and atrocities taking place in Syria, South Sudan, or even violence here in America, what are they learning about our interconnected world? How can teachers help students understand how they’re affected by and connected to people in far away places that they might never see?

Chris Heffernan, a teacher of 20 years, says the answer lies in a subject that many think has gone by the way side, but is more vibrant than ever: geography. Heffernan, who is a seventh grade social science and math teacher at Jefferson Junior High School in Naperville, Illinois, says he no longer thinks about map quizzes when he thinks about geography class, but rather “human geography,” the study of culture, economy and politics, which ends up affecting all of us.

When I was hired as a geography teacher in 2001, I was out of my element. I was a history person. I knew bizarre bits of American history and ancient civilization, but nothing about geography. In that first year, my career plan was simple: wait it out. Wait until there was an opening in ancient civilizations or U.S. history, and then move to that curriculum.

The only geography class I ever took was in the seventh grade. I remember learning basic map skills – latitude and longitude, cardinal directions, scale and how to interpret the key. We learned about landforms like peninsulas, straits and mountains. We discussed climate and biomes. Most important (apparently), we took map quizzes.

But since I started my geography career in August 2001, I experienced a “Sputnik” moment for geography in the wake of 9/11.

Like everyone else, I have vivid memories of that day. I remember my students doing an activity using road maps to find the best route across the state of Illinois. But while my students sat in groups with giant Illinois road maps, trying to figure out interstates and state routes, the world had changed dramatically.

As we began to process who had done this, a more important question emerged. Why? Why did people want to do this to us? I remember the Newsweek cover story a few weeks after by Fareed Zakaria called “Why they hate us.” Most of us had no idea.

Geography matters more now than ever because students need to know human geography. They need to understand the relationships that exist between cultures.

It became obvious that it wasn’t just my students who needed to learn about the world, but that I did too. I knew where Afghanistan was on a map, but I didn’t know much more than that. I didn’t know what the Taliban was. I didn’t understand that the government was one of the most repressive governments in the world. In my mind, Afghanistan was the country that had fought off the Soviet Union in the 1980s, so therefore, they must be our ally. I may have known the physical geography of Afghanistan, but I was ignorant to the human geography that existed there.

Geography matters today more than ever, but only if we are looking at the right things. Google has changed our world, and geography is included in that. I haven’t given my students a map quiz in years because there isn’t really a need to memorize where countries are. Students can Google any country in the world to find its location.

Geography matters more now than ever because students need to know human geography. They need to understand the relationships that exist between cultures. They need to see not just the differences in cultures, but the similarities. Students need to know that the kid sitting in a school in Afghanistan today probably doesn’t speak the same language, practice the same religion or live in a home that looks anything like a student in the United States, but they have a lot of things in common. They both love their families, the both want to play and they both want to learn. When we focus on the similarities instead of the differences, it changes the picture.

Geography matters today more than ever because our students are growing up in a globalized world. Nearly all business is international. Our students will never work in isolation. They need to know that the other people they work with, whether in a cubicle down the hall or on a screen halfway around the world, all have ideas and value. While they might see the problem and solution differently, they still see the problem and have solutions.

Geography matters now more than ever because of global crises that range from migration to climate change to pandemics.

Geography matters because learning about problems isn’t enough; we have to take action to solve them.

The original version of this story appeared on the #worldgeochat blog here.

Left: "Geography matters today more than ever, but only if we are looking at the right things," writes teacher Chris Heffernan. World map mosaic by Luis Cristino da Silva in Lisbon, Portugal. Photo by DeAgostini/Getty Images

Chris Heffernan is a seventh grade social science and math teacher. He has been teaching for 20 years and has spent the past 16 at Jefferson Junior High School in Naperville, Illinois. Heffernan co-founded #worldgeochat with Peter Spiegel (@geospiegs) and Ed Casey (@ecasey77), a weekly Twitter chat for geography and global studies teachers of all levels.