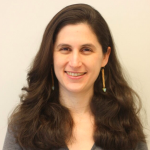 Column: How I teach about the Holocaust as living memory fades

Editor’s Note: Today is Holocaust Remembrance Day or Yom HaShoah in memory of the 6 million Jews killed during World War II. Many schools teach about the Holocaust by recounting the stories of survivors and by asking students to reflect on what they have learned.

Lauren Porosoff teaches sixth grade English in New York City. She discusses how people’s thinking about the Holocaust has shifted since she was a child in the 1980s, and why it’s important to continue to teach its history.

By the time I was in sixth grade — the age my students are now — I’d already participated in Yom HaShoah commemorations six times. Each year at my Jewish day school, the whole K-8 student body would gather in the gym and light 600 candles, one for every 10,000 Jews who were murdered.

By sixth grade, multiple teachers had read us the book, “I Never Saw Another Butterfly”, a compilation of art and poetry by children living in the concentration camps. I could spell “ghetto” in Hebrew, and I could explain the difference between a concentration camp and a death camp. I also knew what it was like to have a swastika painted on the bricks of my school wall and to be told by a child my age that she wasn’t allowed to play with me because I was Jewish. Small stuff compared to what Jewish people outside the New York metro area endure, but big to me.

Now the context is different. I’m not the student but the teacher, not at a Jewish school but at a secular New York City private school, and not in the mid-1980s but three decades later, when it’s much harder to find people who experienced the Holocaust first-hand and intervening years have brought new massacres, wars and human rights violations for students to process.

Meanwhile, students are asked politely to “lean into discomfort” (and are permitted to avoid it) rather than being taught the psychological flexibility skills to embrace the pain that inevitably comes with life. In this context, how can we teach children about the horrors of the Holocaust? And, as the Holocaust begins to fade from our cultural memory, how can we not teach children about it?

This year, my school is launching a half-day program about the Holocaust. Our students are watching a documentary film and then signing up for workshops that connect in diverse ways to issues the Holocaust raises. I should say, they’re watching most of the film, because it was decided that the last nine minutes are too graphically violent for our kids to see. I certainly don’t want to expose children (or anyone) to potentially traumatic content, and it’s hard to get more potentially traumatic than Holocaust imagery. On the other hand, I’d seen much worse than what’s in this film well before I was in sixth grade. How is it possible to teach about the Holocaust without confronting its horrors?

Some of the workshops that students are attending are directly about the holocuast, such as “Anti-Semitism and Propaganda: How the Nazis Used Education and Imagery to Indoctrinate German Youth” and “Rescuers’ Stories: How Small and Large Acts Saved Thousands of People.” Other workshops are on Holocaust-related themes, such as Jewish identity (“The Jewish Student Affinity Group”), contemporary anti-Semitism (“The College Experience for Students: Religion, Bias and Harassment,”) and more recent genocides (“Never Again? The Holocaust and the Rwandan Genocide.”)

Students will learn not only through discussion but also by reading (“The Holocaust in Picture Books”), role playing (“Speak Up: Exploring Strategies for How to Respond to Anti-Semitic Comments,”) painting (“Using Art to Remember,” creating a series of paintings based on interviews with Holocaust survivors), and even taking a mini field trip to Raoul Wallenberg Forest to discover how this Holocaust rescuer saved tens of thousands of Hungarian Jews and how public spaces can keep history alive.

It’s a rich, exciting program that fosters critical thinking, creative expression, perspective-taking, and maybe in some cases, social action. And yet…

Part of me is so grateful for the opportunity to help kids understand what the Holocaust means today, to all of us. And part of me just wants to be in a dark room where I can mourn.

I keep thinking of that candlelit gym, where even kids who were worst-behaved in class would be somber and serious, chanting over and over, Ani ma’amin be’emunah shelemah b’viyat ha’mashiach, which translates to, “I believe with perfect faith in the coming of the Messiah,” words that Jewish people said as they awaited their deaths during the Shoah. The lively, engaged atmosphere of a 21st-century classroom seems both exactly right and exactly wrong on this day. Part of me is so grateful for the opportunity to help kids understand what the Holocaust means today, to all of us. And part of me just wants to be in a dark room where I can mourn.

Left: Today is International Holocaust Remembrance Day which commemorates the anniversary of the liberation of the Auschwitz death camp in 1945. Photo by Kacper Pempel/Reuters

Lauren Porosoff teaches sixth grade English at the Ethical Culture Fieldston School in the Bronx, New York. She is the author of Curriculum at Your Core: Meaningful Teaching in the Age of Standards (Rowman & Littlefield 2014) and co-author of EMPOWER Your Students: Tools to Inspire a Meaningful School Experience (Solution Tree Press 2017) with her husband Jonathan Weinstein. Porosoff has written for AMLE Magazine, Independent School, Kappan, Rethinking Schools and Teaching Tolerance about how students and teachers can explore and enact their values. She has been a teacher for 18 years.