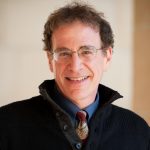 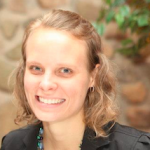 Editor’s Note: The negative effects of so-called fake news were felt in the 2016 presidential election and a subsequent dangerous situation at a Washington, D.C. pizzeria, highlighting the need for news and media literacy.

A recent study by the Stanford Graduate School of Education found that young people are particularly susceptible to fake news: the majority could not tell the difference between fake news and real news. Part of the solution will involve providing students with the media literacy skills they need to evaluate sources, according to the lead author of the study Sam Wineburg. NewsHour Extra’s teacher resource website also provides this lesson plan.

Did Donald Trump support the Iraq War? Hillary Clinton said yes. He said no. Who was right?

In search of answers, many of us ask our kids to “Google” something. These so-called digital natives, who have never known a world without screens, are the household’s resident fact-checkers. If anyone can find the truth, we assume, they can.

Don’t be so sure.

True, many of our kids can flit between Facebook and Twitter while uploading a selfie to Instagram and texting a friend. But when it comes to using the Internet to get to the bottom of things, teens are no better than the rest of us. Often they are worse.

In a study conducted by Eszter Hargittai and her colleagues at Northwestern University, 102 college students went online to answer questions about things that matter to them—like how to advise a female friend who’s desperate to prevent pregnancy after her boyfriend’s condom broke. How did students decide what to believe? One factor loomed largest: a site’s placement in the search results. Students ignored the sponsoring organization and the article’s author, blindly trusting the search engine to put the most reliable results first.

Research we’ve conducted at Stanford University supports these findings. Over the past 18 months, we administered assessments that tap young people’s ability to judge online information. We analyzed over 7,804 responses from students in middle school through college. At every level, we were taken aback by students’ lack of preparation: middle school students unable to tell the difference between an advertisement and a news story; high school students taking at face value a cooked-up chart from the Minnesota Gun Owners Political Action Committee; college students credulously accepting a .org top-level domain name as if it were a Good Housekeeping seal.

When it comes to using the Internet to get to the bottom of things, Junior’s no better than the rest of us. Often he’s worse.

One task asked students to determine the trustworthiness of material on the websites of two organizations: the 66,000 member American Academy of Pediatrics, established in 1930 and publisher of the journal Pediatrics, vs. the American College of Pediatricians, a fringe group that broke with the main organization in 2002 over its stance on adoption by same-sex couples. We asked 25 undergraduates at Stanford—the most selective college in the country, which rejected 95 percent of its applicants last year—to spend up to 10 minutes examining content on both sites. Students could stay on the initial web page, click on links, Google something else—anything they would normally do to reach a judgment.

More than half concluded that the article from the American College of Pediatricians, an organization that ties homosexuality to pedophilia and which the Southern Poverty Law Center labeled a hate group, was “more reliable.” Even students who preferred the entry from the American Academy of Pediatrics never uncovered the differences between the two groups. Instead, they saw the two organizations as equivalent and focused their evaluations on surface features of the websites. As one student put it: “They seemed equally reliable to me. … They are both from academies or institutions that deal with this stuff every day.”

Ironically, many students learned so little because they spent most of their time reading the articles on each organization’s site. But masking true intentions and ownership on the web has grown so sophisticated that to rely on the same set of skills one uses for print reading is naive. Parsing digital information before one knows if a site can be trusted is a colossal waste of time and energy.

This became clear to us when we gave our tasks to professional fact-checkers. Three strategies separate checkers from the rest of us:

• Landing on an unfamiliar site, the first thing checkers did was to leave it. If undergraduates read vertically, evaluating online articles as if they were printed news stories, fact-checkers read laterally, jumping off the original page, opening up a new tab, Googling the name of the organization or its president. Dropped in the middle of a forest, hikers know they can’t divine their way out by looking at the ground. They use a compass. Similarly, fact-checkers use the vast resources of the Internet to determine where information is coming from before they read it.

• Second, fact-checkers know it’s not about “About.” They don’t evaluate a site based solely on the description it provides about itself. If a site can masquerade as a nonpartisan think tank when funded by corporate interests and created by a Washington public relations firm, it can surely pull the wool over our eyes with a concocted “About” page.

• Third, fact-checkers look past the order of search results. Instead of trusting Google to sort pages by reliability (which reveals a fundamental misunderstanding of how Google works), the checkers mined URLs and abstracts for clues. They regularly scrolled down to the bottom of the search results page in their quest to make an informed decision about where to click first.

None of this is rocket science. But it’s often not taught in school. In fact, some schools have special filters that direct students to already vetted sites, effectively creating a generation of bubble children who never develop the immunities needed to ward off the toxins that float across their Facebook feeds, where students most often get their news. This approach protects young people from the real world rather than preparing them to deal with it.

After the vice presidential debate, Hillary Clinton’s campaign tweeted, “Unfortunately for Mike Pence and Donald Trump, Google exists (and we aren’t stupid).” Yes, Google puts vast quantities of information at our fingertips. But it also puts the onus for fact-checking on us. For every political question swirling in this election, there are countless websites vying for our attention—front groups and fake news sites right next to legitimate and reliable sources.

We agree with the tweet from the Clinton campaign. We’re not stupid. But when we turn to our screens for information and answers, we need to get a lot smarter about how we decide what’s true and what’s not.

The PBS NewsHour’s Teachers’ Lounge blog, written by teachers or school-related staff, gives the public a glimpse into how current issues affect life inside schools.

Left: A general view of the exterior of the Comet Ping Pong pizza restaurant in Washington, U.S. December 5, 2016. The pizzeria vowed on Monday to stay open despite a shooting incident sparked by a fake news report that it was fronting a child sex ring run by Democratic presidential candidate Hillary Clinton. REUTERS/Jonathan Ernst - RTSUS6D

Sam Wineburg is the Margaret Jacks professor of education and of history (by courtesy). He is the founder and executive director of the Stanford History Education Group and Stanford's Ph.D. program in History Education. He also oversees the M.A. program for future history teachers. His work has been featured in the New York Times, the Washington Post, USA Today, the New Yorker, and on NPR and C-SPAN. In 2007, he was awarded the American Historical Association's William Gilbert Prize for distinguished scholarship on the teaching of history and was named a Distinguished Lecturer by the Organization of American Historians.