Obama: Community college should be ‘as free and universal in America as high school’

As expected, President Obama outlined his proposal to offer two years of free community college tuition for students, first detailed two weeks ago in Tennessee. Or as he put it in the speech, “to lower the cost of community college — to zero.”

Modeled on that state’s guarantee of two years of free community college courses, the plan would provide tuition-free classes for students going to school at least half time who maintain a GPA of 2.5 or higher and are making steady progress toward a degree or transferring to a four-year institution.

“Forty percent of our college students choose community college,” Mr. Obama said. “Some are young and starting out. Some are older and looking for a better job. Some are veterans and single parents trying to transition back into the job market. Whoever you are, this plan is your chance to graduate ready for the new economy, without a load of debt.” 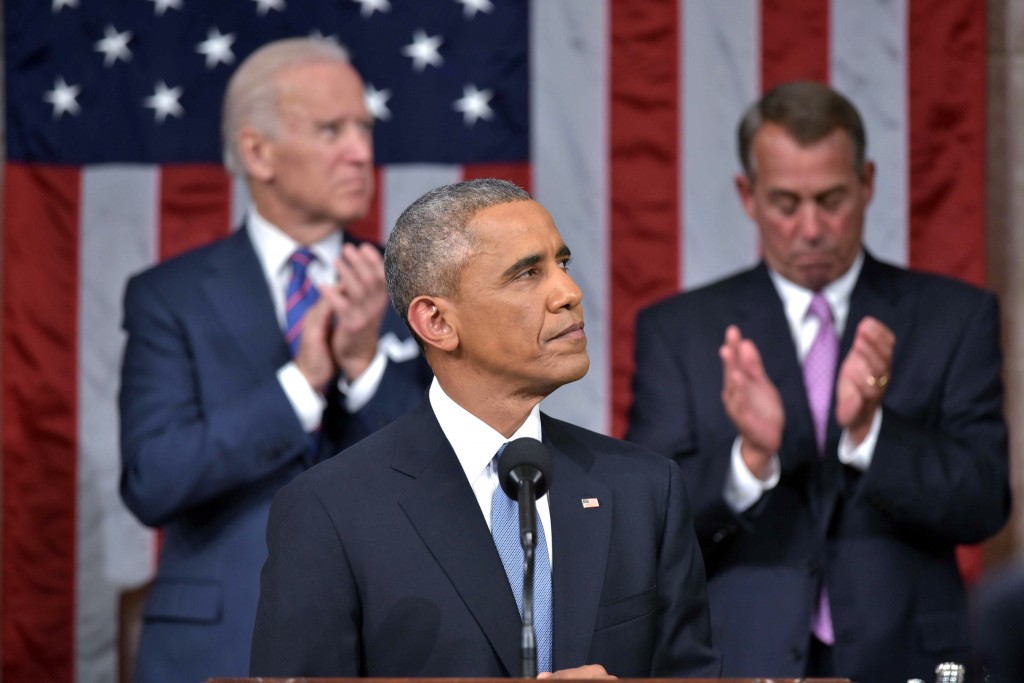 President Barack Obama laid out his plan for free community college in his State of the Union address. Photo by Mandel Ngan/Reuters

Under the proposal, the federal government would cover 75 percent of the average cost of community college. The plan calls for states to pick up the remaining quarter of the tab and also adopt reforms outlined by the White House, including providing more advising and student support services on community college campuses and better aligning high school and college curriculum to reduce the number of students enrolled in remedial courses.

“Tennessee, a state with Republican leadership, and Chicago, a city with Democratic leadership, are showing that free community college is possible,” Mr. Obama said in the speech. “I want to spread that idea all across America, so that two years of college becomes as free and universal in America as high school is today.”

Andrew Kelly, director of the Center on Higher Education Reform at the American Enterprise Institute, told the NewsHour he considered the plan “a federal reform agenda for community colleges dressed up as free tuition.” Meanwhile, Josh Wyner, director of the College Excellence Program at the Aspen Institute, argued that making two years of community college as universal as a high school diploma would boost economic growth and help close the country’s growing wealth gap.

Largely absent from Tuesday’s speech were two areas that have gotten a lot of attention in Obama’s past State of the Union addresses — student loan debt and universal preschool. In three of his five addresses Obama has called for the creation of universal early childhood education programs, or at least a broad expansion of free preschool through federal funding. Congress hasn’t passed anything that comes close to those proposals.

Last year, Congress did increase funding for federal Head Start programs by $1 billion, and last month the White House unveiled $750 million in grants for states to start or expand preschool programs. That’s far short of the $75 billion it is estimated it would cost to provide universal preschool for low- and moderate-income families. This year, the president has proposed increasing the child and dependent care tax credit to $3,000 per child and allowing families earning up to $120,000 to claim the full credit.

In three of his five addresses, Obama has also called for reforming the student borrowing system or offering debt relief to those with the most burdensome debts. Congress did make some of the changes Obama called for in 2010, but hasn’t acted on any of his proposals since. Now he’s also turning to tax reform plans to advance his agenda. His plan would make the American Opportunity Tax Credit a permanent part of the tax code, increase the amount that could be refunded to taxpayers and make the credit available to students going to school at least half-time and cover five instead of four years of schooling.