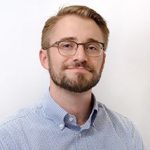 The Department of Education plans to overhaul its system for federal student loan servicing for the third time in the last year, officials announced Tuesday.

It will scrap a plan Secretary Betsy DeVos unveiled in May to award servicing of all federal student loans to a single company. Instead, the department will award separate contracts for database housing, system processing and customer service functions to one or more companies possibly handling direct interactions with borrowers. The department plans to deliver, meanwhile, on creating a single web portal for borrowers to make payments on student loans regardless of their borrowers — a change promised by the Obama administration last year and long sought by student advocates.

“Doing what’s best for students will always be our No. 1 priority,” DeVos said. “By starting afresh and pursuing a truly modern loan-servicing environment, we have a chance to turn what was a good plan into a great one.”

Current loan-servicing contracts are set to expire in 2019, but a department spokeswoman, Liz Hill, said officials fully expect to have the procurement completed and contracts awarded before then. That’s possible, she said, because of work already put into the process.

It’s not clear how many of the consumer protections included in two separate Obama administration memos last year — such as requirements for specialized outreach to high-risk borrowers — would be incorporated into the new procurement process.

“By starting afresh and pursuing a truly modern loan-servicing environment, we have a chance to turn what was a good plan into a great one.” — Education Secretary Betsy DeVos

The plans to have the new contracts awarded before current contracts expire met with immediate skepticism from some observers.

“We don’t know the details of the new plan, or whether it will retain the strong borrower protections included in the first version, but restarting the process midway will absolutely mean delaying any future improvements for borrowers who deserve a better experience now,” said Clare McCann, the deputy director for federal higher education policy with New America’s education policy program and a former Obama administration official.

DeVos has taken heat since May from members of Congress and representatives from the loan-servicing sector over the plan to pick a single servicer that would hire subcontractors to collect loan payments. Department officials at the time argued that the plan would make oversight of servicers by the government more efficient.

But the proposal found critics among both Republicans like Senator Roy Blunt of Missouri, who argued that the system would remove choice and competition, and Democrats like Massachusetts Senator Elizabeth Warren, who warned against creating a federal contractor “too big to fail.”

Blunt and Warren were part of a bipartisan group of senators who introduced legislation ahead of the department’s announcement Tuesday to block the single-servicer plan. Their bill would instead require the participation of multiple loan servicers.

Wayne Johnson, the chief operating officer at the Office of Federal Student Aid since July, said the department’s new procurement plan would allow for the introduction of the most up-to-date technology and practices from the private sector into the loan-servicing system.

Blunt and Warren were part of a bipartisan group of senators who introduced legislation ahead of the department’s announcement Tuesday to block the single-servicer plan.

“When FSA customers transition to the new processing and servicing environment in 2019, they will find a customer-support system that is as capable as any in the private sector,” he said in a statement. “The result will be a significantly better experience for students — our customers — and meaningful benefits for the American taxpayer.”

Representative Virginia Foxx, a North Carolina Republican and chairwoman of the House education and workforce committee, has been a frequent critic of the Office of Federal Student Aid. A spokesman for Foxx said the department made the right decision to cancel the single-servicer proposal.

“Mr. Johnson is well aware of Chairwoman Foxx’s concerns with the FSA’s mismanagement, and moving to a single servicer does not resolve these concerns or promote competition in the marketplace for borrowers and taxpayers when it comes to repaying student loans,” the spokesman said. “Chairwoman Foxx looks forward to working with Johnson, Secretary DeVos and her colleagues in Congress to find a legislative solution that that ensures high-quality service to borrowers.”

A task force from the National Association of Student Financial Aid Administrators about a year ago examined challenges for borrowers in the student loan servicing system.

“One of the biggest challenges we identified is the fact that there were multiple servicers with multiple systems,” said Justin Draeger, president and CEO of NASFAA.

NASFAA was not committed to a loan-servicing system involving either one or multiple servicers. Draeger said the group’s highest priority is ensuring borrowers have the same experience paying student loans regardless of their servicer.

Andrew Kreighbaum is the federal policy reporter for Inside Higher Ed. Kreighbaum worked at The Investigative Reporting Workshop and received his master's in data journalism at the University of Missouri. Before getting his master's, Kreighbaum spent three years covering government and education at local papers in El Paso, McAllen and Laredo, Texas.