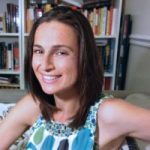 Chantal Fulgencio had the bad timing to start as a freshman in the fall of 2012 at public East Stroudsburg University in Pennsylvania. That was just when the state was in the midst of seven straight years of cutting its budget for higher education during and after the recession, or at best keeping spending level.

Between the time Fulgencio applied and when she enrolled, tuition went up 7.5 percent, and the price kept rising after that, even as services were reduced and class sizes grew.

The daughter of immigrants from Grenada and Trinidad, and first in her family to go to college, she kept up by working part time and commuting from home because it was cheaper. Her father, John, drained a college fund he’d set up for her, and scrimped to save money from his salary as superintendent of an apartment building.

Before she did, Fulgencio and fellow student leaders went to the capital and begged for the cuts to stop, armed with a study showing that for every $1 put into higher education, the state got back $11. By 2015, Pennsylvania had cut funding to its public universities by $3,758 per full-time student, giving its students only about two-thirds the national average of what states contribute to higher ed. Tuition at its public universities had gone up nearly $2,000 since the start of the recession.

Whether in response to the students’ arguments or not, the state did, in fact, raise spending for higher education for the coming 2016-2017 year, by 2.5 percent, adding to the 5 percent spending increase of the previous fiscal year. But that’s not nearly enough to make up for the 33 percent it’s cut since 2008.

Pennsylvania’s not the only state where higher ed funding remains stubbornly down since the beginning of the recession. Unlike after previous economic downturns, state spending on higher education has not bounced back as the economy rebounds. And in some states, a bigger and bigger share of what they do spend on public universities and colleges is going to such things as employee pensions, not instruction.

Higher ed “is the only spot on the budget where costs can be pushed on to the end user.” Dustin Weeden, senior policy specialist, National Conference of State Legislatures

That has all helped force up the cost of a degree “at a time when students need it more than ever,” said Martin Van Der Werf, associate director of Georgetown University’s Center on Education and the Workforce.

Historically, the graph of states’ appropriations to public colleges and universities has looked like a turbulent sea whose periodic troughs represent recession years when revenues declined while the crests of the waves signal upswings during recoveries.

The high point came in 2001 when states spent an average of $9,100 per student, in 2015 inflation-adjusted dollars; that covered more than 65 percent of tuition, the State Higher Education Executives Association, or SHEEO, reports. But with each successive recession, the peaks have been flatter and the valleys deeper, and by 2012 the inflation-adjusted per-student allocation had fallen to $6,177.

It’s improved only slightly since. More than seven years after what the National Bureau of Economic Research considers the end of the recession, states on average are spending 18 percent less per student on public higher education than they did in 2008, according to the Center on Budget and Policy Priorities, or CBPP. That’s $8.7 billion per year.

This has helped push up by 33 percent the average annual published tuition at four-year colleges and universities, the center says.

Related: Benefits for their retirees could thwart universities’ cost-cutting plans

Pennsylvania is one of eight states in which per-student public funding is down by 30 percent or more since the start of the recession, the CBPP reports. Twenty-five states have cut the allocations to their public universities and colleges by more than 20 percent. And Arizona has slashed its higher-education spending by half. There, the sticker price of tuition is up 90 percent since 2008.

In Louisiana, legislators reduced the higher-ed budget by 55 percent and this fall voters will consider whether to give its universities freedom to simply raise tuition without state approval. Alaska and Oklahoma are still making deep cuts.

One reason for all of this is that state health care costs have ballooned, especially for Medicaid, which consumes nearly 24 percent of state spending nationwide — up from 8 percent in 1987, according to the American Association of State Colleges and Universities, or AASCU, which has raised the alarm about the effect of this on higher education.

So have state employee pension obligations. One nonprofit advocacy group calculates that 10 states spend more on employee pensions than on higher education; in Illinois, more than half of the $4.1 billion for state universities and colleges goes to retirement costs, the independent Illinois Policy Institute reports. In Pennsylvania, $138 million of its $2.1 billion budget, spread across 14 universities, goes to pensions.

The share of state spending earmarked for higher education, meanwhile, has declined from 12.5 percent to 10.3 percent, AASCU says.

That’s because it has another source of revenue: tuition.

“It’s the only spot on the budget where costs can be pushed on to the end user,” Weeden said.

More than seven years after what economists consider the end of the recession, states are spending 18 percent less per student on public higher education than they did in 2008, or $8.7 billion per year.

And that’s what many states are continuing to do. The amount students have been asked to contribute to the cost of running public colleges and universities more than doubled, from 23 to 47 percent, between 1987 and 2012, AASCU reports.

This hasn’t stopped universities and colleges from trimming what those students get for their money, said Thomas Harnisch, director of policy analysis AASCU.

In the case of Pennsylvania, the state trimmed $90 million in 2010 from the $480 million it had appropriated for public higher education. The universities have responded with $300 million in cuts over the last decade and eliminated 900 staff positions, according to Kenn Marshall, spokesman for the state system of higher education.

Related: Consumers get more information about a purchase they once made on trust: college

“Getting into French class was stressful,” recalled Fulgencio. “I set aside all my other classes and tried to take as many French classes as possible to fulfill my minor. Other students who didn’t get all the classes had to take them elsewhere, which cost more money, or wait another semester.” But she’s glad to have finished the major as she’s hoping to put the language skills to use in the Peace Corps.

Seventy percent of students in Pennsylvania now graduate with debt that averages $33,264, higher than the national average of $29,000, the Institute for College Access and Success reports.

Some observers see signs of hope. State investment in public universities and colleges nationally has at least surpassed the level it was at during the low point of 2012, SHEEO says.

Still, said Iris Palmer, who watches higher education as a senior policy analyst at the think tank New America, given “the insane disinvestment” between 2008 and 2014, “you wonder what they’ll do when another recession hits.”

Luba Ostashevsky is a contributing writer to The Hechinger Report. She is also the managing editor of This View of Life, a magazine about human evolution, and a teaching assistant in the chemistry department at Hunter College.