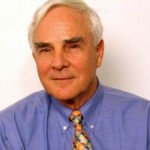 Why failure is crucial for a student’s success

If you’re at all like me, somewhere in your home you have at least one can of WD-40®, because the stuff works wonders. If you teach science, I believe that you ought to have a large WD-40 poster on your classroom wall. Not to advertise the product but to teach a basic lesson about learning: failure is an essential part of succeeding.

You may know the story of WD-40. More than 60 years ago the three employees of the San Diego-based Rocket Chemical Company were trying to develop a product that would prevent rust, something they could market to the aerospace industry. They tried, and, being methodical, they kept careful records. They labeled their first effort Water Displacement #1, or WD-1.

I’ll bet you have figured out how many times they failed before they were finally successful.

Projects where the teachers already know the outcome won’t work, especially with older students. Blending technology and teaching so students can add fractions faster? That’s not the best approach either.

Give students problems to tackle–and make the problems real! Lord knows we have plenty of problems worth tackling that can be given to students. They cannot be intractable (how can we achieve peace in the Middle East?) or trivial and uninteresting (what color should classrooms be painted?).

A pedagogy based on discovery flies in the face of what seems to be happening in most classrooms and schools, where the emphasis seems to be on “critical analysis” to get the predetermined answers.

Some years back I interviewed a math teacher in Richmond, Virginia, who told me how he used to take his students down to the James River and challenge them to determine how far it was to the opposite shore. He didn’t give them a formula; just the challenge. Then they put their heads together and, he said, eventually worked it out. Lots of failure…and lots of genuine discovery. Sadly, he said, the new state-mandated curriculum doesn’t allow time for field trips and discovery. Now, he said, he has to give his students the formula and a bunch of problems to solve. Which group of students is more likely to have retained that information?

Here’s a genuine problem-based project that’s easy to incorporate into the curriculum: Equip every third grade class in the city, region or state with an air quality indicator. Have students go outside and take the measurements four or five times a day. They plot the data. Share the data with other third graders. Look for differences. Take photos to see if the measurements correlate with cloud patterns. Figure out the possible causes. Study weather patterns. Bring in scientists and meteorologists and ask them questions. Write up the findings, including everything that they could not explain. That is, write about the failures, the as-yet-unanswered questions.

That’s real work, something those third graders won’t forget doing. And, while they may not be aware that they’re also developing a skill set that will serve them well as adults, that is what will be happening.

Oh, and those kids will probably do just fine on whatever standardized tests the system throws their way.

John Merrow began his career as an education reporter with National Public Radio in 1974 with the weekly series, “Options in Education,” for which he received the George Polk Award in 1982. He is currently President of Learning Matters and scholar in residence at the Carnegie Foundation for the Advancement of Teaching at Stanford.