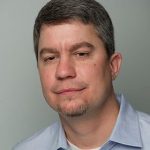 Students have struggled with fake news for longer than you think

Media literacy is suddenly a front-burner issue for schools, thanks to the recent presidential election, a spate of reports on “fake news” and new research demonstrating just how ill-equipped young people are to critically evaluate information they encounter online and via social media.

“We worry that democracy is threatened by the ease at which disinformation about civic issues is allowed to spread and flourish.” — Stanford University researchers

As a result, educators find themselves behind the eight ball, expected to help students negotiate everything from internet hoaxes, to partisan policy advocacy disguised as unbiased news, to a President-elect who has used Twitter to spread baseless claims originating in unfounded conspiracy theories. The stakes are high, contend the Stanford University researchers behind a widely cited recent study, “Evaluating Information: The Cornerstone of Civic Online Reasoning.”

“We worry that democracy is threatened by the ease at which disinformation about civic issues is allowed to spread and flourish,” the group wrote.

Such concerns aren’t entirely new. For years, researchers have documented students’ widespread inability to gauge the reliability and trustworthiness of online information. In 2006, for example, University of Connecticut researcher Donald Leu conducted a study in which middle schoolers unanimously fell for an internet hoax about a made-up endangered species — an octopus that lives in trees.

Last year, Leu’s New Literacies Research Lab found that fewer than 4 percent of 7th graders could correctly identify the author of online science information, evaluate that author’s expertise and point of view, and make informed judgments about the overall reliability of the site they were reading.

Educators and advocacy groups have responded by promoting the notion of “media literacy.” The term generally refers to the ability to access, analyze, evaluate and create information using multiple forms of communication, with the larger goal of creating informed and responsible citizens. A coalition of nonprofit organizations announced last month a campaign to lobby states to pass new legislation that would promote such instruction in schools.

Ultimately, experts say, the best antidote to the free-for-all of online information is a culture of critical thinking. They also want to spread specific strategies for helping students spot fake news, consider the sources of online content, weigh the evidence behind claims and compare competing points of view.

But the “decimation” of school libraries, an over-emphasis on standardized test preparation, and slow-to-evolve teacher-preparation efforts have left the K-12 sector struggling to keep pace with the communications technologies that dominate their students’ lives, said Leu.

“We’re not even close to preparing citizens who can continually evaluate online information to make informed decisions about their lives,” he said.

‘Misleads and Blinds Us’

Prior to the presidential election, for example, BuzzFeed News identified more than 100 such sites (all supporting then-candidate Donald J. Trump) being run from a single town in the former Yugoslav Republic of Macedonia.

“On every policy issue that has an impact on the daily life of ordinary citizens, there are private interests working to sway public opinion by pretending to be something they’re not.” — Sam Wineburg, Stanford professor

Two weeks later, BuzzFeed reported that 20 top-performing election-related stories from “hoax sites and hyperpartisan blogs” generated more engagement on Facebook during the critical months of the presidential campaign than the 20 best-performing election stories from such major news outlets such as the New York Times and NBC News.

And last week, a gunman entered a Washington pizza shop aiming to “self-investigate” an unfounded internet conspiracy theory that had been shared on Twitter by the son and chief of staff of Gen. Michael Flynn, nominated by President-elect Trump to be the country’s National Security Advisor. (Trump later dropped the younger Flynn from his transition team, and Gen. Flynn has drawn fresh criticism for sharing other false information via social media.)

As part of the Stanford study, for example, the researchers presented middle schoolers with a screenshot of the homepage for the website Slate.com. Included on the page was a “native advertisement”—an ad designed to look like a news story, but labeled with the words “sponsored content.” More than 80 percent of the students in the study believed the ad was a real news story.

High schoolers, meanwhile, were asked to compare the headlines and graphics associated with two pieces of science-related content on the website of news outlet The Atlantic. Both dealt with climate change. The first was a traditional news story, and the second was sponsored by Shell Oil Company. Nearly 70 percent of the students in the study argued that the Shell advertisement was the more reliable source of information.
“On every policy issue that has an impact on the daily life of ordinary citizens, there are private interests working to sway public opinion by pretending to be something they’re not,” Wineburg said. “It misleads and blinds us.”

For schools, media literacy is an “enduring issue” that predates social media and the internet, said Lawrence Paska, the executive director for the National Council for the Social Studies, a membership association that supports social studies education in K-12 and higher education.

Whether reading a printed book, a newspaper article or a Facebook post, it’s important that students be able to “ask key questions, compare competing claims, assess credibility, and reflect on one’s own process of reasoning,” according to the group’s position statement.

A first step, Paska said, is making sure that both students and teachers have an effective framework for evaluating the credibility of information they encounter. He pointed to a set of questions developed by the National Center for Media Literacy Education: Who paid for this? When was this made? Who might benefit? What is left out of this message that might be important to know? How was this shared with the public?
NCSS also believes that students learn to become critical consumers of information by researching, planning, and making their own media messages.

That kind of “constructivist” approach is also embraced by Claire Beach, a veteran teacher, filmmaker and media-literacy advocate who was a driving force behind a recently enacted law in Washington state requiring the office of the state superintendent of public instruction to lead an effort to devise and share with schools best practices around media literacy and digital citizenship.

“Once you start giving students the tools to understand when they’re being manipulated, you’re blown away with the changes you see,” Beach said.

The same principles can be applied to magazine ads, reality television shows and viral social media posts. But trying to keep up with the sheer volume of media, information, technology and platforms now available can leave even the most committed teachers exhausted, she said.

“It’s like going from sitting down to running marathons,” Beach said.

To help keep up, Stanford’s Wineburg and the University of Connecticut’s Leu advised that students need to learn and practice new skills that are specific to reading new digital media.

One example: Leu suggested that when preparing reference lists that include online information, students should be expected to include a short written description of why a source was selected and how they determined it to be credible.

Students should be taught to distinguish between “verified” and “unverified” accounts on social media, a technique that can be used to help identify legitimate sources of information. (The Stanford study found that high school students appeared to be largely unaware of such conventions.)

But the bigger challenge for schools, the researchers agreed, is keeping pace with the rapid— and often troubling —shifts in the broader news and media landscape.

Two weeks after winning the presidential election, for example, President-elect Trump sent a message to his 16 million-plus Twitter followers. It said that he had “won the popular vote if you deduct the millions of people who voted illegally”— a baseless claim, originally made on websites that promote unfounded conspiracy theories, that was quickly debunked by numerous news organizations.

Of course, politicians and celebrities from across the political spectrum have long been guilty of spin, misinformation and outright lying.

But the example of Trump’s tweet (and others like it) helps show how the current landscape is different, Leu and Wineburg pointed out. The internet and social media have made it far easier for powerful entities to directly and quickly spread false or misleading information far and wide. When such entities also suggest that factual accuracy of public information and statements matters less than the emotions they inspire, democracy itself can be threatened, the two researchers contend.

The good news, the researchers said, is that the internet is also the best fact-checking tool ever invented.

“We have a bounty of information before us,” Wineburg said. “Whether it makes us more thoughtful or more stupid is a matter of our educational response to this challenge.”

Left: In classrooms across the country, students work on laptops and other devices connected to the internet, which leads to more exposure to fake news stories. Photo by Flickr user Jeff Peterson