The United States’ spending on higher education far outstrips that of other countries that make up the Organization for Economic Co-operation and Development, according to the group’s annual Education at a Glance report released today. Annually, the U.S. spends about $26,000 per student, compared to the OECD average of less than $14,000.

But it looks like Americans may not be getting as much return on their investment as they could be.

In 2012, 43 percent of 25 to 64 year-old Americans held a degree beyond a high school diploma — up seven percentage points from 36 percent in 2000. Despite President Obama’s goals for increasing college access and completion, many OECD countries saw their degree-holding population rise faster over the same period. Canada, the only country where residents held more degrees than Americans in 2000, saw a 13 point jump to 53 percent in 2012. Luxembourg had the biggest increase — degree holders there rose from 18 to 39 percent of working-aged adults. (In the graphs included in this post upper secondary refers to educational attainment equivalent to a high school diploma in the U.S. and tertiary refers to the level of an associate’s degree or higher.) 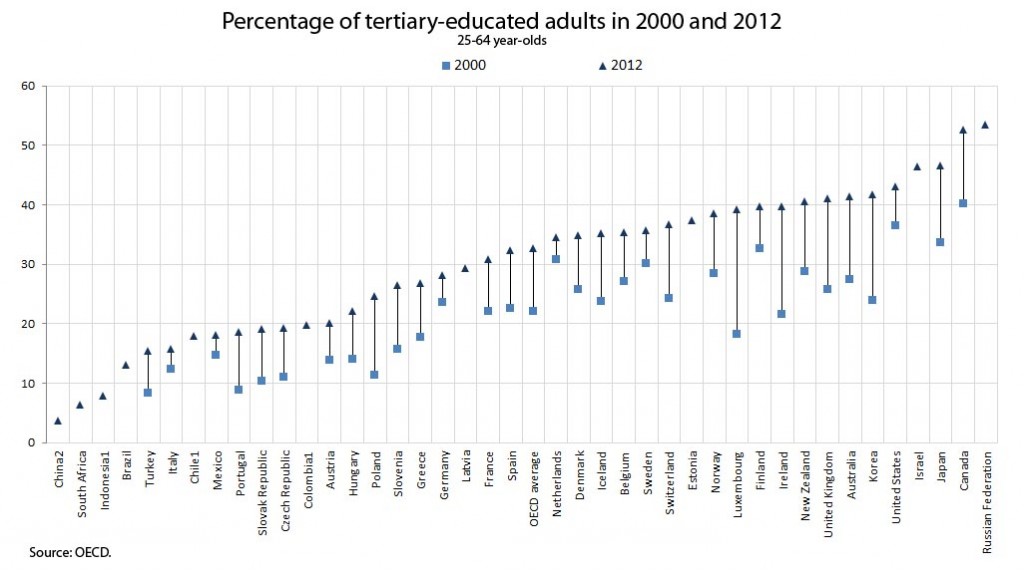 When it comes to the skills degree holders actually possess, just about a quarter of college-educated Americans reached the highest levels of proficiency on an adult skills test of literacy. That was near the OECD average, but below their peers in the U.K., Belgium, Norway, Australia, Sweden, the Netherlands, Finland and Japan. Meanwhile, only 19 percent of college-educated Americans score at the highest levels on a similar test of numeracy, on par with Estonia. In only Spain, Italy, Korea and Ireland do their peers fare worse. 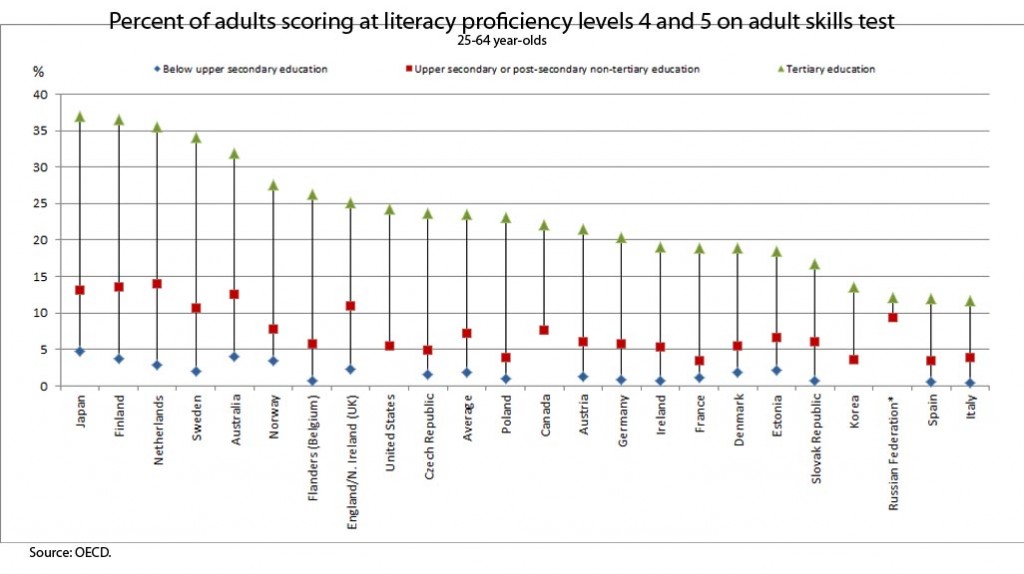 The chances of attaining a higher level of education than your parents is also relatively low in the United States. About 30 percent of working age Americans are more educated than their parents. That number was lower only in Austria, Germany and the Czech Republic. The U.S. also has one of the highest rates of adults with less education than their parents at about 16 percent. 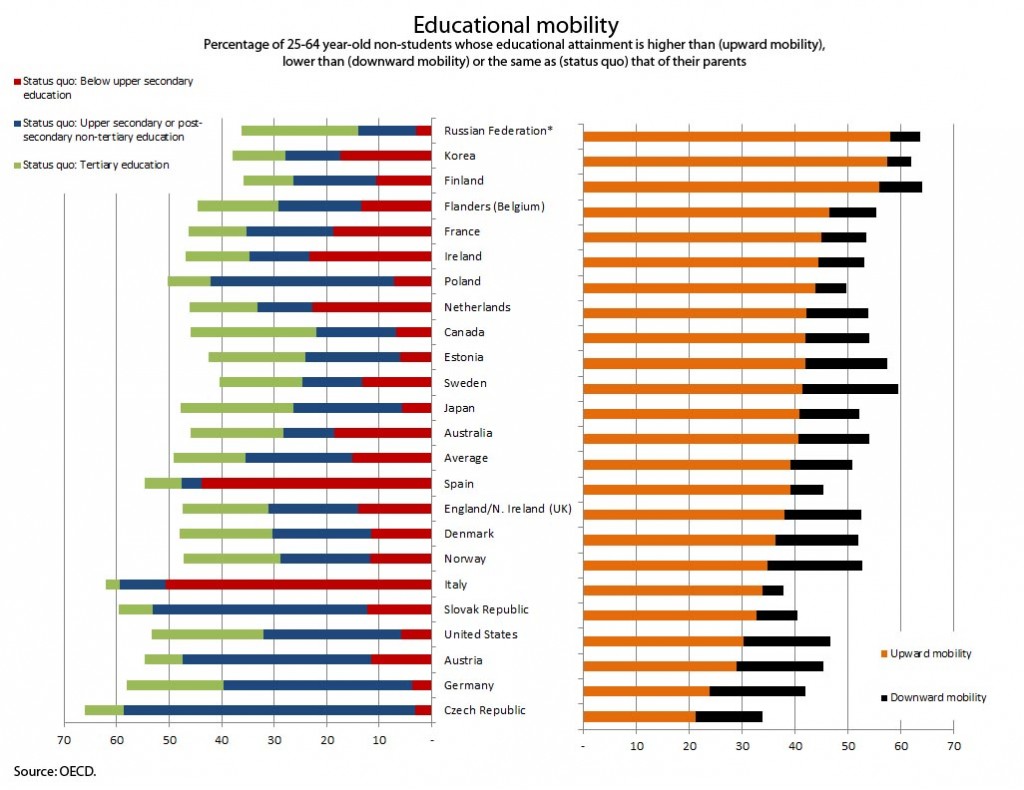