I’m a teacher. I’m tired of fear driving everything in education

Editor’s note: An Irving, Texas, teenager gained national attention this week after being arrested for bringing a homemade clock to school. The incident sparked a social media campaign, #IStandWithAhmed, prompting figures like President Barack Obama and Facebook CEO Mark Zuckerberg to pledge support to the high school freshman, Ahmed Mohamed. The incident hit home for one parent, who is also a teacher in a nearby high school. Janelle Bence shared her thoughts with us on teaching in an atmosphere of fear.

As an educator and as a mother of a son attending public school, my initial response to what happened to Ahmed Mohamed is anger and disappointment. In case you haven’t heard, Ahmed is the 14-year-old freshman at Irving ISD’s MacArthur High School who was arrested for bring in a ‘suspicious device,’ which was actually a clock he had created to show his engineering teacher. His English teacher was afraid it was a fake bomb.

I am so tired of fear driving everything in education.

Fear: We’re frightened our diverse kids are getting inconsistent instruction.

Response: Here’s a standardized test to which we must direct most of our resources so every learner can pass.

Fear: Our students are in danger of being cyber-bullied and cyber-stalked.

Response: Let’s implement filters for the Internet completely inconsistent with anything they would encounter anywhere else, thereby leaving them without the skills to self-monitor and become a responsible digital citizen.

Fear: Someone will threaten the safety of our school by building a fake bomb.

Response: Arrest a student gifted in engineering for doing something challenging and honestly telling several authorities it was a clock.

Don’t get me wrong. I want my students to be safe.

This incident hits very close to home. I work in a district just down the road from Irving ISD. My son attends a school in my district. Two of my older siblings graduated from MacArthur High School, and that would have been my alma mater had I not attended private school instead. All of this to point out that safety, and safety in this particular context, is very near and dear to my heart.

I want my students to feel like they can attend school without being threatened. I want them to know that school is a place where learning can happen and where they can feel comfortable and secure.

I wasn’t there. I do not presume to know every detail surrounding the event. But I do know this: Part of building a safe environment where people feel like they can take risks — which is necessary for any real learning to occur — is building trust. And when students are being interrogated without representation, when authorities are not believing what their students are telling them without any cause to be suspicious, when students are finally excited to share one of their creations only to be arrested as a result, I know that trust is not happening. I know that Ahmed no longer feels safe and secure. I know there won’t be much learning happening for him in that context. I also know the same is probably true for other students on that campus.

Amazingly, this event happened the day before teachers around the country celebrate Constitution Day, a day declared by the United States Senate in 2004 to commemorate the adoption of the Constitution.

When a school makes choices that divide a community and is not willing to admit wrongdoing or the need to revisit practices, certain community members are left feeling excluded.

Perhaps, Ahmed’s story is an ideal counterpoint to Constitution Day. It’s a poignant reminder that on this day just as any, we must not allow fear to guide our decisions. We must remain vigilant and continue to advocate for the ideals our nation sought on Sept. 17, 1787:

…to form a more perfect Union, establish Justice, insure domestic Tranquility, provide for the common defence, promote the general Welfare, and secure the Blessings of Liberty to ourselves and our Posterity. 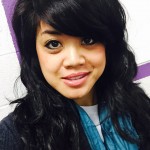 Janelle Bence is a ninth grade English facilitator at New Tech High at Coppell. She is dedicated to designing authentic learning opportunities where her learners gain literacy skills and develop global competencies. Her passion is helping her learners find their voices to make a difference in this ever-changing world.

Left: Ahmed Mohamed, a Texas Muslim teen arrested after taking his homemade clock to school, poses with his sister at their house in Irving, Texas. Photo by Bilgin S. Sasmaz/Anadolu Agency/Getty Images