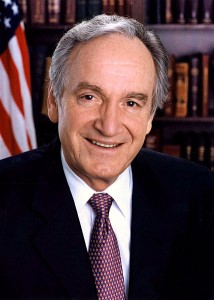 Veterans coming home from Iraq and Afghanistan are enrolling at for-profit colleges and some of those companies operating on campus “appear to be taking advantage of a loophole.” That loophole lets the companies count GI Bill benefits as non-federal (non-taxpayer) money, according to a report released earlier today from Senator Tom Harkin, chairmen of the Senate Health, Education and Labor Pensions (HELP) Committee.

The report shows for-profit college companies received $1.7 billion in Post-9/11 GI Bill benefits during the 2012-2013 school year. That’s nearly a quarter of the benefits paid under the program the companies are pocketing. While overall enrollment in these institutions fell between 2009 and 2013, the report indicates the enrollment of veterans has “dramatically increased,” allowing those companies to cash in on the loophole Harkin identifies.

Also according to the report, “veterans are unusually attractive students for for-profit colleges [because] those eligible for Post-9/11 GI Bill benefits offer [them] a guaranteed stream of federal revenue.” Additionally, unlike students with federal student loans, veterans attending are not at risk of default because the U.S. government foots the bill.

In the 2008-2009 academic school year, the report notes “as many as 60 percent of the total number of students who enrolled in some of the companies receiving the largest amounts of GI Bill benefits left school within a year of enrollment,” without a degree or a diploma. This means taxpayers are paying twice as much for veterans to go to these institutions than public schools, for an education they never complete.

One of the schools which has received the most Post-9/11 GI Benefits, Corinthian Colleges Inc., is planning to sell or close its 100 campuses over the next six months. Corinthian reached a deal with the Department of Education in June following accusations employees changed grades, falsified attendance and job placement reports and inappropriately marketed its programs.

Seven other for-profit college companies are facing similar investigations by states attorneys general or federal agencies for “deceptive and misleading recruiting,” according to the report.

According to this Center for Investigative Reporting/PBS NewsHour collaborative report, University of Phoenix Vice President, Garland Williams said veterans choose those schools because of the programs they offer.

“We have over a hundred programs that we offer… and those programs lead to careers that they want to aspire to,” said Williams.