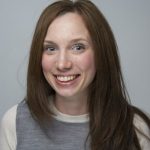 With the goal of protecting students’ civil rights and limiting unnecessarily harsh school discipline, the Obama administration is calling on schools to ensure that the role of on-site police is limited and clearly defined.

The U.S. departments of Education and Justice has released new resources related to the hiring and training of school resource officers, which come amid national discussions about school discipline and the role of law-enforcement officers following several high-profile student arrests. They are the latest efforts by the administration to reshape school discipline by pushing back against zero-tolerance policies.

“Communities that do not trust cops in their neighborhoods do not want to invite them into their schools with their children.” — Jonathan Stith, Alliance for Educational Justice

Among the resources are guidelines for crafting agreements between schools and local law-enforcement agencies, monitoring the actions of school-based police officers, and training police in such areas as child development and conflict de-escalation.

Those recommended practices will now serve as requirements for agencies that hire school resource officers through Justice Department grants, said Ronald L. Davis, the director of the Office of Community Oriented Policing Services at the agency.

Local law enforcement agencies around the country use those grants, administered on a three-year cycle, to hire between 100 and 150 school resource officers every year, which means about 450 positions are funded by the grants at a given time, a small fraction of officers in schools nationwide, Davis said.

NEW GUIDELINES FOR POLICING IN SCHOOLS

But federal officials hope the heightened requirements will serve as an example to all schools with on-campus law enforcement, whether or not they use federal grants to hire officers, he said. The new requirements build on a condition that the Justice Department introduced in 2014 that police agencies receiving the federal grants must have clear agreements with districts that outline their responsibilities within schools.

Federal officials said they are concerned about violations of students’ civil rights by school-based officers if schools don’t clearly define their role and review their practices.

While school resource officers “can help provide a positive and safe learning environment and build trust between students and law-enforcement officials in some situations, I am concerned about the potential for violations of students’ civil rights and unnecessary citations or arrests of students in schools, all of which can lead to the unnecessary and harmful introduction of children and young adults into a school-to-prison pipeline,” U.S. Secretary of Education John B. King Jr. wrote in a letter to states and districts.

“As education leaders, you can empower schools, educators, and staff with the skills and capacity to avoid relying on [school resource officers] in the first place, and also eliminate SRO-related school discipline policies and practices that may harm young people and needlessly contribute to their involvement with the juvenile- and criminal-justice systems.”

The presence of school-based law enforcement has grown alongside concerns about student safety, but some civil rights groups have said officers often threaten students’ civil rights by being involved in routine disciplinary matters that should be handled by school personnel. Their presence disproportionately affects students of color, who are more likely to be arrested or referred to law enforcement, they note.

Black students were more than twice as likely to be referred to law enforcement or arrested at school than their white peers in 2013-14, according to the latest data from the Education Department’s office for civil rights.

Black students were more are twice as likely to be referred to law enforcement or arrested at school than their white peers.

“Communities that do not trust cops in their neighborhoods do not want to invite them into their schools with their children,” Jonathan Stith, the national coordinator of the Alliance for Educational Justice, said in a statement.

Karol Mason, the assistant attorney general for the office of justice programs at the Justice Department, told reporters in a call that student-arrest rates are fueled by policies and practices that “hustle kids out of school and into the court system for minor infractions.”

The guidelines released last week encourage schools to take a number of steps that federal officials say would improve the practices of school-based officers.

A similar document for local and state policymakers, also released last week, includes examples of state statutes and local policies that require schools to take such actions. Just 12 states have special training requirements for school resource officers, according to a 2015 report by the American Institutes for Research. Some states have worked to amend laws that contribute to high student-arrest rates for vague and subjective infractions like “disturbing a school.”

One policy held up as an example by federal officials is an agreement that the Broward County, Fla., district drafted with law enforcement agencies from 31 municipalities that employ their school resource officers. The document—created with input from judges, public defenders, law enforcement, social service groups, civil rights organizations, and others—requires educators to try to resolve non-violent incidents before consulting law enforcement.

“The success of our children is a communitywide effort…so the way we went about this is through a very collaborative effort with our entire community,” Superintendent Robert Runcie said.

The agreement, part of Broward County’s broader effort to improve school climate, has helped contribute to a 60 percent decline in student arrest rates, from 1,170 arrests in 2010-11 to 469 arrests in 2014-15, state data show.

Even if school-based officers are employed by an outside law-enforcement agency, schools are responsible for ensuring that they do not violate students’ civil rights, the Justice and Education departments said in 2014 civil rights guidance on school discipline. The agencies have enforced that position through investigations and complaint resolutions, including a recent agreement with the Richland County, S.C., sheriff’s department, which came under fire last year after one of its officers violently arrested a girl, dragging her from her desk after she refused to put away her cellphone in math class. The officer was fired, but faced no criminal charges.

Some civil rights groups have suggested that schools shouldn’t have police at all, citing research that shows higher student-arrest rates in schools with on-site officers. The Dignity in Schools Campaign, a coalition of civil rights and student groups, said in a statement that “the guidance should go further to promote substantive solutions and alternatives to police presence in schools, such as redirecting funding from school police towards more counselors, peace builders, and positive discipline.”

Secretary King stressed in a call with reporters that decisions to hire school resource officers are local. If police are in schools, they should operate under carefully crafted policies, he said. He also said schools should weigh how to appropriately spend resources so that students feel both safe and supported. He noted federal civil rights data showing that in 2013-14, 1.6 million students attended a school that had a law-enforcement officer but no school counselor.

Davis of the Justice Department said school resource officers can form positive relationships with students so that when there’s a need for police to respond to a school, they are familiar with the unique needs of students.

Left: The U.S. departments of Justice and Education have released new guidelines for policing in schools, aimed at dialing back zero tolerance policies that disproportionately impact students of color. Photo by Flickr user Robert Couse-Baker

Evie Blad is a staff writer for Education Week and author of the blog Rules for Engagement.