WASHINGTON — A high school English teacher from Amarillo, Texas, who works with refugees from war-torn countries was honored Tuesday at the White House as America’s Teacher of the Year.

President Barack Obama said Shanna Peeples of Palo Duro High School teaches students from Iraq, Somalia and other places of trauma and violence that have faced challenges that would overwhelm even adults.

“Shanna’s classroom has provided a safe haven,” Obama said. He credited her with driving up the number of Palo Duro students taking advanced placement English and quoted her as saying, “In a sense, I sell hope.” 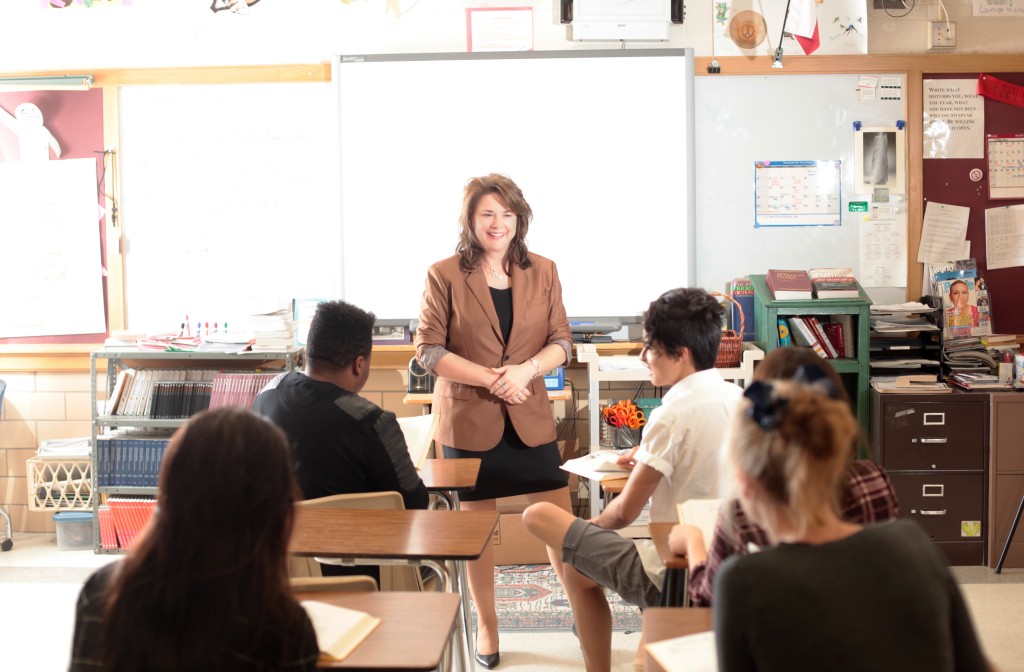 President Barack Obama honored Shanna Peeples as 2015 Teacher of the Year. Photo by the Amarillo Globe-News

The president said America is hungry for more teachers like Peeples. “They deserve our support and our appreciation and they also probably deserve higher salaries,” he said to applause from teacher finalists from every state gathered around him in the Rose Garden.

Peeples accepted the crystal apple given to a winner each year and said public school teachers offer students dreams “no matter their abilities, behaviors or financial situation.”

The White House also said Obama plans on Thursday to visit a library in Washington’s impoverished Anacostia neighborhood to announce a new effort to provide books to underprivileged children.