Oberlin College is regularly mocked by conservatives for being what they consider a politically correct institution. On Wednesday, Oberlin’s president did something few of his counterparts did in the fall when given lists of demands by protesting students. He said he wouldn’t negotiate based on the current demands.

Marvin Krislov, the president, said that while some of the demands “resonate with me and many members of our community, including our trustees,” he would not respond directly to the proposals from black students, which were termed nonnegotiable.

“Some of the solutions it proposes are deeply troubling,” Krislov wrote in a response posted on Oberlin’s website. “I will not respond directly to any document that explicitly rejects the notion of collaborative engagement. Many of its demands contravene principles of shared governance. And it contains personal attacks on a number of faculty and staff members who are dedicated and valued members of this community.”

The 14-page list of demands at Oberlin was detailed and contained many controversial items. Among other things, it demanded the immediate firing of some Oberlin employees, the immediate tenuring of some faculty members, specific curricular changes, a review and possible revision of the grading system (to be overseen by students), the creation of “safe spaces” for black students in at least three buildings on campus, the creation of a program to enroll recently released prisoners from a nearby prison as undergraduates, divestment from Israel, and a requirement that black student leaders be paid $8.20 an hour for their organizing efforts.

The students also demanded changes at Oberlin’s noted conservatory. For instance, the list of demands said that students should not be required to take “heavily based classical courses that have minimal relevance to their jazz interests.” Stating that classical music students are not required to study jazz, the list of demands says that students of jazz “should not be forced to take courses rooted in whiteness.”

The full list of demands may be found here. 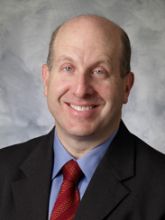 Krislov did not single out any demands as leading to his conclusion about the list. But he also in his statement issued praise for the college’s faculty. “Our outstanding faculty and staff provide an education second to none,” he wrote. “Their teaching, scholarship, research, musicianship, artistry, advising and mentoring benefit our students during their undergraduate careers and throughout their lives.”

Further, he did not dispute that there are racial problems on campus and throughout U.S. society. Krislov wrote, “We are not where we want to be. So we must commit ourselves to deep study of how systemic barriers persist at Oberlin.”

The list from students ends by saying that they have provided “demands and not suggestions. If these demands are not taken seriously, immediate action from the Africana community will follow.”

Oberlin students are between semesters, so it is unclear how those who created the demands will respond to Krislov.

But the college allowed comments on the president’s statement and most of those weighing in praised him — although most comments appeared to be from alumni, not current students.

“Thank goodness Marvin Krislov stands for the principles of constructive engagement and integration rather than segregation. His response exhibits the patience of a mature individual,” wrote one alumnus.

Another described a dinner with friends at which someone pointed to the online list of demands, with people talking about the “funnier ones.”

Many alumni noted that the college has long been known for students who question authority and support protest and change. “Oberlin has always been a hotbed of competing ideas and forward thinking, but reading the list of demands truly saddened me. It is impossible for me to believe that the Oberlin I knew in 1976 could have somehow turned into such an oppressive, racist, morally bankrupt ‘cissexist heteropatriachy’ (LOL),” wrote one.

Others, however, criticized Krislov’s response, saying that he should have answered the demands point by point.

“While I agree that some of the means the students suggest contest issues like shared governance, I am saddened to see President Krislov’s response,” said one comment. “I am grateful that these Obie students are so engaged in trying to make my alma mater more inclusive and just. The administration should engage the students in a deep and meaningful change-making process.”

Left: Bosworth Hall on the Oberlin College campus. Photo by By Daderot/Wikimedia Commons)