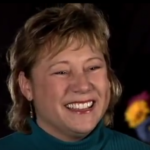 One afternoon, the father of a student in my district with no prior criminal record was stopped by the police for a minor traffic violation. Since he was undocumented, he was taken to an immigration detention facility while his work truck and tools were impounded. A deportation hearing was also set up.

For two days, his wife frantically searched for him. After learning about the hearing, she flew into action, requesting letters of support from political leaders and ministers in our suburban Minnesota community, his employer and neighbors and from our school district. The wider community stepped up support, too, and provided meals and child care. His wife presented all of the documents at her husband’s hearing, and, fortunately, he was released and allowed to go home until his case was further evaluated.

While the majority of immigrants detained by ICE have prior criminal convictions, the number of non-criminal arrests showed a large increase in 2017, including a 261 percent jump in my region of St. Paul, Minnesota.

As they face an uncertain future, immigrant children – regardless of immigration status – are experiencing high levels of stress. Young people’s social media feeds contain images of some of the 2,600 immigrant children who were separated from their families earlier this year, including grief-stricken faces of toddlers like Sofi after being reunited with their families.

On top of these stories, immigrant youth face increased levels of bullying and harassment. Our Muslim students and families in Minnesota, in particular, have reported a growing number of harsh insults and in some cases, violent acts.

Parents, community members and teachers have a critical role to play, including learning some of the basics about immigration policy and how to talk with a growing segment of anxious youth who have emerged as a result of our country’s latest immigration debacle.

Depending on the age level of students, it may be in “circle time” where you develop a sense of security and opportunity to share experiences. This can build bonds among peers who have no idea what some of their classmates experience. At an adolescent level, it is important to find ways to check in individually with students and provide them an opportunity to share. Perhaps it’s through regular lunches or affinity/culture groups that meet after school.

Students need this reassurance because by the very nature of their experience they don’t know who to trust.

Resist the urge to talk and fill up the awkward silences. Have some prompts, but let the conversation unfold and ask clarifying questions, or say, “Tell me more about…” Many immigrant students I’ve worked with have said, “I don’t want to say anything to my mom because she is already so worried.” The students need a compassionate adult.

Make sure you have assured the student that school is a safe place and and you will keep their information confidential unless you believe they are in a dangerous situation (in which case, you are obligated to report it to someone who can help them). But in my view, their immigration status, or that of their family members, is a private matter. Students need this reassurance because by the very nature of their experience they don’t know who to trust.

Immigration policies and laws in the U.S. are incredibly complex based on a long history of economic policy that favored government and industry interests (think of the “Trail of Tears” and Upton Sinclair’s “The Jungle”). As a result, current immigrants have a wide variety of immigration statuses and rights. Families are mixed with some members undocumented, some with “green cards” for permission to work in the U.S. and some U.S. citizens. It is important that teachers understand the basics of immigration law, like how visas and immigration applications are processed, to begin to understand the immigrant experience. PBS’s Colorín Colorado website provides a slew of resources on immigration policy and curriculum ideas.

Educators should not assume they know a student’s immigration status and should avoid asking a student or family member about it. Many Latinos were born in the United States and the majority of undocumented immigrants actually arrive through the U.S. airports and come from countries other than Mexico. Anyone can overstay their visa and become an undocumented immigrant. U.S. schools are required to offer an education to students regardless of immigration status and cannot ask for the information.

Find opportunities to be an ally for your multilingual students. Visit their neighborhoods and homes. Eat at local restaurants that serve the food from their culture. Learn some key phrases in the students’ languages. They will be thrilled that you tried to speak their language and it will give them a big boost to realize how much English they have learned compared to your Somali language skills, for example.

Talk with students about family. Let them share memories even if they are painful or come up at unexpected moments.

Talk with students about family. Let them share memories even if they are painful or come up at unexpected moments. I was speaking with a Karen girl about her country (an indigenous people from the Thailand-Burma border who make up one of the many ethnic groups in Burma) and the kinds of things she did before coming to the U.S. She mentioned her grandma. I asked if her grandma lived with them now and she burst into tears. She hadn’t seen her grandma in five years and missed her greatly.

Teachers are in a position to make connections to community resources or therapy organizations that can provide more skilled and ongoing support. Your room may be the safe place students go to get away from all the anxiety and negativity, but know when it’s time to contact your school’s social worker or psychologist.

Finally, remember that the immigrants you know, while they may be in a very tenuous spot, are also very resilient and have endured great hardships in order to get where they are today. There are no great solutions or perfect strategies to implement in the classroom to eliminate the negative effects of anxiety and racism, but everyone can remember a teacher who made a difference in their lives.

Above: A child stands next to suitcases during a march in support of those deported by ICE during the Trump presidency in New York on July 26, 2018. File photo by REUTERS/Shannon Stapleton

Kristina Robertson is an English Learner (EL) program administrator in Roseville, Minn., who works with K-12 teachers and administrators to develop quality language programming and instruction needed to advance academic equity for ELs. Kristina has extensive experience as a classroom teacher and professional development leader. She served on the American Federation of Teachers' ELL Educator Cadre for many years and has also authored a number of Bright Ideas articles for Learning Media's Colorín Colorado, a PBS WETA program.