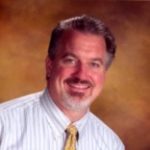 Opinion: If we want to stop Russian interference, start in the classroom

Today, the majority of Americans agree that the Russians attempted to influence the outcome of our 2016 presidential election. Officials from across the U.S. intelligence community have publicly confirmed that this interference took place.

As a teacher, I’m worried that Russia ever thought it could get away with interfering in the first place.

According to the information that’s been released to the public (so far), foreign powers weren’t able to actually penetrate our voting systems and change votes. But Russia appears to have believed it could change the outcome of the election by influencing at least some American voters through a campaign of misinformation, propaganda and media influence.

American democracy is predicated on the idea that voters will be able to make sound, rational decisions when they enter the voting booth. This requires an electorate capable of seeing through sophistry and cheap appeals to fear; in other words, citizens who have been taught to think critically.

I don’t mean to suggest that voters should set aside their own ideologies when casting votes. Religious, spiritual, political or other beliefs are legitimate bases for making electoral decisions. But it ought to give all Americans pause that a foreign government thought it could change the outcome of our presidential election through social-media manipulation. How did we get here?

Are the beliefs and values of Americans so pliable that they can be shifted by some fake news stories on Facebook and rogue Twitter bots?

Are the beliefs and values of Americans so pliable that they can be shifted by some fake news stories on Facebook and rogue Twitter bots?

As a teacher who has spent a good bit of his time outside of the classroom defending public education, I am the last person to heap all the blame for this on our schools or our educators. Throughout its history, America has seen fit to hold teachers accountable for a host of problems we never created and couldn’t possibly fix on our own; I don‘t want to add “mass gullibility” to the list.

Still, it’s clear that our adversaries believe many Americans are susceptible to foreign manipulation. As educators, we should think carefully about whether our schools have played a role in this.

In the past decade, the goal of education has become making students “college and career ready.” In the interests of bipartisanship, it’s worth noting this goal was widely championed by a Democratic administration, with plenty of Republican support. College and career readiness is one of the few things policymakers on all parts of the political spectrum have agreed on.

All sorts of policy changes — the Common Core State Standards, expanded testing, school choice, test-based teacher evaluation and so on — can be traced back to the goal of making students “college and career ready.” For now, I’ll set aside the debate about whether these policies actually work and my qualms about conflating college and career readiness to ask instead:

Should workforce or college preparation be the most important goal of an education system in a representative democracy? Shouldn’t “citizenship ready” be at least as important?

We Americans contribute more to our society than through our work. We consume media, we debate, we influence each other and we vote. And the skills we need to perform these tasks successfully are not necessarily the same ones that we need in the workplace.

Again, I know there are plenty of people who would challenge me on this. They are the same ones we often hear talking up “soft skills” in the workplace: collaboration, creativity, communication and so on. They would have us believe that these skills, which workers use to achieve common goals, are the same skills students need to become engaged citizens.

Well, sorry to be contrary, but citizenship often requires us to be contrary. The American workplace, for better or worse, is mostly hierarchical. Yes, employees can create and debate inside the parameters given to them. But most American workers ultimately must submit to an authority: the boss, the customer or the governing power. A democracy, however, requires its citizens to challenge authority. Democratic institutions should be where citizens act, not where they are acted upon. We, as educators, need to teach our students how to exercise their powers as citizens responsibly, which means teaching them to question those in authority and the arguments made on behalf of that authority.

I’ll admit it’s a paradox. Inherently, schools are institutions where student power is curtailed. But, at their best, American schools should be where we train students to ethically push back at the authority we teachers wield.

We, as educators, need to teach our students how to exercise their powers as citizens responsibly, which means teaching them to question those in authority.

As a music teacher, I deal with issues of student agency on a daily basis. I always listen to my students when it’s time to program a concert; however, as both the conductor and as the one responsible for turning them into literate artists, I have the final say on repertoire. But I also have to make sure my students understand that they are entitled to their opinions, and that they have the right to challenge me about what we play — respectfully, of course. I would hate to think I was teaching generations of students to unquestioningly accept my personal idea of good taste at the expense of developing their own.

Unfortunately, it appears that Russia, and likely many of our other rivals (and allies) in the world, believe that many Americans are incapable of the level of critical thought necessary to question what they are being told by authorities in the media, business or government. As a matter of national security, we need to assess what we are doing in our schools to promote this type of thinking.

Decades ago, America changed its schooling in response to the Soviet’s launching of Sputnik. But the latest attack on our elections by the Russians is a much more serious menace than that orbiting ball of metal ever was.

Are we prepared to reassess how we educate our students to meet this new and greater threat?

The PBS NewsHour Teachers’ Lounge blog, written by teachers or school-related staff, gives the public a glimpse into how current events affect life inside schools. If you are an educator and would like to submit an idea for a Teachers’ Lounge topic, please write Victoria Pasquantonio, education editor, at vpasquantonio@newshour.org. Sign up for the PBS NewsHour Education mailer here.

Left: It ought to give all Americans pause that a foreign government thought it could change the outcome of our presidential election, writes educator Mark Weber. Image by Getty Images

Mark Weber is a veteran public school music teacher in Warren Township, New Jersey; a doctoral candidate and lecturer at Rutgers University in Education Theory, Organization, and Policy; and a former New Jersey public school parent. He is best known in education policy circles for his blog, Jersey Jazzman, where he regularly writes on school finance, charter schools, testing, and other education policy topics.

Russia’s sights are set on U.S. elections. Can states secure their voting systems in time?