The Trump administration is rescinding an Obama-era policy that had called for considering race in college admissions.

Seven guidelines set by the Obama administration that promoted diversity in classrooms and on campuses are being revoked by the Departments of Justice and Education, according to a statement provided to the PBS NewsHour today.

The Departments of Justice and Education will instead advocate “race-neutral” admissions, a policy set by the George W. Bush administration.

Today’s policy change does not have the force of a legal mandate, and needs congressional approval to become permanent.

The Wall Street Journal first reported on the planned announcement this morning.

It comes as the Justice Department is investigating whether Harvard University is illegally discriminating against Asian American students by holding them to a higher standard during the admissions process. That case could be headed for the Supreme Court.

A 2016 Supreme Court ruling allowed university officials to continue using race as a factor in the admissions process. But the ruling left room for future legal challenges to the practice. The opinion’s author, Justice Anthony Kennedy, announced his retirement last week, which could give President Donald Trump a chance to appoint a replacement that is a more reliable skeptic of the use of race in admissions.

Read the full text of the departments’ statement below. 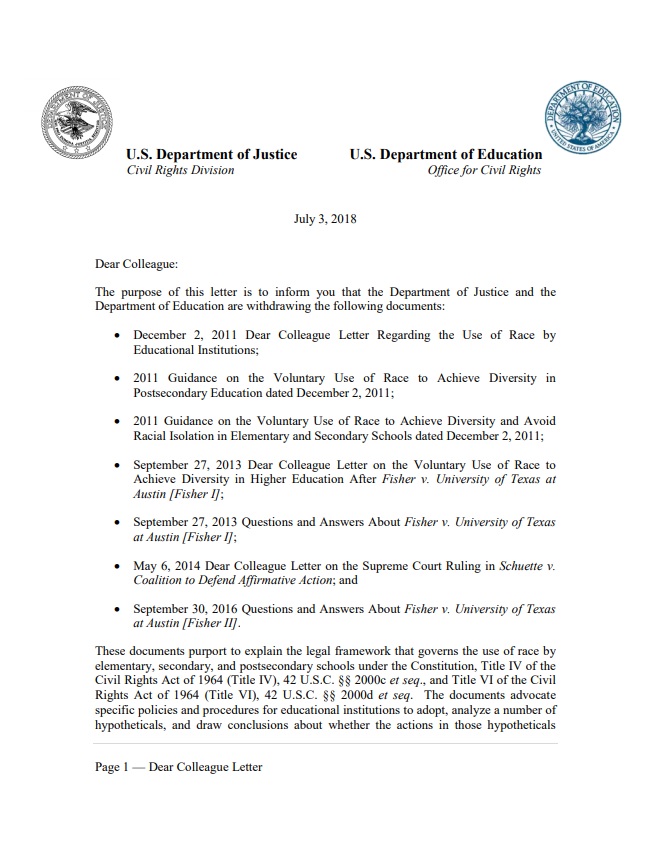 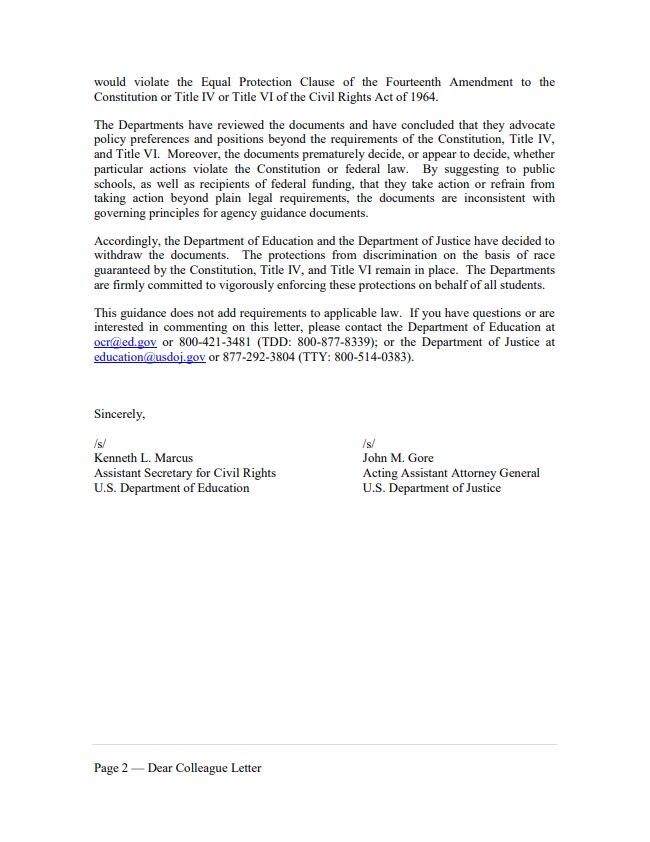 Left: A students sits on the steps of Widener Library at Harvard University in Cambridge, Massachusetts. Photo by Brian Snyder/Reuters

Should affirmative action be based on socioeconomic status?