The facts that paint a bleak, dark, down-and-out Motor City are not scarce. Whether it is the unemployment, or foreclosures, or crime, Detroit finds itself on lists like Forbes’ 20 most miserable cities. But in my travels, it ranks only second to New Orleans, in the sense that a turnaround is under way. 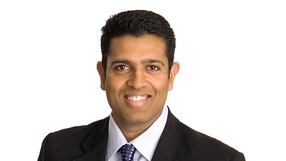 The dropout crisis is particularly acute here, with only 62 percent of the kids in the Detroit Public Schools making it to graduation. But what you’ll note behind that grim headline in the press release is that DPS has actually increased the graduation rate and decreased the dropout rate in the past few years. 62 percent is an improvement — from how bad things were before.

We highlighted a few different initiatives that are underway to try to turn the tide. The state of Michigan has ranked and identified the lowest-performing schools. A new statewide school district, the Education Achievement System is set to take over the lowest-performing 5 percent of schools across the state, starting in Detroit.

Non-profits like the Detroit Parent Network are acting as a bridge to help reconnect parents with their children’s education process. The state department of education has also launched an ambitious plan in 2009 called the Superintendent’s Dropout Challenge. Recent research on high schools participating in the challenge show that they have decreased their dropout rates by 9 percent and increased their graduation rate by 10 percent.

Schools like Cody High, which participates in both the Superintendent’s challenge and the Detroit Parent Network, are breaking themselves into smaller schools, to try and give each child more attention.

The dropout situation in the United States has been well-documented, and it’s important to understand that many of the solutions for getting kids to graduation have already been thoroughly researched. Some important resources for anyone interested in the subject include the Building a Grad Nation report by Civic Enterprises, in conjunction with America’s Promise Alliance. You can watch one of the authors of the annual report, John Bridgeland, frame the issue in a recent interview with Gwen Ifill here. The Department of Education’s What Works Clearinghouse also produces a helpful Practice Guide for dropout prevention.

There are free early warning detection tools online from the National High School Center for teachers that help them identify both at the middle school and high school levels which students are in danger of dropping out based on attendance, behavior problems and course proficiency.

There is research showing how crucial the transition years are for children, and how more high school preparation may be necessary. Some researchers have even explored how the relationships between teachers at a school — namely the level of trust — have an impact. The Future of Children repository from Princeton University and the Brookings Institution is also worth searching for social science research related to youth.

For all the research, programs and initiatives, and the collaborations between state, local and federal governments, it all comes down to execution. There are myriad political hurdles that stand between looking at data, crafting policy and ultimately convincing a wide range of stakeholders that any of it ought to be implemented in the classroom.

The classrooms are at the front lines, and I believe that most of our teachers take on this challenge because they truly do want to improve the condition of each of their students. Some of the stories I heard in Detroit of the lengths teachers go to in order to make sure their students have a hot meal in their stomachs, clean clothes on their backs, or even a roof over their heads are at once inspiring and heartbreaking. Again, this is not a union vs. non-union, Republican vs. Democrat, ideological reality. The facts are startlingly clear: there is an enormous challenge facing a very large population that has been failed by our education system.

Ask any researcher, academic, educator or administrator, and they’ll echo the urgency of attacking this problem. We’ll be doing several pieces under the umbrella of American Graduate in the following year, so stay tuned.

Read more of our reporting in the American Graduate series.