Threatened with closure, one historically black university charts a path to recovery

When Darian James walks across the South Carolina State campus in her hometown of Orangeburg she sees a place where much of her life to this point has played out. It’s the place where she went to preschool through middle school.

She also sees the place that won her over, despite a desire to get away from home to go to college, by offering her an opportunity no other historically black college or university, or any other university in South Carolina could — the chance to be a nuclear engineering major.

But since February, when state legislators floated and then dropped a controversial proposal to close South Carolina State for two years to bring long-simmering financial troubles under control, the public has seen a different version of the state’s only publicly funded historically black university. One that includes a six-year graduation rate of 36 percent, an expected deficit of more than $23 million by next month, and an upcoming vote by the school’s accreditors on whether to lift or continue a probation on its accreditation or end that accreditation all together.

Students, faculty and alumni of South Carolina State on why their school is worth saving. Videos by PBS NewsHour.

The school’s financial struggles started long before January. State funding for the university is down 46 percent from its 2007-08 high, a larger decline than any other four-year school in the state saw over the same period. Student enrollment has dropped from nearly 5,000 in 2007 to fewer than 3,000 this year, in part because of uncertainty over the school’s financial future. A lawsuit filed on behalf of students and alumni argues the state allowed South Carolina’s other public schools to duplicate most of SC State’s academic programs, making the campus less competitive.

Turmoil has defined the school’s leadership as enrollment and funding have dropped. When W. Franklin Evans was installed as acting president in February, he became the seventh president since 2007. Earlier this month lawmakers struck a deal to fire and replace the school’s board of trustees. The new board will have its first meeting tomorrow morning. Its members come from the worlds of finance and academia and are slated to be in place until 2018.

Less-selective, regional colleges across the country are straining under the same factors SC State faces: declining enrollment and tuition revenue, declining state support, more competition from online programs and little or no endowment to fall back on while the institution adjusts.

But those challenges may weigh more heavily on some publicly funded historically black college and universities like South Carolina State, according to Marybeth Gasman, director of the Center for Minority Serving Institutions at the University of Pennsylvania.

“They have low alumni giving rates,” she said. “And they don’t have a safety net to rely on because of the way they’ve been underfunded and discriminated against throughout history.”

While these schools have weaker funding bases they are serving a disproportionate number of students who are first-generation college goers or come from low-income households.

Strong, vocal leaders who are focused on the particular needs of these types of students are one hallmark of historically black institutions that are thriving, Gasman said. If South Carolina State’s new leaders can turn the campus around, it could be a roadmap for other ailing schools.

Ed Patrick, the school’s interim vice president of finance, is advocating for cost cuts past leaders were unwilling to make and proposing more manageable repayment plans for millions the school owes to the state and campus vendors.

“So far, no one’s turning their backs on me,” he said.

Calls from South Carolina State supporters for increased state funding are likely to be met with skepticism since a $6 million emergency loan from the state last year didn’t stop the school’s finances from unraveling further. 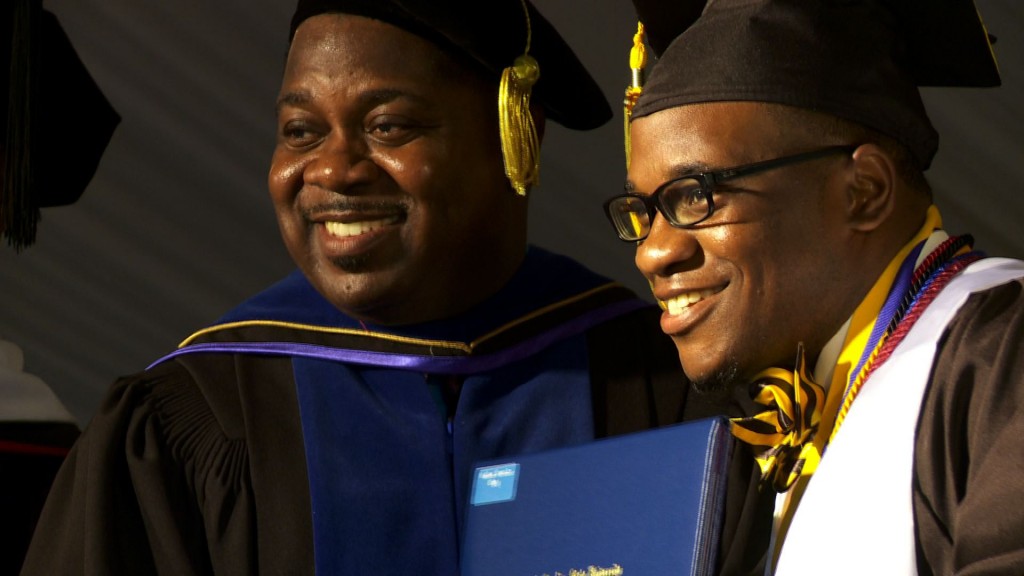 “There is certainly merit in saying that the university should receive additional funding,” said Gilda Cobb-Hunter, who has represented Orangeburg in the state’s House of Representatives since 1992, “but to be fair that applies to all the other 32 institutions in this state. The difference with South Carolina State compared to some of the other universities, quite frankly, is the revenue these other universities have been able to generate either through alumni, through research or private donors.”

The previous board launched a $20 million fundraising campaign in April and a student think tank assembled by Patrick and Evans wants to raise $1 million for campus scholarships this summer.

“When you see issues that need to be resolved, as opposed to just sitting and saying ‘OK, that needs to be done, they need to do something about this’ why not start with us?” said Omari Richards, a rising sophomore and business management major who is part of the student think tank.

To grow enrollment though, prospective students will have to believe they can get something on the Orangeburg campus other universities can’t offer.

Gasman and other say one thing SC State and other historically black colleges have excelled at is finding and support students who might not otherwise make it through college.

And for many SC State alumni, that’s what still defines the school for them — it was a place that gave them opportunities no other university could or would.

Abraham Turner, a retired Army major general, went through the SC State’s ROTC program and graduated in 1976. He said the Bulldog Battalion has commissioned more than 2,000 military officers since it started in the 1940s, including 19 generals. Even amid financial upheaval, the class of 2015 included the school’s largest group of commissioned officers coming out of the ROTC program.

For Vernell Brown, who heads the school’s national alumni association, the school is a landmark of South Carolina’s civil rights history. She watched from the roof of her dorm on Feb. 8, 1968, as police fired on students who were demonstrating at the main campus entrance for the desegregation of the city’s bowling alley. Ambulances did not come to the campus. Three students died in what is now called the Orangeburg Massacre and dozens were wounded.

“It was a dark thing for the state of South Carolina, that three young men got killed and probably 60 or more got shot for nothing,” she said. “It was not about the bowling alley, but it was about the right to go and be where you wanted to be. I think it’s important not to rehash, but that students will know what people went through for what they see on campus today.”

On campus today, Evans is looking to the school’s science, technology, engineering and math programs to offer students opportunities they won’t find on other South Carolina campuses. 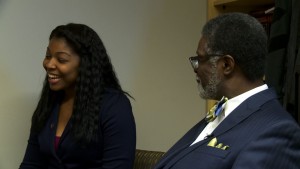 The nuclear engineering program that convinced Darian James to attend SC State is the only undergraduate program in the field in South Carolina — a state with seven operating nuclear power plants and two more in the works. It is also the only such program at a historically black college or university. Enrollment in the program grew or held steady as the university’s overall overall enrollment dropped.

Where the program excels, according to Kenneth Lewis, SC State’s dean of science, mathematics, engineering technology, is with supporting students with the potential to excel who may not be in the running for competitive programs

“A lot of our kids are rural kids from small towns, rural towns in South Carolina where they might not have calculus, for example. We spend a lot of time with those kids, developing them, encouraging them, and strengthening their background, “ he said. “I think that distinguishes us from larger majority institution where you might have students that are better prepared coming in. We make sure that the end of our students’ careers, that they can go anywhere and perform well.”

The department got state approval this month to start a new degree program in industrial engineering and has plans to apply to start a civil engineering program. Lewis expects those programs to have the same draw.

The chance to enter a unique field brought her to South Carolina State, but that isn’t what she’d say the campus’ biggest selling point is today.

“That family environment taught me to get comfortable being uncomfortable. It pushed me,” she said. “Just being in Wisconsin this semester it showed me that I felt very confident there and it didn’t hurt to ask for help. So, South Carolina State molded me into a person that is not afraid.”

Editor’s note: This post has been changed to correct the following errors. It originally stated lawmakers proposed closing South Carolina State University in January, they made that proposal on February 10. W. Franklin Evans was also identified as interim president of the school, he is acting president.

Left: Darian James, a nuclear engineering graduate of South Carolina State, said it has been hard to see the school she loves plagued by financial strife and negative media attention. Photo by Kyla Calvert Mason/PBS NewsHour