Sunscreen is banned from many schools. State legislators are working to change that.

State Rep. Craig Hall of Utah has four redheaded school-age children, lives in the state with the highest rate of melanoma in the country, and buys sunscreen “in the Costco size.” He is an unabashed proponent of sun protection.

But when Hall, a Republican, introduced legislation this year to allow kids to bring sunscreen to school — which starts Aug. 21 in his district — he said his fellow state lawmakers were a little less enthusiastic. “My colleagues’ first reaction to this bill was mostly, ‘Seriously? We need a bill for this?’”

Like ibuprofen or hay fever medication, sunscreen is considered an over-the-counter drug by the U.S. Food and Drug Administration, and therefore by almost all schools. That means kids can’t bring it to school without a doctor’s note, and even then must see the school nurse in order to use it.

The result: Teachers leading a sunny field trip are free to cover themselves in a thick protective layer of sunscreen. But in most states, children can’t follow suit. In Indianapolis, for instance, kids go back to school July 31 — the height of summer — but they must have a doctor’s note to bring sunscreen to school, and visit the school nurse to put it on.

That is beginning to change. In the past four months, Alabama, Arizona, Florida, Louisiana, Utah and Washington have enacted laws declaring students may use sunscreen in school and at after-school activities, no doctor’s note required. Those states join California, New York, Oregon and Texas, which already have lifted the ban on sunscreen in school. The laws in Arizona, New York and Washington also stipulate that kids may bring and use sunscreen at summer camps.

The legislation is designed to allow school districts to implement “sun safety” policies that encourage kids to use sunscreen and wear hats and long sleeves in the sun — though in a nod to school dress codes, the legislation allows schools to ban clothes and hats deemed inappropriate.

Sunscreen legislation is also in the works in Massachusetts, Pennsylvania and Rhode Island. A sunscreen bill that cleared the Senate in Mississippi died in a House committee, and a bill introduced in Georgia has stalled.

“Parents, I think, are the best decision-makers on” their children’s sunscreen use, said Republican state Sen. Terry Burton, a co-sponsor of the Mississippi bill. It would have required the state Education Department to write a sun safety policy for districts to follow. “The school should not interfere with that decision that a parent makes to protect their child.”

Legislators say they are motivated by angry parents whose children suffered serious sunburns at school events where sunscreen was banned. “If you just Google ‘kid sunburned at school,’ ” Hall said, “some of the stories are horrifying.”

In Rhode Island, Democratic state Rep. David Bennett said the state’s 2016 law requiring daily school recess makes it more important that kids be allowed to put on sunscreen by themselves. “The kids are impatient. They’ve got 20 minutes. They’re not going to stand in line for 20 minutes’’ while a teacher applies sunscreen, said Bennett, whose bill passed the lower house and is now in the Senate. “By the time she gets done with the last kid, the 20 minutes is going to be over.”

But Bennett ran into opposition from the Rhode Island association of school nurses, which opposes the bill. Unlike other state sunscreen laws, Rhode Island’s legislation has no language to address liability for school employees who may apply sunscreen and for school districts. The school nurses group also believes sunscreen should be kept out of classrooms because of potential allergies among students.

Diane Kowal, president of the Rhode Island Certified School Nurse Teachers Association, said two children in her Coventry school district carry EpiPens because of sunscreen allergies. Parents could be sending their kids to school with sunscreen and a doctor’s note, which would allow her to dispense the sunscreen, she said — but they don’t.

While she receives doctor’s notes from parents to administer ibuprofen and even cough drops, she has not received any to permit sunscreen use, even at annual school field days when she alerts parents to be sure kids are protected from the sun. “They all show up with the hats and water bottles,’’ but no sunscreen, Kowal said.

“We’re not against sunscreen,’’ Kowal said. “There just needs to be language to protect everyone, from the person putting it on to the kids sharing it.”

Bruce Brod, political advocacy chair for the Pennsylvania Academy of Dermatology and Dermatologic Surgery, said a serious allergy risk is unlikely. “A kid might be allergic to hair gel. The question is where do you draw the reasonable line?” 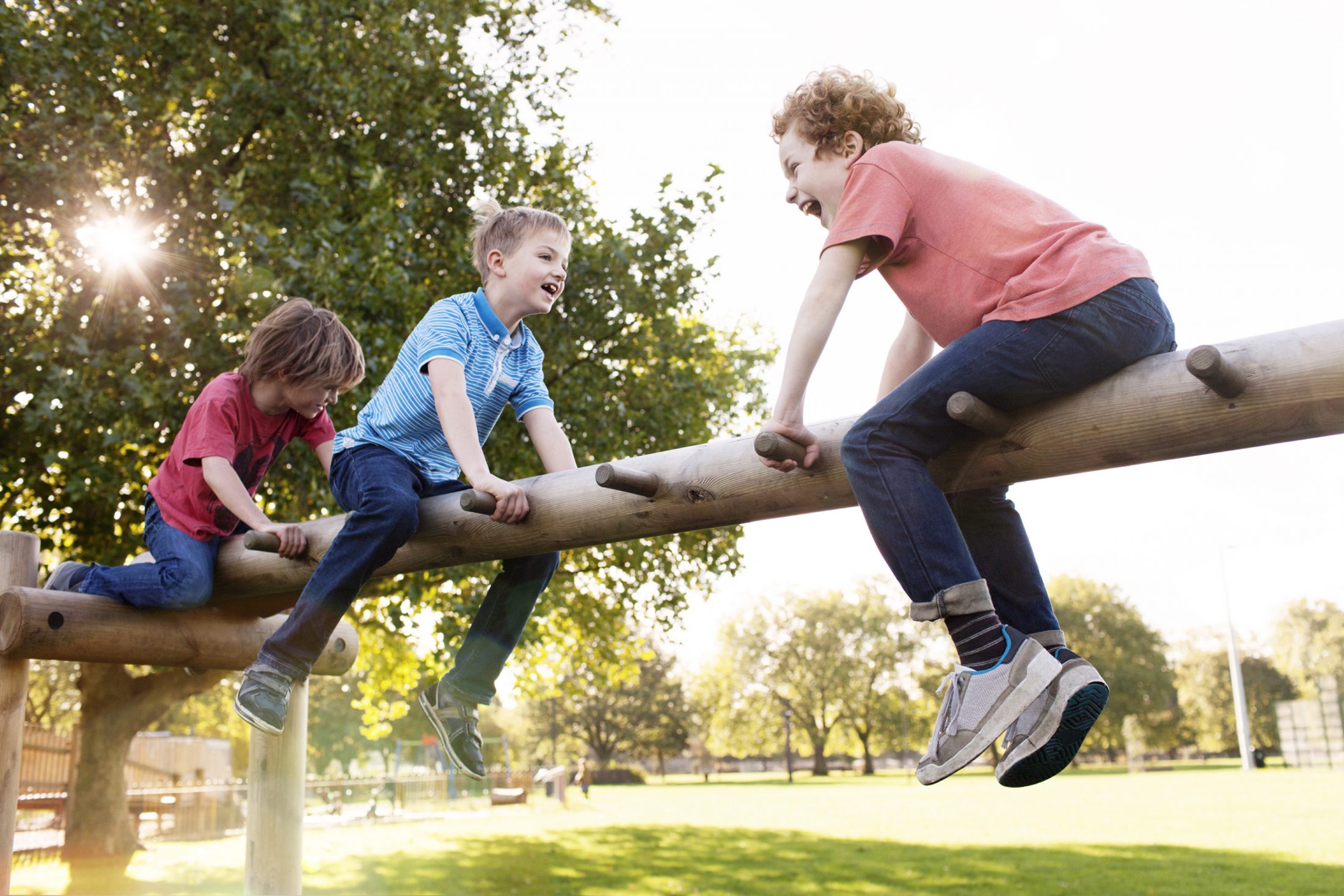 Beyond media coverage of kids with lobster-red sunburns, the legislation has been driven by an advocacy campaign from a coalition of medical groups including the American Academy of Dermatology Association and the American Society for Dermatologic Surgery Association, whose members decided in March to push for sunscreen legislation. The dermatologic surgery group wrote model legislation and earmarked $30,000 in grants for state dermatology organizations to lobby for the bill. The dermatology association also provided advocacy grants to state groups.

The quick results — four state laws in three months — are because “it’s an issue that doesn’t seem to be politically divisive at all,” said Terry Cronin, a Melbourne, Florida, dermatologist and head of the advocacy working group for the dermatologic surgery society. “Everybody sees that kids need to be protected from skin cancer and they should be protected with sunscreen.”

The medical groups say they are hopeful that Illinois and Ohio will take up sunscreen legislation next.

Some sunscreen laws specify that schoolchildren may put on their own sunscreen and that school personnel may volunteer to help them. Utah’s law, for instance, includes a provision that if a child can’t apply her own sunscreen, a teacher or school employee may do so, but only with the written consent of the parents. The school and its personnel are not liable for either a reaction to the sunscreen or for not reapplying it.

“The real difficulty is a lot of the teachers and nurses are uncomfortable having to apply this on children because they don’t want to be seen as handling the child,” Cronin said. Sunscreen bills which exempt sunscreen from being administered by school personnel — as medications such as ibuprofen must be — mean that teachers can show students how to put on their own sunscreen.

Sunscreen legislation is appealing because it doesn’t require the state to spend money: simply tell parents they can send sunscreen to school with their children. But as parents may already know, just because kids can wear sunscreen doesn’t mean they will. Nor will school districts necessarily get the message.

California was the leader in sunscreen legislation: The state enacted a law in 2002 allowing sunscreen to be used in schools without a doctor’s note and requiring schools to let students wear hats and protective clothing when outdoors. “Billy’s Bill for Sun Safety” was named for Billy Graham, who died of melanoma at the age of 22; a foundation started by his mother after his death lobbied for the legislation.

While many California school districts updated their sunscreen policies as a result of Billy’s Bill, surveys have discovered that “many schools had not changed their practices even though the district had changed its policy,” said Jeff Ashley, a Burbank, California, dermatologist and president of Sun Safety For Kids, a nonprofit that advocates for improved school policies and helped write the California School Boards Association sun safety policy.

“From passing the bill to actual student behavior — there are a lot of steps in between,” said Julia Berteletti of Klein Buendel, a Colorado health communications firm that is working with Ashley to study California school districts’ compliance with the state sun safety policy.

“We’re also finding, anecdotally, that even if a district passes a policy, that doesn’t always translate into the principal knowing the policy.”

Why might schools be slow to adopt the new approach? “This is speculative, but I think schools object a little bit to having to be babysitters. They feel a bit overwhelmed just trying to meet all the educational goals,” Ashley said, “even though everyone agrees that sun safety is prudent.”

Even if school personnel begin promoting sunscreen use with their students, gauging whether kids are more protected would be tough because there is little information on how often kids use sunscreen now, Berteletti says.

Regardless of difficulties in implementation, the new state laws “send a clear message that this is something we take seriously,” said Brod, the Pennsylvania dermatologist. “We know beyond a shadow of a doubt that sunlight is cancer-causing. It sends that message to the parents, to the teachers. It really is something very important.”